3D Printing has been quite a nascent technology. Nevertheless, it has been developing a faster pace and has been considered to be the next big thing.

3D Printing and the way it works

How does it work? Well, all of it begins with a digital image of the final product. The Digital Model as this piece of the file is called, can be created using 3D scanners and 3D Modelling software. Once this model is ready, now it is time to print it. And for the purpose, you will need a 3D printer.

Before being printed, the digital model goes through a process called Slicing. Slicing divides the 3D model into thousands of Slices or 2D images. Once the model is sliced, you now need to feed it into the printer. The 3D Printer will now read each of the slices and creates a three-dimensional object. There are different technologies used in 3D printing.

The initial application of the 3D printing technology was limited to Prototyping. However, of late the technology has been making inroads into the mainstream manufacturing.

Medicine - This is one of the major areas where 3D printing has been widely used. Surgeons are using the 3D printed models of human organs. That would let them study the organs more accurately. On the similar lines, attempts are on to make 3D organs as well. 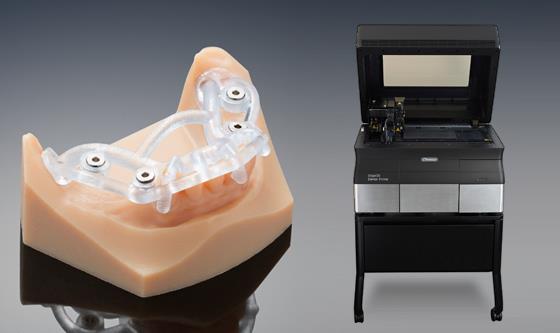 Art - Artists will be greatly benefitted with this technology. They will now be able to come up with the virtual models of their imagination. It can also be much useful in imparting practical education.

Aerospace - 3D printed components will aid in reducing the overall weight of an aircraft. Military organisations have been keenly following the developments in the technology.

In the direction of making a better use of 3D printing technology in the medical field, Altem Technologies has been a clear leader. They have developed dental 3D printers under the brand name Object Series.

Altem Technologies is a leader in 3D printing technology and has been striving to make it popular. The firm was founded in 2011 by Prasad Rodgi and his team.

It has operations in Bangalore, Chennai, Pune, Ahmedabad, Kolkata, Delhi and Hyderabad. You may visit www.altem.com for details.

The new Object series dental printers will enable the dental clinics to fabricate the stone models for appliances, delivery trays and retainers among other products from the comforts of their desktops. 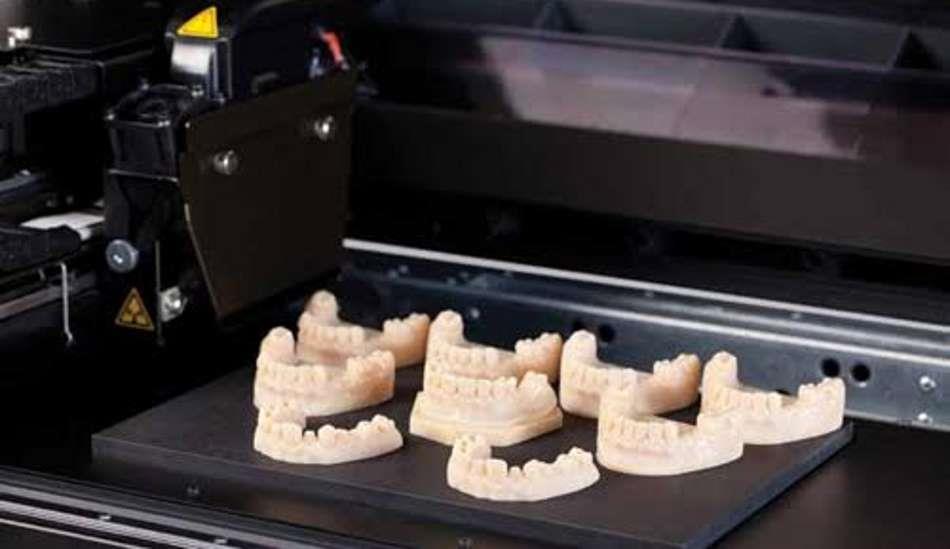 The product has been developed in close association with its strategic partners, Stratasys and SLM and aims to redefine the way dentistry is undertaken in India. The new Object series 3D dental printers have been claimed to cut down the unnecessary time consumed in the procedures currently involved in the design and development.
The Object series 3D dental printers are available in different formats based on the nature of the application -

Objet 30 Orthodesk - This would be suitable for smaller units. Dental clinics can use this setup for optimum results.

Objet30 Dental Prime - This is the best option for the medium sized set up. They provide you much accurate results.

Eden 260VS - This is the printer that aims at minimising the time and effort needed to create models. It has been claimed to be first PolyJet printer.

Eden 500V - This happens to be the high-end product in the genre. It is best suited for the mass production and bigger labs.

Well, it appears that the future of 3D printing, especially in the orthodontistry appears to be looking forward to a great future ahead. Firms like Altem have been quite effective with their all-round expertise. Altem aims at improving the delivery time and the quality of service along with the reduction in the servicing time. Like Mr Prasad Rodagi, the Founder -Director at Altem Technologies says,

That effort from Altem Technologies should go a long way in promoting the 3D printing technology in India. We do look forward to more such products, so that will be improving the standard of oral health in particular and general health in general. Share your views on this new technology and the dental printing. We would welcome you to come with your opinions on the 3D dental printers introduced by Altem.

3D Printing and different technologies involved in it

3D Printing has been touted as the next big thing as far as printing technology is concerned. However, it could be too early to predict such a possibility so soon. The technology has been evolving right now and needs to go through more development to find widespread use. We will find out how this technology works and the different technologies used in it.

Top 3D Printers to buy in India- Features and Prices

Check out the best 3D printers available in India. Craft you 3D model from any 3D model or electronic data source through this advanced machines. See their prices and features and select the one which suits your needs the best.

3D Printing has been there now for quite some time. It has made the dream-come-true for the manufacturers. Till now those objects and shapes which couldn't be printed through the traditional printing process and manufacturing units can be done by 3D printing right there on the spot. So is it a milestone achieved through the futuristic printing technology called 3D Printing, let's see.

3D printer market is in demand these days. Last couple of months, many manufacturers have managed to release plenty of Android and iOS apps for their printers. However, many apps on Android are not compatible with multiple printers in the market. In this article, we review some of the generic Android Apps that you can use for printing on different manufacturer printing machines.