Google has always been a front runner when it comes to developing newer software solutions. It has now ventured into a new operating system. As with other projects that Google undertakes, there is not much information that has been revealed. Google Fuchsia has been touted as the operating system that runs across a multitude of devices.

Google does have two operating systems in its line up - Android, that powers a majority of mobile phones worldwide and Chrome OS which is the power behind Laptops and Tablets. One common concept behind both these operating systems is they are based on Linux. Though Linux has been treated as one of the robust building block for a software, it does have certain limitations. It is not feasible to use it with embedded systems like GPS units. With the emphasis on IoT - Internet of Things growing, Fuchsia appears to be Google's attempt at having its own OS for those systems.

What is Google Fuchsia?

Well, as has been indicated above, Google Fuchsia is a new operating system under development by Google. And that is exactly what Google stops at. They are not letting us know anything more than that. The Google engineers have already deployed the code on GitHub and Google's own repository. That makes it a open source platform as well. 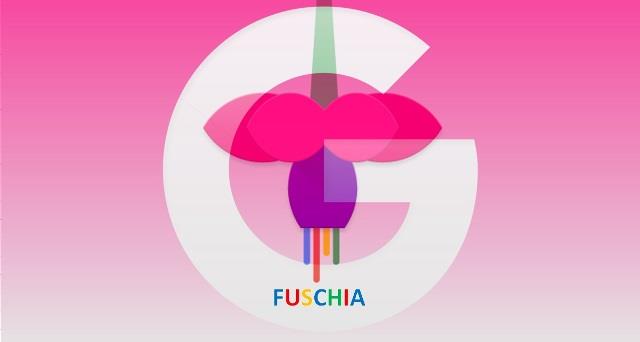 Going through the documentation of Google Fuchsia reveals a few more tidbits about the new OS. The first that will strike you in comparison with the other OSes from Google is the base on which the platform has been built (or rather, planned to be built). As we have seen earlier in this article, Linux has been the base of all operating systems developed by Google so far. Fuchsia is a huge change.
Google Fuchsia is based on Magenta Kernel. Magenta is a part of Little Kernel (known in short as LK) project. The LK project is an OS meant for embedded devices. Magenta is designed for the devices with higher memory. Google Fuchsia will have Magenta built on top of LK.

What is its purpose?

What exactly has it been built for? That again draws blank responses. Google has not come clear on the purpose for which the OS is being developed. Usage of LK project makes us guess that the new operating system is meant for smaller embedded systems. A desktop client like Linux would not be suitable for such devices as it can cause performance issues. With the growing development and market for IoT devices, Google may be planning to keep itself safe with a well developed operating system.

Another theory doing the rounds is quite exciting for the technology buffs. Google may be thinking of replacing Android and Chrome OS with Fuchsia one day. Magenta Kernel powering the operating system can be an indication in that direction.

Which devices is it supposed to run on?

Google Fuchsia can be a mixture of both worlds - Android and Chrome OS. There have been expectations about Chrome - Android merger since long. Could it be a beginning towards that goal? Maybe. 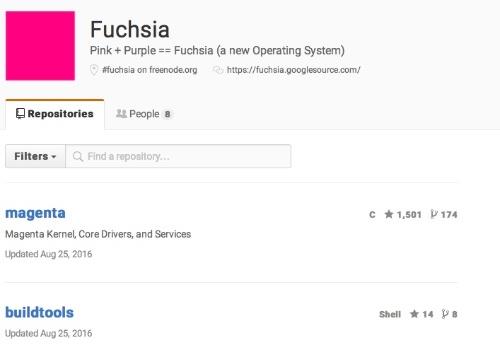 Google documentations state that Fuchsia is for

The future of Google Fuchsia

To be frank, we are not yet aware of what this new piece of software is at present. It could be too early to predict the future of Fuchsia.
As of now, we see a great possibility of the new operating system being meant for the embedded devices. There is no clear information available about what the software has been built with and what devices would it support.
Google Fuchsia is set for a January, 2017 launch. However, we do not have clear cut proof for the same. May be it will not see the light of the day.
As the things stand right now, we see a couple of possibilities. Maybe it will replace Android and Chrome OS after a series of future improvements. It could take several years if that really happens.
One more likely fate of Google Fuchsia could be it is just a spare time activity for the software engineers at Google. Well, that was what we meant in a lighter vein. What we mean by that statement is it could be an experiment and may not be launched as a commercial project. It may be being developed as a prerequisite for something more larger.

It could be a far fetched idea as things stand now, but not impractical either. Android uses Linux which is actually not meant for smartphones. Several tweaks to the kernel have resulted in a lot of bugs. Replacing it with something really open source can breathe life into Android.
Being a software developed solely for the smaller systems, Fuchsia can be a good replacement for Android. Being a product of Google itself, they will not have any issues of licensing either. We will in fact look forward to such an announcement from Google.

Nothing concrete has till now been revealed about Google Fuchsia. It has just been stated as an operating system that is capable of running on all systems and devices. Since, Google is coming out with the information in parts, we may as well conclude that the software may not make it to the commercial launch anytime soon. Let us just wait for further updates from Google.
What do our readers think about the options before Google? What do you think Google is developing the new OS for? Share your views with us. We value your opinions and would be glad to address them further.