UPI was rolled out by the RBI in the dying weeks of August, 2016. For a layman, terms like UPI, IMPS or NCPI may not make any sense. Add to it the new apps and software being released by the banks like Pockets from ICICI or PhonePe from Flipkart. What exactly do all these stand for, and more importantly – how are they going to benefit you? That is exactly the purpose of this article.

UPI, to begin with, is an acronym for Unified Payment Interface. In essence, it is a payment system. Just like you would use mobile wallet like PayTM or MobiKwik, or your cheques, or even your debit cards. 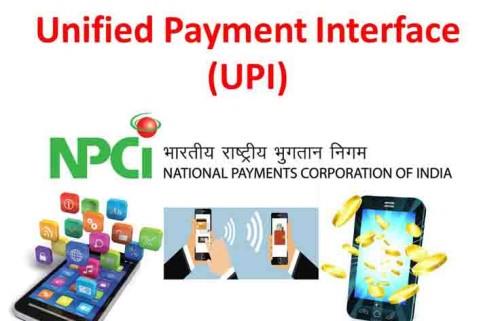 You can use it to make payments to your friends, pay your bills, or even make payment to your regular vegetable vendor. The transfer of funds takes place almost instantly, and the amount is transferred to the beneficiary account almost instantly and securely.
The system would work on the same lines as IMPS – Immediate Payment Service, or Immediate Mobile Payment Service. There would not be any restriction or timings involved as the service will work on a 24x7 basis. You can make use of the UPI to make payments even on Sundays and Holidays.

How shall I begin to use it?

Well, the service has already gone live. You will only need to download the UPI enabled mobile app from your bank to start with. There are 21 banks that have already joined the UPI bandwagon. 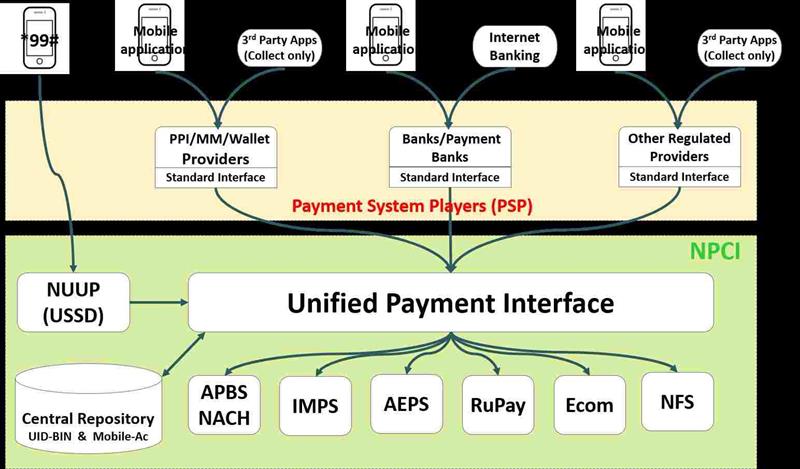 Just download the UPI app from your bank. Once you download, and run the app – you will need to verify your mobile number. Now link your bank account number with the app. And that does it – you can now begin to use the UPI service to make and receive payments. It is as easy as launching the app linked to your account, enter the payee ID, the amount to be transferred and tap on Transfer. No need for passwords, IFSC codes and account numbers.
Currently, 19 banks have launched the UPI enabled apps on App stores. Other banks are expected to follow suit soon. Moreover, E Commerce sites like Flipkart too have jumped into the new technology initiative with its specific app.

Is it accepted everywhere?

Well, that could be something that has no easy answer right now. The service has been launched just now. It may take a little while for the merchants and beneficiaries get used to new way of making payments.
As of now, there are not many places where you would be able to make use of UPI for payments and transfers. You can use it to make direct bank to bank transfers like paying off your rents, or repaying the money your friend might have lent you. Ideally, it should be a best way to make payments in cases where your merchants accept payments by cheques, and bank transfers.
Flipkart has launched the UPI app PhonePe in partnership with Yes Bank. That would enable you to make payments for your purchases through the online merchant through UPI. The exact way in which it would work is not currently known. But, this initiative will definitely force other E Commerce giants to follow suit.
Given the use of use and the availability all through the day, the payment system can be helpful in more ways than one. We would expect a faster adoption soon.

How is it different from existing online payment modes?

We already have a huge number of different payment systems in place – IMPS, NEFT and RTGS being a few of them. Where exactly is the need for a newer system again? What makes UPI different from these modes?
A valid point, actually. The basic difference between UPI and NEFT/RTGS is the delay in getting the funds transferred. The payment by UPI is instantaneous. Moreover, NEFT or RTGS transactions operate on time based batches. You would not be able to use those transfer modes on Holidays and Sundays. UPI, on the other hand, can be used to make transfers at any time of the day, all round the week.
As for IMPS, the technology behind UPI and IMPS remains the same. But, it does come with a lot of hiccups. If you want to use IMPS, you will need to log in to your own bank's app and add the recipient. Even adding the recipients is a little cumbersome. Even after adding the recipient, you need to authorise him/her. Adding the beneficiary is not an easy task either – you would need to enter details like their account number, bank branch and IFSC code.
UPI simplifies all that. The task of making transfers is quite easy and never painful. In fact, we would not hesitate to state that the UPI system is better than debit cards. There are certain areas wherein your cards won't fit in the scenario – for instance, making payment to your vegetable vendor, or the street side grocery shop. Even where the card payment is accepted – like your electricity bills, or online purchases – you need to enter all those card numbers, CVV numbers, card expiry dates and all and then wait for the OTP. UPI does away with all those requirements. The transfer of the funds is almost instant, with a just a couple clicks.

Which banks have joined in?

Well, the banks are in the process of introducing the UPI system in a phased manner. As of now, 19 banks have launched their official UPI apps. The list reads

A few banks that are part of the UPI initiative, but still to come up with their UPI enabled apps are Bank of Baroda, State Bank of India and HDFC bank. Moreover, Flipkart, one of the most popular E Commerce operator has partnered with Yes Bank in developing the UPI app PhonePe and plans to introduce UPI based payments.

The service is interoperable. What we mean by that is you need not necessarily have the app of a bank in which you have your account maintained. The choice of an app should be yours and it will depend on how you like the app, but you can use the same app for different accounts you have maintained in different banks.
That would make it equivalent to how we use ATMs. It uses the same technology that NPCI (National Payments Corporation of India) uses in making the ATMs interoperable.
Even mobile wallets are expected to benefit from UPI system. We may need to wait till NPCI makes UPI work with mobile wallets. It can be a way to top up your mobile wallets, or remove any lack of interoperability between certain services.

Yes, there are nominal charges involved in using the UPI service. You will be charged Rs. 5.00 for each transaction carried out through UPI. Even the IMPS transactions are charged on the same basis. Please note that the service charges will attract additional service tax at 15 percent.

It is still a new concept and may take a little time to sync in. The flexibility it brings up in your financial management and payments is indeed commendable. UPI makes it possible to create a society with cashless transactions. It could also mean putting plug on corruption to some extent.
We have made an attempt at explaining the concepts and working of the UPI regime. If you have used the system, share your views here about the experience.