The Android 7 alias Android Nougat has been creating quite a buzz for some time now and now it looks like that this exciting Google new mobile OS may get launched any moment now. According to rumors, the Canadian network operator Telus' software update schedule and LG's preview program for the new OS for Korean G5s might have strongly influenced the decision. With the date nearby, let's take a sneak-peak into some of the best new Android Nougat features and how far it has come from its preview teaser: 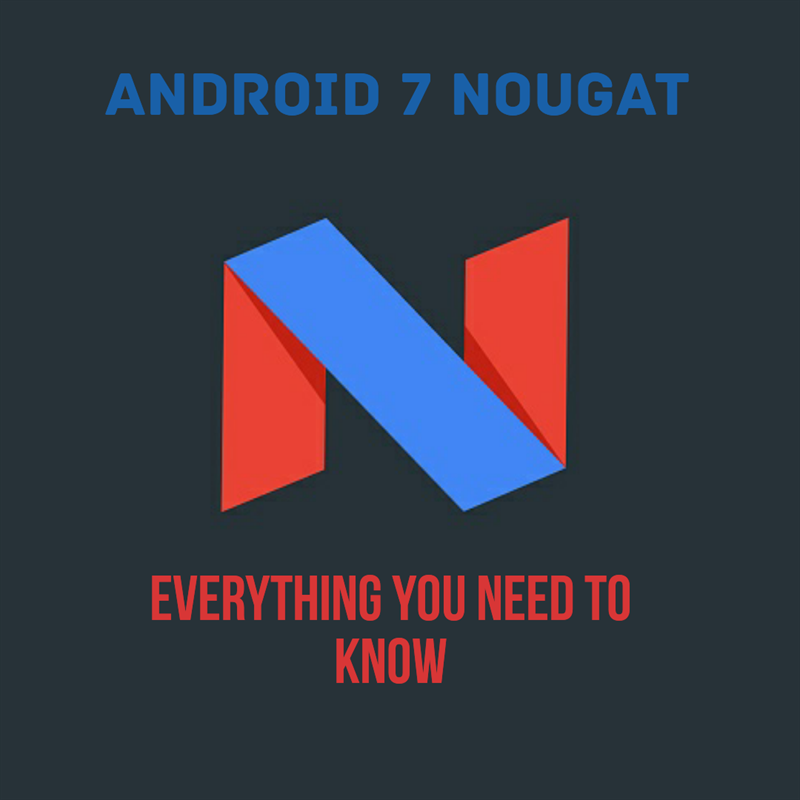 This feature has actually surfaced as a new feature from Google, not only on Android Nougat but also on its 2016 I/O developer interface. However, Nougat seems to be its first official launch pad which will enable the users to access parts of apps without requiring installing them. Through this feature, you can simply download the modules of codes that you require instead of the whole thing. This really saves much of the hassle of installing apps.

This is another cool feature inspired from the way Google's Chrome book is seen handling its updates. Now you need not download and install any update and reboot it, but the entire process has become automated with Android N downloading and installing it automatically on a secondary partition. On rebooting, Android will switch partitions all by itself and the update would get installed automatically. Thus, you can expect to bid goodbye to the "Android is upgrading" screen greeting you after a reboot.

Through this mode, developers can self identify apps that have been running on high intensity for long durations. For instance, apps like VR or hi-res games. The mode helps set the device performance levels, which can be sustained for that period without damaging the CPU or the battery. This improved performance is because of the addition of the new JIT compiler.

Following the footsteps of Samsung and Acer, Google has finally baked its own version of side-by-side split screen support. It could be accessed in varied ways through the 'overview tab' Once you have opened a few tabs, you would need to press and hold the task switcher to get the secondary list of options split alongside it. You also have the option to resize the screen and give one app more space than other. One big feature that is attracting great raves is the ease of switching over to the last used app by simply double tapping the overview tab. Now bouncing between two tabs is faster than ever. Even the apps can be resized.

This is truly a welcome feature for the users. Bid goodbye to third party solutions and block numbers directly from this vanilla Android. The functionality is reportedly quite robust with the block list surviving and remaining effective even after restarts and resets.

This is another notable interface change. With this, you can quickly reply to messages right from their notifications which will now be full-width of the screen and stacked right atop each other. It also allows more options like 'bundling' multiple alerts in a single notification which will be a real time saver. Notifications will continue to show consistent and exact behavior, no matter where they are and can easily be swiped away to dismiss. I seriously would not be surprised if popular apps like WhatsApp take advantage of this extremely attractive and convenient inline messaging feature.

If there is one big tech craze right now, it's Virtual Reality or VR and Goggle seemed to have taken due note of it by optimizing its Android N OS for it. Its Daydream software platform has now enhanced performance with single buffer rendering and access to CPU core which is exclusive for VR apps. Developers would love exploiting its smooth head-tracking and stereo notifications for VR. Discovering and consuming VR content will now be smoother and sleeker enhanced further by the ultra low 20ms latency.

Thanks to doze2,the battery is saved immensely when the phone is in standby mode which can extend your battery life to about 15 to 20 percent.

The facial recognition feature continues with further improvement and will definitely make those happy who are obsessed with their phone security and privacy.

The interface of the camera has gone slight revamp with some new icons, faster shooting of photos in HDR mode and the reappearance of the Slow Motion in the hamburger menu navigation drawer.

The sexy new 3D Rendering API, Vulkan is imbibed in Nougat, which will definitely make managing multiple cores more efficiently and fluidly. It will be more timely, power efficient and definitely with better looks. Gamers and other users of graphic intensive apps would love it on their mobile.

Nougat has hordes of other new features and plenty of welcome tweaks to the old one. A new toggle for the calculator, better landscape mode rotation, a more consistent drag and drop options, a new data saver feature, return of the night mode, ability to put emergency info on your lock screen, the new messaging apps of Allo and Duo, better emoji and overall tighter specs-the list seem endless.

Features definitely promise a powerful impact, but what is the reality, remains to be seen. Despite being a welcome upgrade, it would only be available to those having the latest Nexus devices like Nexus 6, 6P, 5X, Pixel C, or Nexus 9 tablets. For others the wait might extend to well over a year. As usual, we can expect plenty of bugs. Their effects remain to be seen. Overall, it does not feel radically different from the Marshmallow apart from a handful of added notable user features. If the former was not your cup of tea, do not expect to fall in love with the latter. This faster and more secure Android will prove a heartwarming yarn for the Nexus owners, but others would have to wait out. All in all, Android Nougat promises to be less of a system hog than previous versions. Let's keep our fingers crossed and hope for a bright future!