After the launch of FaceTime from Apple, it was obvious that Google will come up with a similar app. If you closely observed Google I/O back in May, 2016 - you might be aware of the announcements made about the two new communications apps - Google Duo and Google Allo. Of them, Google Duo is a video calling app meant for One To One Video chatting.

What sets it apart from others in the league is its simplicity. Google Duo works faster and easy to use. What makes it the best option for your video calling needs is that it has been made specifically for phones. No complexity, no need to set up anything. It will just need your phone number and that does it.

What is Google Duo?

Well, as said before Google Duo is a One To One Video calling app. It is the latest entrant in the already crowded space of video calling apps. Seen as designed to be a major competitor to the rival Apple's FaceTime, Duo is simple and basic in its interface and working. 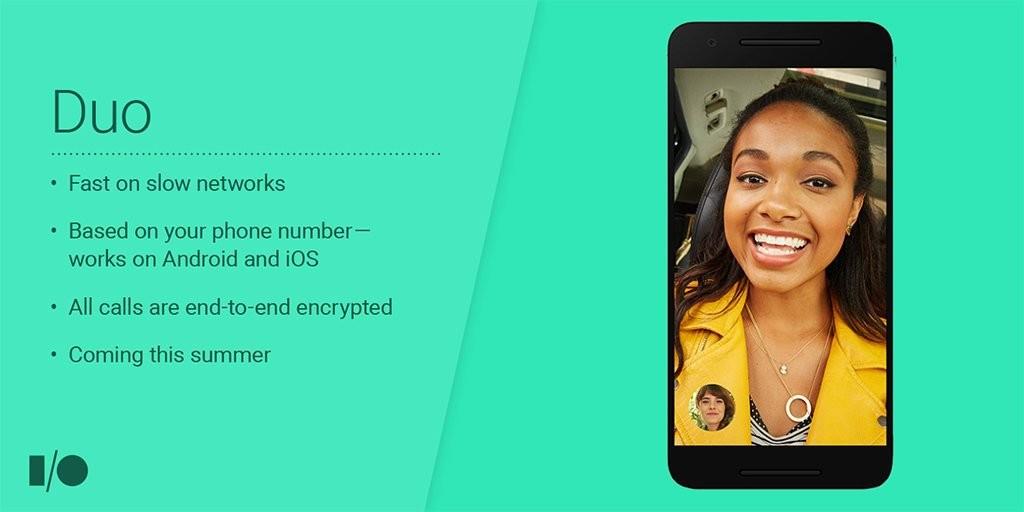 The app has been launched both for iOS and Android. It can be considered equivalent to the ubiquitous WhatsApp in terms of its simplicity. It is based on your phone number and works with your contacts list. On those lines, it should be totally similar to WhatsApp. The app has no web client and that could be a limitation for some of our users.

You will just need to sign up with your phone number and that is all you need to do to begin using the app. No other syncing of sign up details or creation of accounts.

Simplicity is the essence of Google Duo. And this simplicity begins right with the setting up of your account. You just need to install the app and agree to a few permissions. Please note that these are the requirements if you are running Android 6.0 Marshmallow or above. 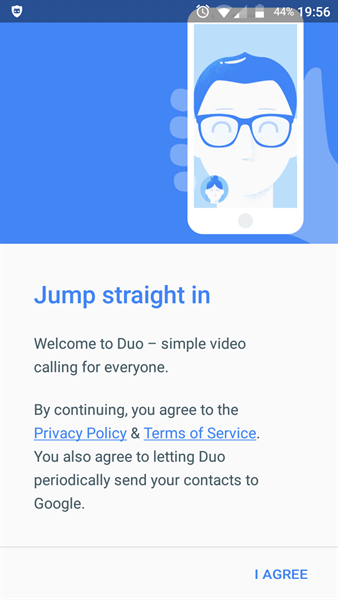 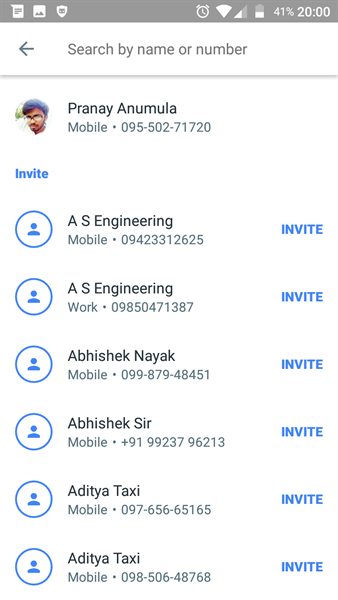 Once that done, enter your mobile number and wait for an SMS verification. Duo will pick the code up (If it fails to do so, you can enter it manually) and you are good to go! As simple as that, And that should remind you of WhatsApp setup.

Google Duo uses the same low entry barrier for your video calls. What WhatsApp did for SMS, Google Duo does the same for Video calling. It does away the need for complicated setup procedure needed for other competing clients like Skype, Hangouts or FaceTime.

Once setup, the working is equally straight forward.

Well, what I like the most about the app is its simplicity. It has a simple menu. No unnecessary screens. It is evident that Google wants to keep everything short and sweet. I just hope it will remain so all through the future updates. 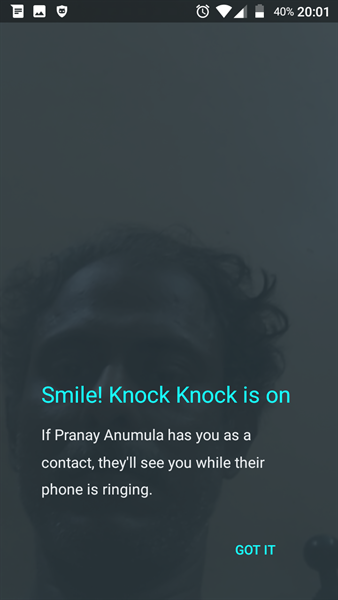 Seamless and uninterrupted video call is what makes Duo a prime choice. The call quality gets adjusted automatically with the change in the network status and speed. It does seamlessly across WiFi and cellular data. If you are on lower network speeds, say 2G - it will switch to a lower resolution.

"We all know how it feels when a call fails to connect or when video gets choppy.....We've built Duo to be fast and reliable, so that video calls connect quickly and work well even on slower networks.,"

Any Bugs or concerns?

Well, being a new app the app does suffer from some bugs. But, believe me - there are not many of them. And it is a good point for the new app. However, I have not faced any such major issues during my usage of the app.

It has been observed that all your Duo contacts do not appear at times. You are forced to search manually to enable them. Refreshing your contacts seems to solve the issue.

Another issue that has been reported is the video call getting strangely inverting showing a self image (instead of the other end) and then the video getting paused. We would hope to see the issues get resolved in the future updates.

Though Google calls it simplicity, it could be a concern for some of us who love using certain services across multiple devices. Google Duo has no desktop client. You can use it only on one device and that is your phone. You will not be able to use it across different phones.

Well, yes - you will definitely would wish to see certain features. There is no option for direct Audio Only call. Even Group video calls are not possible currently. If you want to have group calls, Hangout or Skype would be your choice.

Missing web client is another missing feature. It relies only on your phone number and as such the usability is limited for some of the power users.

The service is completely barebones. But, effective. There are no added features as of now. Not to worry though. Google has not ruled out any possibility of these features coming up in the future updates. Says, Amit Fulay, Product Manager for Duo

"Features like group calls, and the roadmap, for a product that's just been launched, it's going to evolve, and we're going to see what the users want, how they're using the product, to figure out what comes next,"

Well, the time that Google Duo has arrived has not been suited for the monopoly. We have a plethora of video calling apps already. FaceTime, Skype, or even WhatsApp could be a strong contender.

WhatsApp is coming up with video call feature soon. There is a competition from Google's own Hangouts. Skype is one major player that has dominated the video calling space for quite long now. It may not be so easy to convince your friends and family to switch to a new app just for video calling. More so, with the existing apps already planning to launch video calling.

It will sure be a huge challenge for Google Duo to compete with the likes of Facebook Messenger, Snapchat, FaceTime and Hangouts. It is not yet sure how do they want to go. Will it be a part of Google Play standard suite? Or will it come preinstalled with the vast majority of Android devices? Google does not seem to have decided anything as yet. It is evident from what vice president of Google's communications division, Nick Fox says,

"We haven't made decisions on that yet,...We want to get it out there, see how it does, and then I see distribution as the next step rather than the first step."

Google Duo really looks promising. Google has been into the wait and see game. They have been saying that they want to focus on building a great app and the distribution will follow up later. That would be a clear indication that there would not be any aggressive marketing. The app does perform quite well - it does work as promised. That makes it quite a good app to look forward to. I do not see any harm in trying it out. Just use it once and share your opinion in the comments below.

FaceTime is one of the popular apps on iOS. In fact, anyone migrating to Android from an iOS device misses FaceTime more than anything else. What alternatives do they have on their Android device? We will list out the best alternatives for GFaceTime on Android in the following paragraphs.