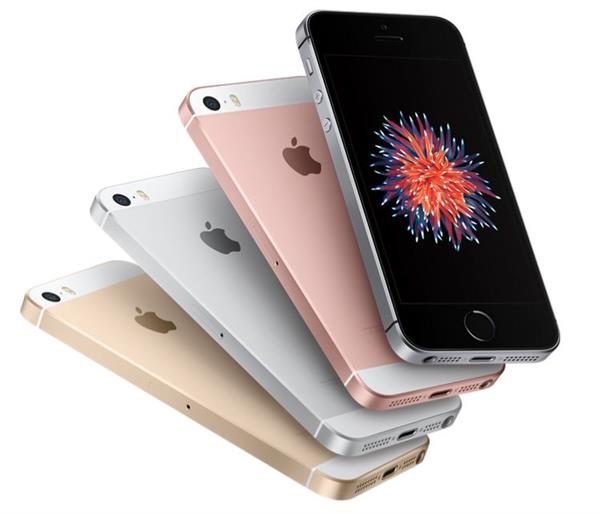 Apple released this iPhone in March this year and was pretty clear with their intentions. They wanted to bring a small sized smartphone in the era of large screen smartphones, and just on the context of experimenting wanted to see whether there is still interest left in using small sized smartphone. I used a 4 inch smartphone for more than 2 years and I would say I love it. You can do pretty much everything with one hand and the phone is really handy. One thing I should mention that watching videos and playing high-end games on a 4 inch screen is not something people would love to do now, but the practicality of a 4 inch smartphone is something you can't ignore. Using both the hands for just normal gestures like pulling down the notification panel, or even typing a quick message is something I can't live with. It does not mean that I don't like large screen smartphone but they are a bit cumbersome to use.
I will just give an example, my brother has a Note 3 and sometimes when I use it, I feel how good the 4 inch ones were. Now some people may not like the idea of going for big sized smartphone even if they are ready to shell out a lot of money. Apple always believed in smaller sized phones and never stepped onto the arena of going for big screen phones till they released the iPhone 6 and 6 plus. Now let us speak about the smartphone in picture, the new iPhone SE. Now the SE stands for Special Edition and I would say this is special. In this era of large screen smartphone even if we don't express ourselves but still the truth is that we always miss the handy 4 inch smartphone.
Now plainly speaking about this smartphone there are some absolutely good things as well as some downsides as well. I would like to mention all the important factors which I truly love about the smartphone and also something which I really did not like about the device, which will give a clear view of how the phone is and if you should buy it in the first place if you ever happen to. I am a huge fan of iPhone and from the time I have seen and used the 4S I would say Apple brings what is best for you with a lot of optimization and with a clear easy to use interface with a lot of performance. Now let us start with the design.

This is the very tried and tested iPhone 5S design. Personally speaking I love the design. The square shaped design rather than the rounded iPhones nowadays is pretty good. The feel in the hand is something I personally love the most, it is premium. It looks, feels and even demonstrates itself as super premium. The build quality is top notch; the buttons have a good feedback. You will not be able to distinguish between the older iPhone 5S and the new iPhone SE easily. Only the Rose Gold colour and the SE badging on the rear distinguishes this as the new one. Rest looks absolutely like the 2013 powerhouse, the iPhone 5S. One thing which I truly hate, which I didn't like in the iPhone 5s as well is the power button which is situated on the top. This is not practically useful at all, pulling your finger to the top for waking up the screen is something which is a little weird and I don't like it at all. Apart from this I have no complaints about it. On a positive note I would love to say that the 4 inch screen smartphone is really a good one and using it with one hand is something you would love. At last I would say this is not for everyone, but if you love using the small smartphone, then this is a good proposition over all.

The Screen and the OS:

The new iPhone SE has a 4 inch LED backlit IPS LCD display with a resolution of 640 x 1136 pixels generating a PPI of 326 pixel density. The screen is excellent with good viewing angles and good colour temperature as well giving out good realistic colours. Now comes the question; do you get the feel of the big screen smartphone in this and if not how much can it reciprocate? Plainly speaking watching videos and playing high-end games on this smartphone is nowhere near when compared to the big screen smartphone, but if you are coming from a previous 4 inch school, then I think this shouldn't be a problem. Now I say that if you use your laptops and tablets for watching videos and playing high-end games and if you can live with a 4 inch phone then this can be a good bet.
The SE comes with the 9.3.2 version of the iOS and can be upgraded to 9.3.3 with a planned upgrade to the iOS 10. So the same software feel you could have on your otherwise flagship models can be experienced here but devoid of the 3D Touch. If you are ready to sacrifice, then it is OK, if not it is not.

Performance wise this is an excellent device. It performs the way your iPhone 6s Plus performs, there is absolutely no lag or stutter which you seldom see on Apple devices. The phone seems to perform brilliantly no matter what you throw at it. Performance is cleverly brilliant. Now the SE comes with an A9 64 bit chipset, with a Dual Core 1.84 GHz Twister CPU, with a PowerVR GT7600 (six Core ) GPU and 2GB of RAM. Now even though the specifications may look a little bit tame on paper, this is a lightning fast performer. The smartphone with more RAM and even fancier processors may fail in front of this rather tame offering from Apple. So what is the reason, guys processors do not matter processing matters, and one more thing which goes well with iPhones is the OS is so optimized that this much power is enough for the iOS to run smoothly without any stutter. The fingerprint scanner is of the first generation found on the 5s, so is a little bit slower when compared to other flagships from Apple. So performance wise this is an excellent device.
Now SE comes with a Li-Po 1624 MAH battery, and even though the battery is smaller it is a good performer. The ideal screen off time is brilliantly managed on an iPhone and the battery does not drain as fast as it would like an Android phone. The SE even performs better than the 6s at times, thanks to the chipset. If you're a power user this battery can be a little bit of disappoint but for normal use this is excellent.
The storage is something I really have a grudge against Apple. Now come on guys, this is 2016 and manufactures should stop coming up with 16 GB versions. A 64 or even a 32 GB one should be standard for good premium smartphone. With 4K video recording, I would say this is not acceptable. Please Apple stop making 16 gig phones. The SE also comes with a 64 GB variant but there is another side to it which I will explain in the Verdict in the end. So 16 GB will not be sufficient and 64 GB is too expensive.

The SE is studded with a 12 MP rear camera capable of taking 4K video and a 1.2 MP front camera capable of taking 720p videos. Now I don't know what Apple was trying to do with the 1.2MP front shooter. In this age of selfies a 1.2 MP camera on a good expensive smartphone is not acceptable at all. One more thing I would love to mention is that the 4K video mode is not standard on the SE and you need to change it in the setting if you need to take 4K videos. The camera is fantastic and it has a lot of meaning to it. Comes with very good realistic colours and true tone dual flash which makes taking crystal clear pictures easier. The front camera is that which disappoints other than that this is an excellent shooter. 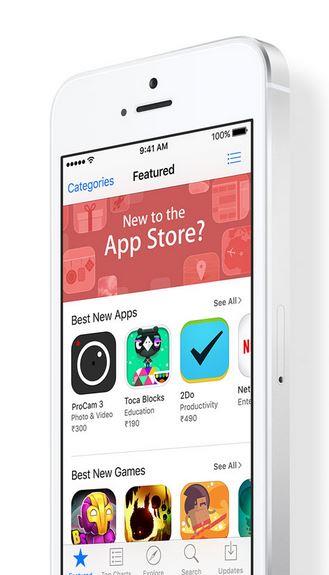 This is the crux of this article. Should you buy this smartphone? Now what I would like to say is, if you like a small 4 inch phone with high-end performance this is the device for you. But the thing is it is almost similar to the 5s which is available at around Rs 20,000/-. Now the 16 GB version which is almost useless is priced at around Rs. 34000/- and if you need the 64GB one then you need to pay around 50ks which is almost near to the price of the 6s. So what is the verdict? If you are looking for a small screen smartphone with superb performance then this is an OK option, but one side of the coin is that you are almost getting the same features you would get on a 5s, even though performance wise this phone is a little snappy.
So value wise if you are looking into this scenario, I would suggest you to go for the iPhone 5s which is a hell lot cheaper than the SE, and if you want a bit more performing device and which can be handy enough for one use this is good but then price comes into picture.
The phone is an excellent one but is getting sandwiched between the 6s, 6s plus and the 5s. So genuinely speaking buying an Apple iPhone SE would be foolishness. The choice is yours.