Well, being able to make free calls is every phone user looks forward to. And there are many apps that let you do that. Facebook Messenger, Hangout and Skype are some good and popular examples. Even WhatsApp has recently launched the service. But, these services have one inherent problem. Both the caller and the called person need to have the same app installed on their phone. Apart from these apps that help you make data calls, you also have access to some apps that let you make free voice calls. But, still - these too have some issues.

That is exactly an app like Nanu comes into the picture. What it does is what we are going to examine in this article.

What exactly is Nanu? 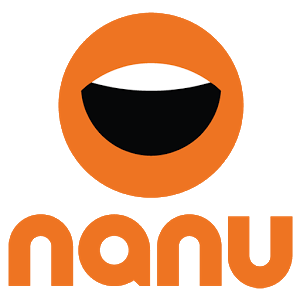 Nanu is an app from a Singapore based startup. It started the service in 2014. It now claims that it is adding over 20000 new users everyday. That in itself speaks of its popularity.

Martyn Nygate, the CEO of Nanu sates that the service works effectively without any hassles on 2G,3G and 4G connections. The service does work perfectly even on congested networks.

Nanu app is popular in India. More than 75 percent of its user base is from India.

The Beginning and the Success Story

Though the app is one of the popular in its category, it was a tough task to begin with. Around five years ago, they went on to solve an issue of high cost with satellite communication. The low quality, yet expensive satellite communication was being seen as an issue by maritime crew. Nanu began its journey to address this concern.

Seeing the success with that venture, they went on to extend the service to telecom. However, initially the service was limited to Nanu to Nanu calls.

The idea did not seem to be clicking as the service needed data. Later on the firm introduced the concept of free credits for outgoing calls from Nanu. The idea clicked and now they boast of 5 million strong user base. But still, the days are not bright. That is solely because of the growing user base. Nygate claims that he does not have the kind of advertising revenue support for such high user base equivalent to around 20 million calls. He has been considering paid campaigns, but considers it is still struggling time for Nanu.

How does Nanu work?

Nanu works on a simple principle. The app will provide you free credits every day. You can use these credits to make phone calls. As simple as that - but please note that the credits given are not very high.

However, you may earn more credits by performing a few simple tasks like downloading new apps or viewing ads. The app can be compared to the other apps available in the market that will let you top up your data balance by performing such tasks. Only difference between the two is that Nanu offers you credits for making phone calls.

The interface is quite simply laid out. On launching the app, you will be presented with the recent call list. You may then use the built in dialer of Nanu if you want to call anyone. The dialer will let you know the free credits available under your account. You will also get to know the exact talk time these credits will be equivalent to.

The menu screen will give access to the Free Credits menu. You may choose to go to the Free Credits screen if you want to earn more credits. The options for doing it are varied. You can download an ap, or decide to view an ad. Playing a web based game can let you get higher credits. 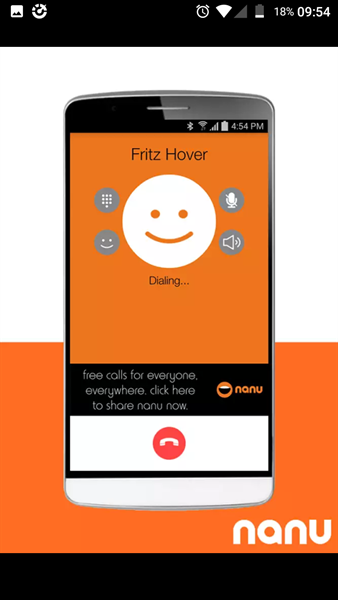 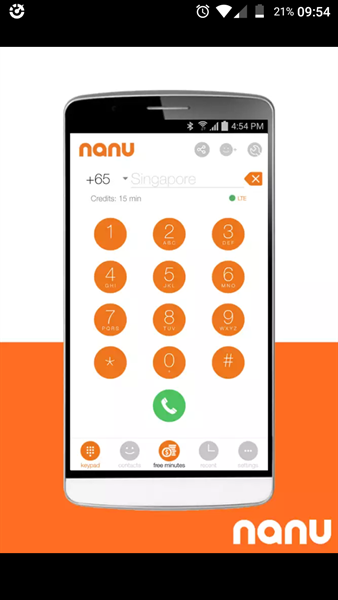 The credits range from around 5 to 50 depending upon the task being performed. Typically an app download should provide you a free credit of five, while playing a web game can offer you as high as 49 credits. You can then use these credits to call any of your favourite landline or mobile number.

The app is simply laid out. It provides an easy to use interface. You do not need to rely on a learning curve as the app is self instructive.

The call quality has been observed to be quite good even at low connectivity speeds. Nanu claims that it uses an innovative technology to maintain the call quality. We tested it across 2G, 3G and 4G networks and found the results to be fairly inspiring.

"We innovated some technology that helps us deliver the same call quality as Skype and vibes, but at 80 per cent less bandwidth"

Nanu uses around 105 KB of data per minute for a local call, claims the firm. Compared to other VoIP services, this data usage is around 80 percent less and that should give you a fair idea of what you could be saving on your data balance. A call within India will consume 2 credits per minute. Call charges to other countries vary. The app has an in built look up feature to find out the charges for other countries.

The service works on the basis of ads as can be seen from the fact that you will listen to an ad over the ringtone when you call someone. The ad thus is completely non intrusive. As Nygate puts it,

"All forms of advertising from banners to pop-ups are harming brands. Our form of advertising is the only one which is beneficial, as it is completely non-intrusive,"

There is a catch here though. The free credits earned cannot be carried forward to the next day. You will either need to consume them on the same day, or else lose them. But, yes - you continue getting 20 free credits every day. That would mean you are assured of 20 minutes of free calls each day.

The Nanu app has its versions both for Android and iOS. The app is free to download. Just head on to your respective app stores and download the app now.

The app is quite intuitive and easy to use even for the technically uninitiated.

Well, the app appears promising. The free credits and lower data charges could be a good reason for opting for Nanu. Though, you cannot carry forward the credits to the next day, it is understandable given the revenue issues stated above. The innovative technology that makes your data calls to offline numbers crystal clear should make it an impressive option for a few free calls.

The app supports calls to any location all around the globe. That should not be a bad deal, right? Just visit your app store and use the app. Share your opinions and experiences with us.