Handling cash in its physical form has both advantages and disadvantages. Good things associated with it are its ease of usage, the possibility of getting it exchanged and the ability to be accepted everywhere unlike the plastic money in the form of cards. It has its own set of disadvantages as well. It is not much secure to carry, keep track of and handling in larger quantity.

PaySe is an offline digital cash service from the Banking and Financial Solutions company - Nucleus Software Exports Ltd. It has been built with a vision to bring some of the advantages associated with physical cash to its digital counterpart. For the uninitiated - it could be an unusual concept. That is exactly why this article has been planned.

PaySe is an offline digital cash solutions technology. It works on the principle of crypto currency. It can be compared to bitcoin - but with a difference. Bitcoins need to be mined from the crowdsourcing concept. While in PaySe, the company itself creates the Tokens and offers them to you to use as you would use the physical cash. The concept will reduce the costs associated with physical cash handling by replacing it with the digital currency.

Once you are registered with the service, you need to transfer the money from your cards to the portable device called Purse in an online mode. You will then transfer it to the merchant in an offline mode. The device will work with both NFC environment or through Bluetooth technology.

What makes these tokens practical is the fact that it can be used just like physical cash. You would be able to transfer it the way you would exchange cash from one person to the other. The bearer of the tokens can later take them out of the digital form back into the bank account through an online transfer.

But yes, you will need to buy a portable device named Purse to use the service. The Purse is a PIN enabled device that stores your offline cash. To find more on it, read on.

The Purse is a PIN enabled pocket sized device. In fact, PaySe is designed around the concept of Tokens and a device that acts as a pocket or reservoir for your tokens. The device - the Purse - is of the size of a credit card and with the thickness of a phone acts as your physical wallet. 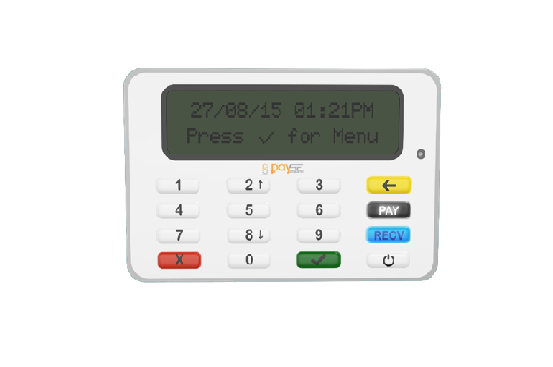 The Purse gets connected to another Purse and enables the transfer of tokens between the two Purses. The partner companies have been entrusted with the responsibility of distributing the device. The Purse assumes a legal value as it comes under the guidelines by the Reserve Bank of India.

How to use the Purse and PaySe?

The Purse has Bluetooth and NFC connectivity options. These options will let you connect to other Purses in a secure manner. The device has a Passcode unique to each Purse and the same needs you to enter it each time you initiate a transaction. That makes it a secure connection in itself.

The Purse comes with four buttons - Pay, Receive, Delete and On/Off Switch. It also contains a small screen and a keypad to enter transaction amount or passcode.

Cardholders will need to transfer money to their Purse from their bank accounts using an online transfer. You can transfer any amount that you would wish to. The balance that can be maintained depends on the KYC you submit. The maximum balance with the minimum KYC would be Rs. 10000. If you opt for maximum KYC, you will be able to maintain a balance of Rs. 1 Lakh.

To make the payment, you can either use Bluetooth or NFC to connect two Purses securely. Once that done, just press Pay button and enter the transaction amount and the passcode. The merchant will press Receive and get the transfer done.

But, will the prospective consumers be ready to buy the Purse? The fact that both the parties need to have the device makes it a choice that may not go down well with most of the users. PaySe has alternatives to this. However, one should note that Purse offers you security.

Well, like Ashutosh Pande, the founder and Chief Innovation Officer of PaySe says PaySe plans to address the issue of consumers not willing to invest in the hardware. He says,

"We needed secure memory. Right now, some high-end phones do have secure memory, and as this becomes more commonplace, we'll be able to look at phones as a solution."

PaySe has another idea planned. PaySe will work with a secure microSD card. This special microSD card can be inserted into any smartphone that supports expandable storage. You can use it as a regular memory card, but it will have a separate partition that will be used for PaySe.

There are plans to make use of newer technologies like finger print scanners for the purpose. Pande says,

"NFC, fingerprint scanners, these technologies are becoming more commonplace, and can be used to make PaySe easier to use and more widespread."

Will it really replace cash and mobile wallet?

The mobile Wallets like PayTM or such other services need you to go online. Your device connects to the server that moves your money from your account to another account. That is what is called Hub and Spoke model in the finance circles. On the other hand, PaySe works in a true peer to peer (P2P) model.

Mobile Wallets cannot be used as the real money. Like you won't be able to use them if you have no connectivity. PaySe can be used in such situations quite easily. Suppose you have lent some money from your friend and you have a smart card that is loaded with the requisite amount. You just hand over the card to him and done. It would be as good as you have returned the cash. PaySe does not take into account who has the tokens. It only checks the genuineness of a token.

PaySe has been checking a lot of alternatives. The service will soon come out with a phone based system. It will make use of secure microSD card. However, this option can only work with select smartphones.

PaySe is also considering an encrypted NFC card. The smart card can work in place of the Purse. It will cost you just around Rs. 100.

"This wouldn't be as functional as a mobile solution or the Purse, but if you only want to use it for payments, then you could use it the way you use your Metro card,"

Tests are on for all those options. We may soon find PaySe coming up with those or many more other alternatives to handle physical cash.

The technology behind PaySe is indeed impressive. And it makes sense too. The biggest doubt, however, is whether a consumer will be ready to get another standalone device. There are many wallets that offer tie-ups with different services. Surpassing them could be a big challenge for PaySe. It could, however, be early days to predict the future of the service. We may need to wait till PaySe becomes competitive enough on the face of competing mobile wallets.