Internet service providers and telecom operators in India have been promising lightening speeds. But the reality is entirely different. There are many complaints about dwindling data speeds. Complaints to the concerned telecom operators fall on deaf ears for want of proof. Speed test apps are saviours in such situations which provide you an accurate measure of the speed you are actually getting. Ookla's SpeedTest is one such popular app.

Telecom Regulatory Authority of India - TRAI - has now launched its own app for the purpose. MySpeed is the new app launched both on Android and iOS platforms.

The app MySpeed lets you check your internet speeds and also lets you send the readings to the regulatory authority. The app does work on the similar lines as the other apps of the lot. 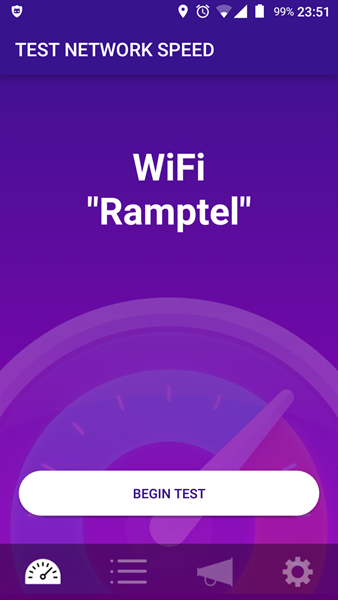 The app records the download and upload speeds of your connection. In addition, it can also record ping(network delay) and packet loss. Just like SpeedTest by Ookla, you can use it to check your speeds both on cellular connections and WiFi networks. And it is accurate with results.

The best part in comparison with the third party apps meant for the purpose is the option to let the regulatory authority know your speed test results. The app lets you send speed test, signal strength, network information results to TRAI.

Well, this is one area that will leave you disappointed. Sadly enough, that is the fate of almost all government sites and apps in India. The interface looks nice when you launch the app. But once, you begin the test, you are bound to get disappointed with the design. The analogue speedometer is designed in a very bad way. The meter does not appear to be designed to the scale. 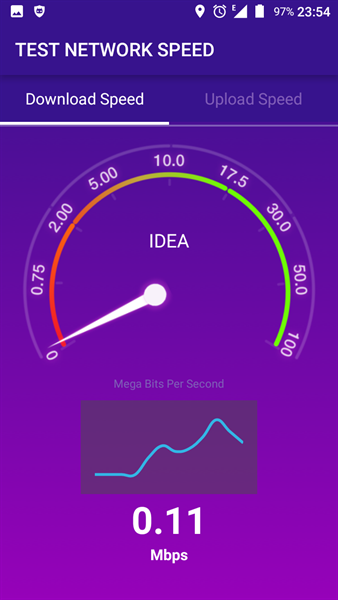 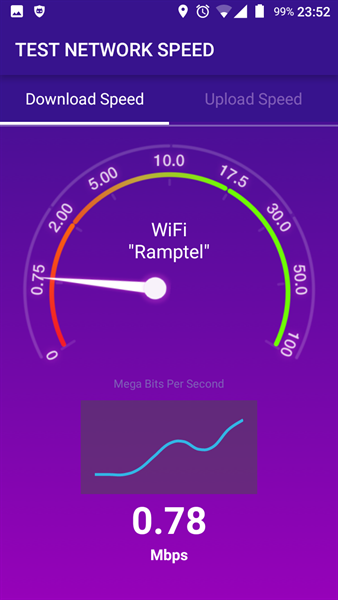 There are no performance issues though. The design is quite minimalistic. The interface has a pinkish looking theme. The initial screen shows your telecom provider. Below it is the Begin Test button. The tab just below the test button consists of your test results and other settings.

There is one positive aspect though. The app does not serve ads. Unlike Ookla SpeedTest which is an ad supported app, there are no pesky ads on MySpeed.

The interface and the looks may not impress you much. But, what should matter for us is the manner at which the app works. Well, there should be no worries from that perspective. The mode of operation is similar to how it works on other speed test apps. 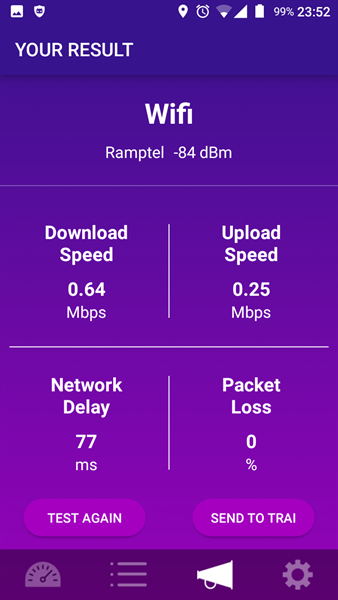 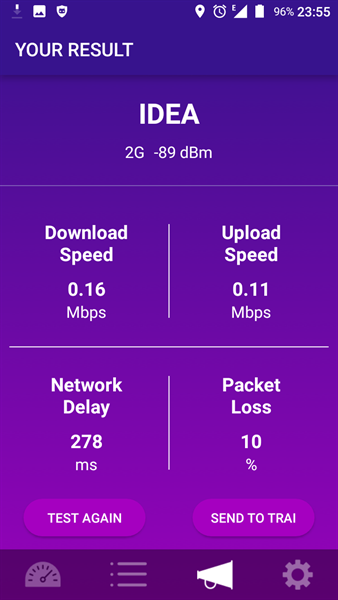 The app UI is quite self explanatory, though not impressive. As soon as you launch the app, it will detect whether you are connected to a cellular network or a WiFi network. It will display the name of the service provider in bold letters.

You just need to press the Begin Test button to start the speed test. As soon as you do that, you will be presented with the familiar speedometer. The speedometer only works as a graphical representation. There is no practical relation between the speedometer and the actual test results. That could be one of the differences between the competitor Ookla and MySpeed. In Ookla SpeedTest, the synchronization between the analog and digital meters is clearly seen, while that kind of a synchronization is absent in MySpeed.

The app can show you the location of your test results on a map on the results page. But for that, you need to allow MySpeed to access your location. 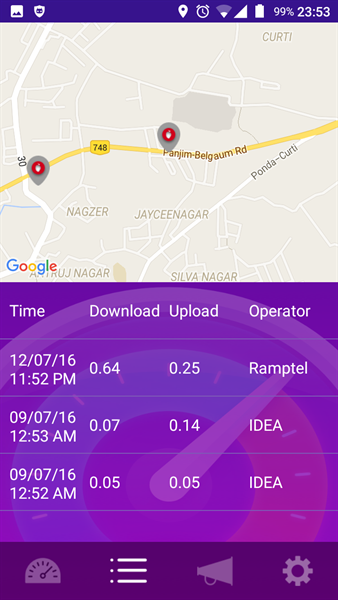 Once the speed test results are obtained, the app lets you share them to TRAI. You just need to press Send to TRAI button on the test results page.

How does it perform?

As far as the performance is concerned, the app is quite reliable. Just to be sure of the accuracy of the test results, I ran both Ookla SpeedTest and MySpeed soon after one another. Both the apps were found to offer same results with only minor variations. The variations remained withing the limits.

I ran the tests on 4G, 3G and also on WiFi. Running the tests in quick succession on both the apps produced almost equal results. To be sure, I ran the tests a few times and at different locations and then compared the results. They came up with fairly similar results with minimal variations.

How does it help TRAI or you in addressing complaints?

As stated before, the app lets you send your test results to TRAI from within the app. The data so collected is sent to TRAI's Analytical Portal. However, they are not treated as complaints. A disclaimer within the app clearly states that if you have any complaints about the network speed, you need to take it up with the service provider. 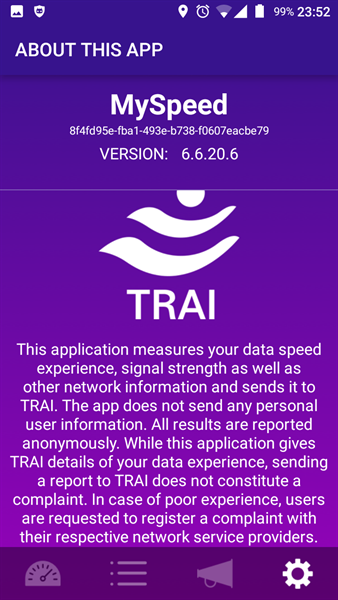 However, the app can provide real time data information from users to TRAI. TRAI plans to make use of this information to keep a check on the quality of service provided by the Indian telecom operators. As a precursor to the framing of new service quality norms for wireless data, TRAI has plans to use the data obtained from this app for the purpose.

'Through the application (TRAI Myspeed App) we will get real time data from customers. This will be put on TRAI Analytics Portal. It will show mobile data speed of each operator in a given area on real time basis'

says TRAI Chairman RS Sharma. However, he did not come clear on how this data will put to use.

It should be noted that TRAI has been receiving complaints about telecom companies providing internet speeds lower than the specified limits. The regulatory authority has observed that some networks provide 2G speeds on a 3G or 4G data plan. It is in the process of formulating policy guidelines. TRAI has been planning to use the data from the app to formulate the same.

The app works just the way it promises. Yes, you may not like the interface. But the app could be your best tool to let the regulator know the kind of service your telecom provider has been serving on your plate. We liked the app for its functionality. Lack of ads is another feature that would definitely attract you to the app. Have you used the app? If not, just try it out and share your views here. After all, it is an app from the official regulator and available for free download.

The developers seem to listening to the feedback received from users. The app has received a quicker update over the last week. There have been a few performance improvements and fixes to a few bugs.

The changelog does not mention any specific issues, yet the performance has really received a boost as I can find it on my phone.