I think most of us with smartphone have played more than one endless running games. Temple Run obviously the top one among them but then such other games of this genre like Jetpack Joyride by Halfbrick Studios ,Temple Run 2 by Imangi Studios, LLC, Subway Surfers. by Kiloo, Sonic Dash by SEGA and many more have made it clear that there is a lot of scope in this genre of games. Many more games are still coming on the same genre and one such game, though by an Indie developer, we are going to review today. 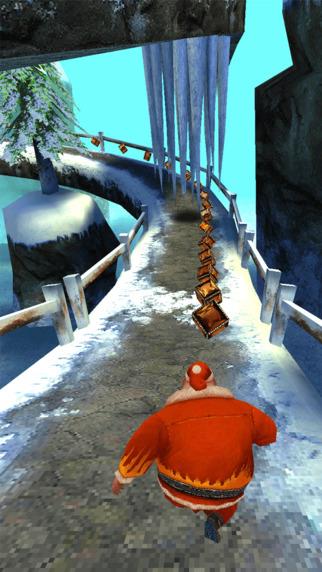 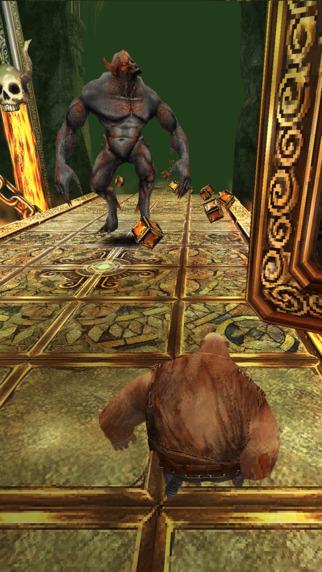 Instead of a temple guard gorilla running after you, in Lost Temple 2, the Santa is running after your character in the initial chapter. The character himself is a big burly pirate like character with a hook on one arm. Not a fancy character I must say but then this is probably the USP of this game. Looking at the character running just might make you laugh initially!

Just like in other endless running games, here too you have to collect coins in your path which will unlock other characters and power ups. There are obstacles which you have to jump over or slide under, turns you have to cut and of course make sure you don't slip too much otherwise the Santa character is going to catch you.

The main difference here is that unlike Temple Run, in Lost Temple 2 you have a lot of backgrounds and different characters chasing you. In some scenes you have to duck a enemy coming from the front! It is nice little twist and originality and this is where you start finding the game exciting to continue on.

There are a few bugs here and there but mostly it runs smooth on iPod Touch, iPhone and iPad. It is compatible on iOS 7.1 or later. The audio within the game is nice and sounds realistic like the clink of coins when you collect them. The background music too is good and doesn't distracts you. The graphics in each of the map remind me of different games like for one map which is actually the mysterious temple the graphics are treasures, palaces and magical guards to protect them it reminds me of the PC game Serious Sam.

There is no comparison of Lost Temple 2 to Temple Run of course but if you have any reason you don't like Temple Run or it does not run on your device but you still like endless running games, Lost Temple 2 is a good alternative to consider.