The Glucometer is the device that lets you check the sugar level in your blood. Most of the devices so available are battery powered. They measure the sugar levels in the blood drops we put on its strips. For the patients suffering from Diabetes, the sugar checkups are one of the most important chores. Accurate and regular checks are most necessary. So is the need to maintain the records. The Glucometer space is filled with big players like Johnson and Johnson, yet it is felt that there is a huge scope for the improvement in this genre.

Cooey is one of the manufacturers who has been into changing the technology and the idea behind automating the concept. The Bengaluru based health firm has launched the new glucometer which aims to be smarter than the regularly used devices.

Cooey is the Medical Healthcare Device maker. The company is based in Bengaluru. The firm is into personalising the healthcare. They have been doing this through health monitoring IOT platforms.
The firm is handled by Mr Madhu Madhusudanan who is the CEO of the company. They have been into the healthcare monitoring sphere for quite a long time now. They have also developed Smart BP monitor and Body Fat Analyser.
Now sensing the need for an automated sugar level check ups, Cooey has brought out a Smart Glucometer that makes the routine task of checking your blood sugar levels a breezy affair. And also a comfortable one at that.

What is Smart Glucometer?

Well, in essence - it is just another helping aid for the diabetics out there. It is a device - as the name Glucometer indicates - for checking the sugar levels in your blood. 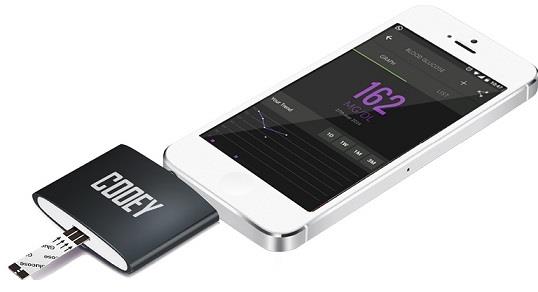 What makes it smarter is the automation it brings into a rather boring and monotonous task. It automates the recording of your blood sugar levels and helps you share it easily with your doctor, or anyone who needs to know it - for that matter.

Before understanding what is so smart with this device, let us understand what is a Glucometer. It is a device that has testing strips. The drop of blood you place on the strips causes a chemical reaction. This chemical reaction then sends an electronic signal to the glucometer which shows the reading for the sugar level in the blood. The test results are not as accurate as the lab tests, nevertheless they do give an idea of whether a lab test is needed. These tests prove to be much helpful for taking future course of action in cases of emergencies.

Cooey's Smart Glucometer takes it ahead of what the regular glucometers do. It helps you record the readings over a period of time. It also lets you share the information seamlessly and easily. It does it by connecting itself with the application on your smartphone.

How does Smart Glucometer work?

Well, it works just like your regular Glucometer. It is a small device that fits in your pocket so that you can carry it anywhere you go. You can connect it to your Android smartphone. The Glucometer gets connected to your device through the 3.5 mm Audio jack.

Before that, however, you will need to download and install Cooey's mHealth application on your device. Once done, the Smart Glucometer will connect with the app and sync with it. Your sugar levels will be logged by the app and on the site. You can refer to them in case of any such need in future. The app also lets you share the readings with your doctor through WhatsApp, or via emails. 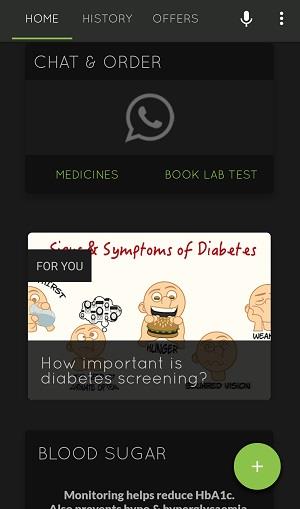 Another best part with the Cooey's mHealth application app is it can sync with all the devices - Smart BP Monitor and Body Fat Analyser - manufactured by Cooey. That would mean you can have an access to a unified data of all your data related to your health and fitness.

Other than the ability to sync with your mobile app and keep a track record of all your readings, the Smart Glucometer works similar to a normal Glucometer. Yes, there is one more advantage associated with it - the device is not battery powered and hence you need not worry about changing the batteries.

What is so different from My Glucometer?

Well, the regular breed of Glucometers suffer from two major drawbacks. Cooey's Smart Glucometer attempts to get rid of those limitations. Most of the devices available right now are battery powered. Once the battery runs out, people tend to stop using it. Then these Glucometers do not keep track of your readings. The responsibility of keeping a log of the readings rests with you. That is exactly where Smart Glucometer has been looking to fit in.

As the CEO Mr Madhusudan states,

"Everything is fully automated....There's no chance of a mistake in writing things down, and you always have your phone on you, so there's no chance that you'll forget to carry the logs the next time you go to the doctor"

The features made available by Cooey in its devices is the first of its kind in India. There are no devices with the similar functionality. Yes, there are a few international models which work on the same principle as Smart Glucometer does, but getting them to India would be an expensive affair.

The Smart Glucometer will be available in the market at Rs. 3000. That would appear to be a hefty price for a Glucometer. There are versions of regular Glucometers which have a MRP of Rs. 1500 to Rs. 1600. Will consumers be ready to pay that amount?

However, you will get 50 testing strips free with the Cooey device. Additional strips can be ordered online. Looking it from that perspective, it would not be a huge difference in comparison to the normal glucometers. Add to it the benefits associated with the ability to seamlessly log your readings and the ease of operation without the batteries.

However, Madhusudan has indicated that Cooey is making attempts at bringing the price down, and if succeeds - the price is likely to come close to Rs. 1000.

Cooey has been into the Healthcare IOT platform for quite some time now. They have Smart BP monitor and Body Fat Analyser in the market. However, they have not ventured into the retail market till now. With the launch of Smart Glucometer, Cooey plans to bring all its three devices in the retail market.

"Retail is a big challenge, there's a lot of cost involved in that, so we haven't taken the step till now. We got funded recently, and we're going to step up the marketing now to build awareness for users next"

says Madhusudan. They have already sold around 400 units of other devices so far. The plans are afoot for aggressive marketing.

Cooey is also looking forward to coming up with devices that will help you have a clear picture of your health and are capable of coming up with warnings when there any concerns. The future looks bright for the company with the vision that it has.

The Smart Glucometer should be a great device for the health conscious. Though the price is a little on the expensive side, it does away the need to keep accurate tracking of your sugar levels. The batteryless operation makes it a good choice as it would provide you a longer time compared to the regular glucometers. Coming from a startup in India, this should indeed be good option.

Five Home Use Medical Equipment to Fight Cold and Flu

Are you caught up with a bad cold and suffering from unmanageable discomfort? It can lead to a flu and might stop you at every moment from doing your regular work or even having a fun time. But before you go for the regular over the counter drugs, check out a small list of things which might ease you out and see if they seem to work out for you.

Essential Medical gadgets you must have at home