My wife has been using an iPhone 4 since last 5~6 years. During this period, I have changed 3 Android phones. Every time I bought a new phone, she tried to grab it but returned to me saying her Apple device is better. She has tried many of the review phones I received as well but nothing pleased her either due to excessive pricing or since it didn't beat the quality of the iPhone. Last few months her iPhone has been giving some issues and she was scouring the online market for days, trying to find her dream phone. Apple gave an option to replace the damaged phone with a new device of the same model at a service charge of Rs 12,000 but it wasn't worth paying so much to get a discontinued model.

So, she had to make a choice - whether to pay Rs 12,000 to Apple and get a replacement unit of the discontinued model or go for a brand new Android phone. Buying the latest iPhone was beyond the budget. She has been researching the smartphones in the price range of Rs 15,000 to Rs 20,000 and she learned quite a bit about all the devices available in the market. It was then I received a Huawei Honor 5X and she was the first person to look at the device. She was very impressed with the quality, pricing and other equations of Honor 5X and it did really fit her requirements. In fact, it was love at first sight.

So, what is there in Honor 5X that impresses the ones who don't settle for less? Let's take a look. 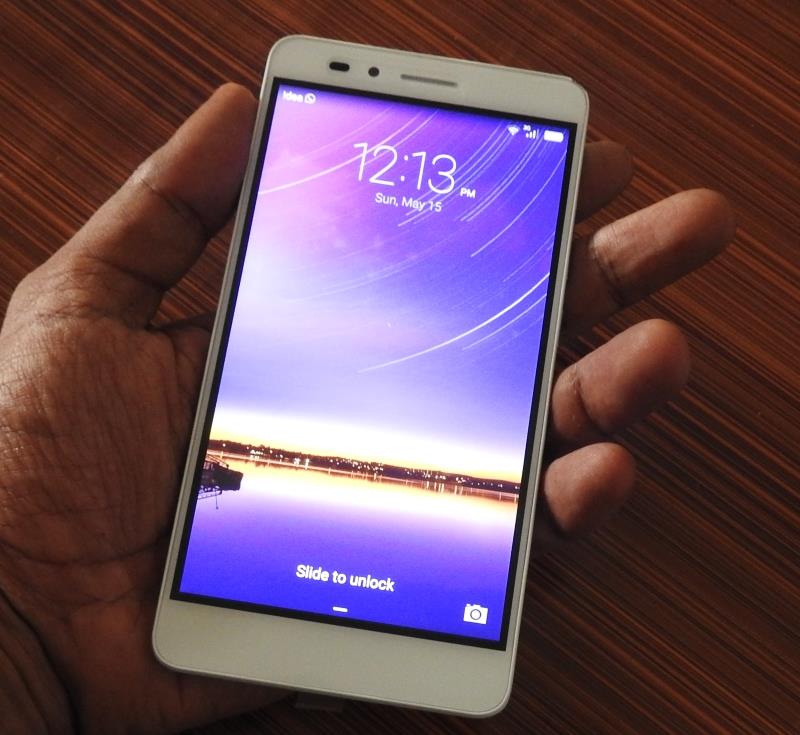 The Huawei Honor 5x is a low-cost powerful phone which features Android 5.1.1 Lollipop at a price of Rs.12,000. It is one of the few phones in this price range to feature a fingerprint unlocking system. It has a 2GB RAM and 16 GB storage space which can be extended up to 128 GB with a Micro or Nano SD card. It has 3 slots, 2 for SIM cards and 1 for Micro or Nano SD card. It has a 3000 mAH battery with SmartPower 3.0, something that is not commonly seen in many devices these days, especially in this price range. According to the company test reports, the battery lasts more than a day with heavy usage.

The Huawei Honor 5x has many great features, but in my opinion, its greatest thing to brag about is its camera. It features a 13 megapixel, 28 mm wide angle lens back camera for decent photography and a 5 megapixel 22 mm wide-angle lens front camera for selfie lovers, with many extra options such as beauty effects that will surely impress modern casual photographers. Some of its camera options are: 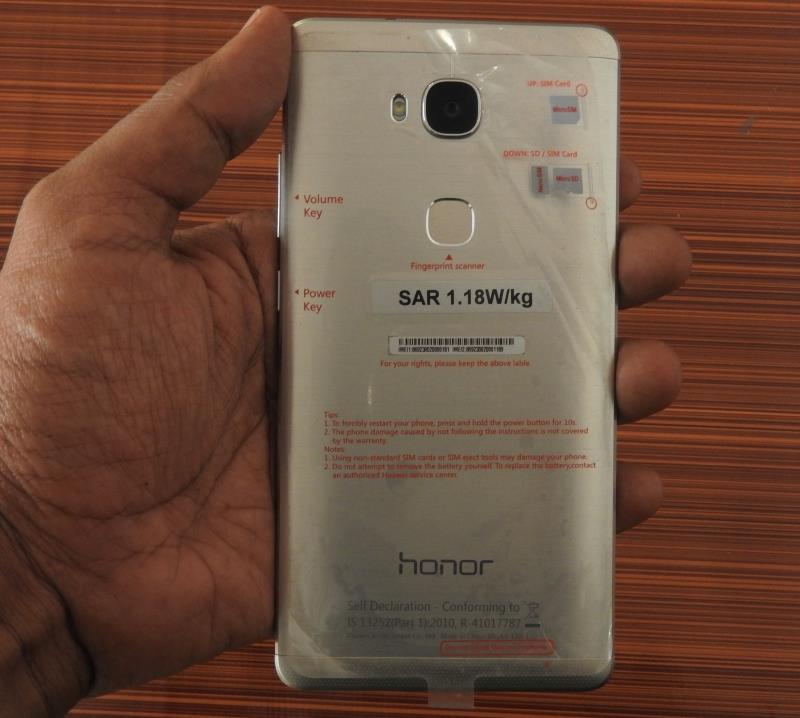 Its combination of 2 GB RAM and a Qualcomm® 64-bit Octa-core processor ensures that it produces high performance while using low power with the 64 bit Snapdragon big.LITTLE octa-core processor. This ensures high-quality gameplay and also is able to run 3D games easily with a PC-Grade CPU. The Honor 5x also provides a Pixel-by-pixel dynamic contrast adjustment feature for improved contrast under different lighting conditions and visibility through the glare. It provides a 1920 x 1080 pixel, 16.7 million colors, full HD IPS display with improved color reproduction and viewing angles. The phone features a non-removable Li-ion 3000 mAh battery and comes in white, black and gold colors. It has loads of features like:

What's in the box?

Even though Honor 5X is a mid-range phone, it comes with a premium feel with its metallic body and high-quality exterior look. Other than the front camera, speaker, and the sensors, the front portion is quite plain with its tough glass surface. There is not much metallic body visible in the front. The brushed metal finish gives a very premium look to the phone. It gives a good grip in your hand and you don't have to worry about slipping it off from your hand easily. On the back, you will see the 13-megapixel camera, the fingerprint scanner, and the engraved Honor logo.

On the right side, it has the power buttons as well as the volume control. The 2 SIM trays are on the left side - one for the regular SIM and another one for the nano-SIM and micro SD card. Those who need dual-SIM option, Honor 5X is a good choice.

Honor 5X is the first phone from the company that features a nano-SIM, micro-SIM, and microSD card slots - all in the same device, which offers improved compatibility over dual nano-SIM devices. Both the SIM cards can be used for data access. the microSD card allows to extend up to 128Gb.

4G support: 4G SIM card can be inserted into either of the SIM card slots, thus giving support for the 4G technology.

I'm a big fan of plain Android OS and I usually prefer smartphones without any customized layer on top of Android. However, Huawei's Emotion UI (EM UI) is not a game stopper for me. It's pretty intuitive and doesn't slow down the device with any fancy features. If you are familiar with any Android phone, you can pretty quickly figure out how to do the standard actions in EM UI. The EM UI comes with a few default themes that can be used to give a fresh look to your device when you get bored of the look. 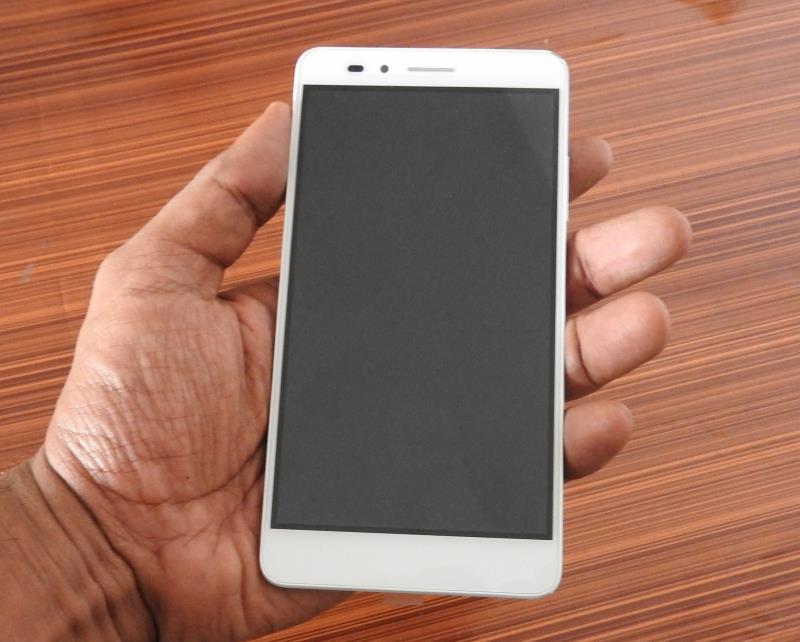 Honor has a very bright 5.5 inch full HD, LCD IPS display with a resolution of 1080x1920px. The quality of the display is very good and it gives pretty good visibility even in direct sunlight. On a phone in this price range, you can't expect the Corning Gorilla Glass 4 and so I'm not really comparing the IPS display with the Gorilla Glass. It has a 72.5% Screen/Body ratio.

I don't want to compare the Honor 5X with the workhorse devices that are available at the price range of Rs 40,000 to Rs 60,000 but it does perform well compared to many other devices in the price range of Rs 15,000 to Rs 20,000. I never felt any lag in any of the applications including some of the games my son installed and tested for me! We can't expect anything less from its octa-core Snapdragon 616 CPU. I didn't really try any CPU intensive hardcore games though. 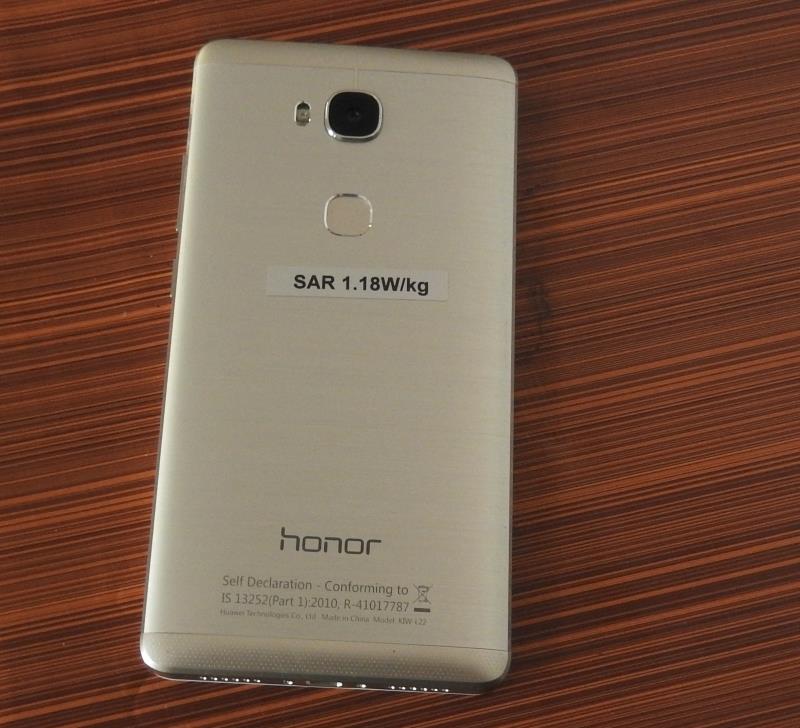 It's a mid-range smartphone and some of the high-end features like NFC are not available. The Android Marshmallow is not there yet but a future upgrade is possible. The Quick Charge feature is also not available. There is no removable battery but that is now a standard in most of the modern smartphones.

Review of Huawei Honor Holly 2 Plus

I recently reviewed the Honor Holly 2 Plus budget smartphone. It is an impressive device in its price range. Read further to learn how the device performs in its category.