Owning a smartphone brings you the freedom to be connected while on the move. However, it also brings with it the annoying calls and SMSs that amount to spam. Well, the smartphones come with an inbuilt feature to block those unnecessary messages and calls. However, the functionality is quite limited compared to what you can get from the apps available on Play store, or allied app stores. Let us check those apps out in the following paragraphs.

That indeed is the most popular to get to know who is calling you. Truecaller is world's most widely used caller ID and blocking app. 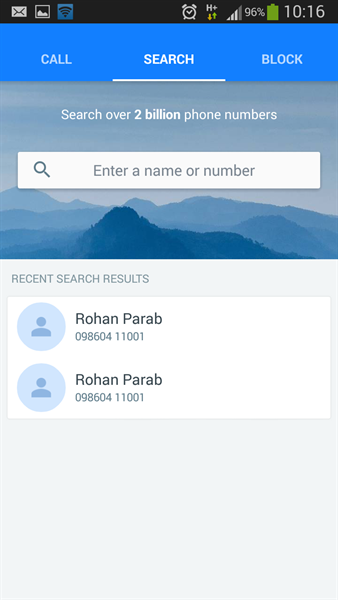 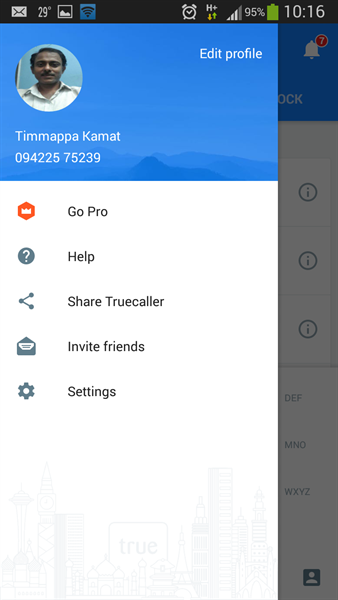 You can download it for free from your app store. The app comes both in free and premium versions. Truecaller sources its data from the social media and from the other users. The app identifies the caller even when the contact has not been saved on your device. It does it by crowdsourcing the data.
Another best part of the app is it can be used as an online directory on the go. You can search and identify a number using Truecaller. The name of the owner of the number and his other details like email ID can easily be tracked through the app. However, please note that the number needs to be in the Truecaller database for this to work. I tested it for a few of numbers and it worked for almost all numbers except a couple of misses.
You can use the app to block unwanted calls and SMS. Whenever a contact you have blocked tries to contact you, the caller gets a busy tone while you will hear nothing. The app will, however, let you know that it has blocked a call through a silent notification. On the similar lines, if a blocked contact sends an SMS, you will get no notification.
The premium version has some additional features like letting you search a number by name. There are many more features like friend suggestion and the option to check who has viewed your profile. However, for your regular needs – the free version should be more than enough.

This is yet another app that works quite effectively in blocking the unwanted calls. It has been treated as one of the "Best Call and Text blocking app". 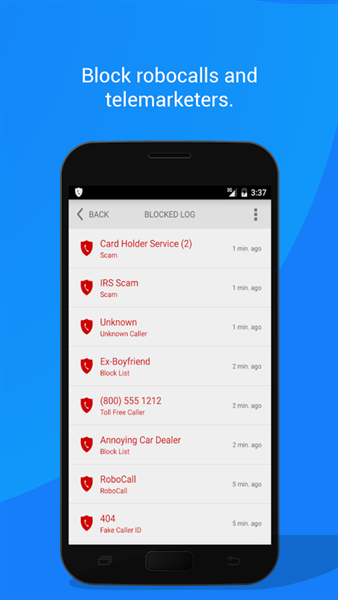 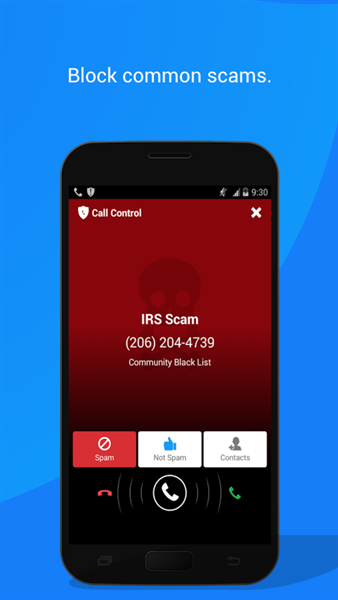 One important feature that sets Call Control apart is the ability to block a group of callers. The feature is named Community Blacklist. The application has the automatic blocking feature to turn off the calls from a wide list of telemarketers and spammers based on the community feedback.
As in the case of Truecaller, you can look up to check the contact if you have the number with you. The feature called Reverse Lookup makes it easy to find the identity of a caller even when you do not know him/her.
Apart from those must-have features on a Call blocking app, call Control also lets you have a Personal Blacklist in which you can list out the numbers which you do not wish to receive calls or SMS from. There are additional features as well like DNB, SMS blocking and looking up for the blocked calls log.

The Mr Number has been adjudged as one of the best apps in the list of Best Android Apps by PCMag. The app has been rated as most flexible and powerful app out there for the purpose of blocking your unwanted calls. 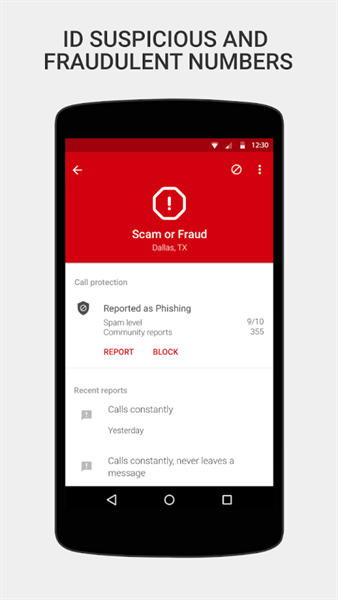 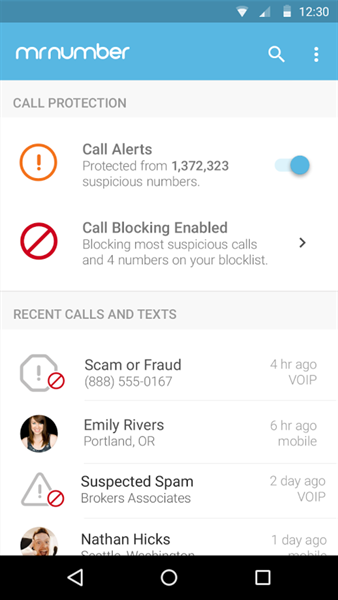 Mr Number lets you configure your blocking list in a multitude of ways. You can block numbers from a particular area code, or those not in your contacts list. There is an option to set a number as Suspected Spam so that you can review it later.
The unique feature with Mr Number that impressed me much is the highly customisable nature of the app. If you do not want it to disturb you, it just stays out. You can add your own comments about a particular number that will be integrated into the app and will be available to view for other users.
There are a couple of failures, though. The app does fail to identify the name properly while you are attempting the Reverse Lookup. However, those are just a few cases. Another intrusion is the annoying suggestion (or pop up) to download other apps from the developer. Does it not appear out of place on an app that aims to protect your privacy?

If you want a call blocking app with a simple interface, Calls Blacklist could be your best option. The application is quite easy with its interface and quite lightweight. 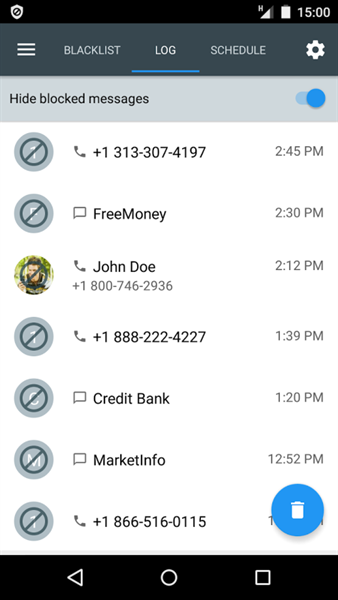 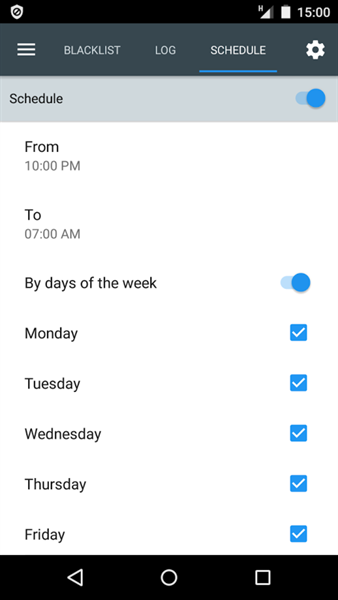 Calls Blacklist aids you in blocking Private Numbers. You can set the application to block the calls originating from unknown numbers, or the calls from a particular area code. There is a "Begins with.." option to block calls from numbers beginning with a particular prefix. Now, that is the feature which will be much helpful in blocking the calls from telemarketers.
The application can effectively block both calls and SMS. You can also schedule the blocking based on the time of the day and the day of the week.

You want to block the SMS alone? Then SMS Blocker can be your best bet. The app gives you the freedom of choosing which messages you want to receive. 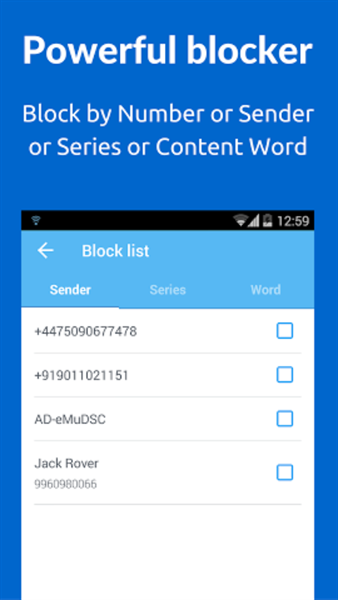 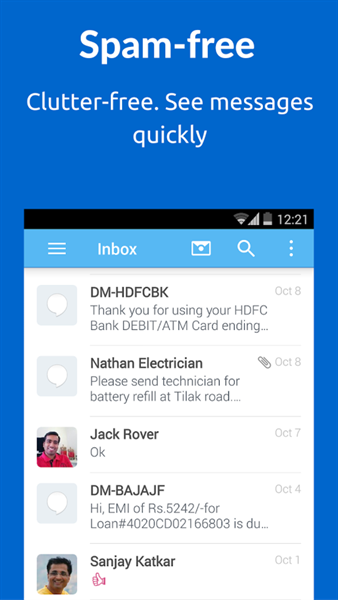 Want a respite from those unwanted messages from online portals and telemarketers? SMS Blocker is quite effective in blocking all those in a jiffy. The app can automatically block all your unwanted SMS and MMS. The messages can be blocked on the basis of different options. You can block the number based on the text of the message, content and the series.
The blocked SMSs can be exported to your PC or Laptop by backing them up in the notepad format. SMS Blocker also has a premium version that offers certain additional features. The premium version lets you have password protection for the app along with the relief from ads. It also lets you block the messages from all unknown numbers.
However, please note that if you are on Android 4.4 or above – you will need to use the SMS Blocker app as the default messaging app. There has been a restriction imposed by the Android ecosystem that only one app can manage and access the messaging service.

And that concludes my list of best apps for your call blocking needs. I have made it a point to include the apps that are much popular and feature rich. Take your pick and stay away from the annoying calls and SMS keeping them at bay. Share your views on your favourite call/SMS blockers in the comments below.