If you are a regular user of WhatsApp as the whole world has been, you know how it fills up your space even before you know. Especially, if you are a part of a group - it does not take more time to make you feel the space crunch. Finally, it reaches such a stage that you will not be able to refresh your email, leave alone using any app - or rather using your phone.
Of course, some of you will argue that there are ways to clean up space. Some of those methods may include clearing the cache on your device. Or you may use the apps that identify the content based on the type and criteria you set up and then just automate the process of cleaning up the junk. Magic Cleaner is one such app.

What is Magic Cleaner

Well, all of us use WhatsApp. While being an excellent and ubiquitous messaging app, it has its own drawbacks. With hundreds of messages and images being received on your device, it soon begins to consume too much space on your phone memory. 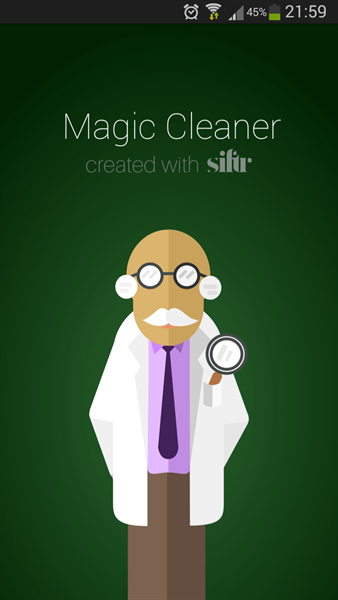 You can delete the unwanted images, greetings and memes manually, but that consumes time. And with the sheer number of such messages you keep receiving each day, the issue aggravates further. That is where the app Magic Cleaner comes to your rescue.
The app was initially launched for WhatsApp alone. But the latest update has made it capable of working with all your images. It can now delete your gallery images based on the criteria you set. Magic Cleaner has been developed by Siftr Labs, a Delhi based startup.

Magic Cleaner scans your gallery and selects the images that it treats as being not useful. All the junk images like screenshots, memes, quotes and cartoons are checked as useless. You can then delete them with a single tap. 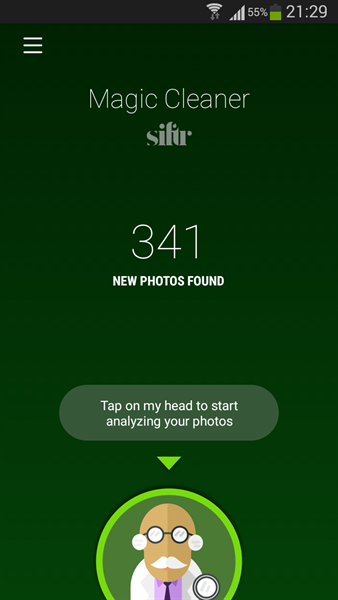 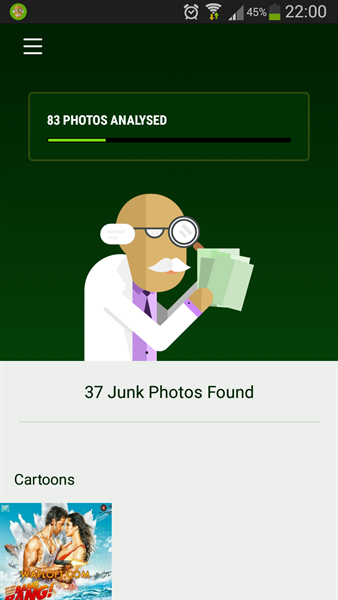 Does it bother you that some important images that the app may treat as junk getting deleted? No worries - the app scans the images and provides you with a list of images marked junk. You have the option to uncheck those which you may want to keep. So the control is in users' hands.

However, using it on cellular data can incur high costs. The app has a toggle for scanning the app only on WiFi. Make sure you have switched the toggle on. 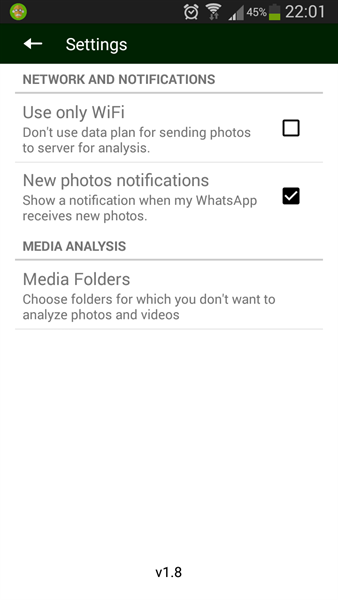 The app has been made available on iOS quite recently, but it has been around for a while on Android. The latest update has been made it more useful as it now can scan your entire gallery. That should make you sceptical, right? Giving permission to a third party app to access your entire phone gallery may appear a little scary. The founders deny any such need to be worried.

The Magic Cleaner is obviously a third party app. Would it be safe to let it access the entire photo collection on your phone? More so with the mechanism with which the app works by sending the data to its servers.
The founder of Siftr, the Indian startup that created this app - Mr Romi Mittal negates the fear. He says,

"Security is an absolutely valid concern, ....fact is that the images aren't being uploaded at all"

Mr Mittal adds that while checksums are derived from the image, these can not be used in a reverse process. Which means the checksums cannot be used to recreate the images. Also, the thumbnails are not accessible to anyone at Siftr and they are not saved anywhere on the servers. The thumbnails and the checksums are analysed using Artificial Intelligence and thus, any of the images you treat being private and confidential are not accessible to anyone.

Yes - being a company unheard of, you may feel suspicious of the permissions that the app asks you. The app needs permissions to access your contacts, phone status, WiFi connectivity and full network access. The developers negate those fears. These permissions are needed for the better functionality of the app. You can be comfortable with those permissions. If you can trust Google which accesses all your contacts and personal details the moment you sign in on it with your Google account, why not an Indian startup?

Well, the privacy concerns should not be a concern anymore. We have explained it already. But, how to monetise the app?

Being on Android for quite a long time, Siftr has released a version for iOS. It must be stated that there are already 60000 users on Android. Same kind of success can be replicated on iOS as well. Magic Cleaner is working on making it a success on iOS as well.

The Magic Cleaner is a great app to remove junk photos. We have seen many other apps that are capable of doing it. But, Magic Cleaner has some special features. The best part is that app can learn from the usage patterns of users. It finds the photos the users are most unlikely to keep on their device. The app is available for free download for iOS and Android. Head on to your app store and download it to experience the features. Share your views here. If you have any suggestions on alternatives, please feel free to share your ideas.