Want to buy a Chromebook instead of a Windows laptop? You are not alone. There are many like you who prefer Chromebooks over Windows Laptops. The reasons vary much. They have not much onboard storage as most of the apps they run are from cloud. Besides, they come with a better battery backup. Affordability makes them stand apart from the rest of the laptops. No wonder they have been the popular options of late.

Chromebooks are a sort of laptops. But, they do not run on Windows or Mac OS. Instead they run on Chrome OS – the proprietary operating system from Google.
The device runs when connected to internet. Most of the apps and software on it are designed to work from cloud. As such this breed of devices do not have much of onboard storage. Another advantage that this breed offers you is the affordable price. Longer battery life is the primary reason the Chromebooks are used widely.
Here is the list of some good quality Chromebooks you can opt for in 2016. They are available in a wider range of sizes and configurations and varied price points.

The Toshiba Chromebook 2 is on the higher side of affordability.
Powered by a Intel Core i3-5015U processor running at 2.1 GHz, it gives you a full HD at its best. With a screen size of 13.3 inch, you get a great 1080p resolution. It has a 16 GB of eMMC memory. In fact, the storage is best in class compared to other Chromebooks. 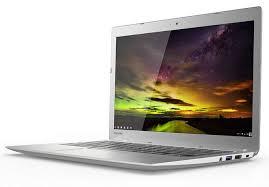 The Toshiba Chromebook comes with a 720p HD webcam. The onboard 4 GB RAM is enough and good for your daily tasks. Graphics are taken care of Intel HD graphics 5500. The Skullcandy speakers are an added advantage.
With its 1080p screen and better memory, it is one of the best. But the price is a bit on the higher side. It comes under the budget range of Windows laptops. Unless you are fond of Google ecosystem, you are definitely paying a higher price for the device.
ProsCons
Price and availability
The Chromebook is made available from October, 2015. The estimated price is Rs. 29000.

The huge plus point that HP has in its favour is the price it commands. The HP Chromebook 14 is priced at rock bottom. 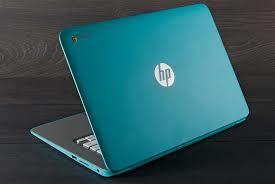 Priced lower than the Toshiba counterpart, it has a slightly larger screen. HP Chromebook 14 is good for you if you are looking for a basic need perspective.
The device is powered by Intel Celeron N2940 processor at a clock speed of 1.83 GHz. The onboard RAM is 2 GB which may seem a little less. Graphics are handled by Intel HD graphics. The internal storage reads 16 GB eMMC.
ProsCons
Price and availability
The Chromebook is available in multitude of colors. It can be interesting feature for those love their devices to be colourful. You can get the device for Rs. 26000 on SnapDeal. The Chromebook is also available on other e –commerce site as well.

The Acer Chromebook 15 has the distinction of being the first ever Chromebook with a 15.6 inch display. The device boasts of a robust design, but yes – it is a little on the heavier side.
And the first Chromebook to feature the fifth generation Intel processor. It is powered by Intel Core i5-5200 dual-core processor. The clock speed of the processor reads 2.2 GHz. The onboard RAM reads 4 GB which is quite great for your multitasking requirements.
The internal storage of the Chromebook is 32 GB. That should be a positive point in comparison to the other devices. Intel HD graphics 5500 promises a good graphics experience.
Acer Chromebook 15 boasts of better screen size, faster processor and better battery backup. That makes it one of the expensive Chromebooks available.
ProsCons
Price and availability
The Acer Chromebook 15 is priced around Rs. 30000 to 40000. Though it may appear a little on the higher side, the price is justified with its high end features.

Dell Chromebook is best suited for business usage. The looks do not let it out, but Dell has packed in as many features as possible within the device. 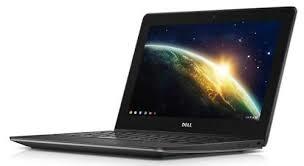 The Dell Chromebook is powered by Intel Celeron Bay Trail-M N2840 dual core processor. The clock speed is an impressive 2.6 GHz. Screen is a little on the lower side at 11.6 inch.
The onboard RAM on the device reads 4 GB which must be enough by today's standards. The Dell Chromebook comes with a 180 degree hinge design. It also comes with louder speakers that may impress the multimedia fans.
ProsCons

Price and availability
Dell Chromebook is priced at Rs. 33000. You can buy it from different e-commerce sites.

The Asus Chromebook Flip is one of the best touch enabled Chromebook. The USP of the device is the convertibility it offers you. 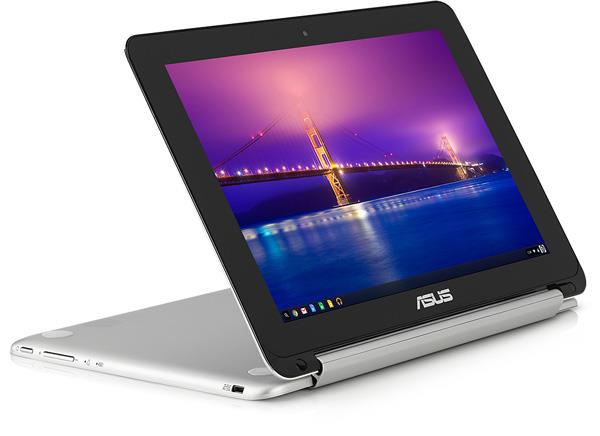 It is powered by Rockchip 3288-C quadcore processor with the clock speed that reads 1.8 GHz. The screen size can be reason to frown upon for some of you. Graphics are taken care of by Mali GPU. The onboard RAM of just 2 GB may seem a little out of place in the current breed of devices carrying 4 GB RAM.
The Chromebook does not boast of being perfect, but the affordability factor should be a compelling. Build quality of the Asus Chromebook is the best among the rest. The great battery backup is an added advantage.
Pros
Cons
Price and availability
The Asus Chromebook can be bought for Rs. 16000. The device seems to have been discontinued on some sites. Check for offline availability as well.

Chromebooks are here to stay. The utmost reason for their popularity is the affordability. Moreover, the confusions about the Windows 10 has added to the wider usage of Chromebooks. If you are comfortable with Chrome and want a way to to go online the easier way, Chromebooks are definitely for you.

How to configure 3G in Chromebook using SIM cards

In this article you can find tutorial about using SIM card in Chromebook to access 3G network. I have give tutorial for Verizon 3G as well as other SIM cards. You can also get information about enabling the roaming option.

How to play MKV files on Chromebook?

Struggling with playing MKV files on your Chromebook? Fret not, there are many other ways to play an MKV file on a Chromebook and we will be discussing all of these methods in this article. Read on!