The Little app is a unique app that lets you find the deals around you. So, whenever you move around the city and want to have a plate of a Chinese dish, make sure you pull out your smartphone out and check the little app. What exactly does this app do? Are you keen to know how it works? Keep reading on.

What is Little App?

The Little app is a daily deals app that lets you find some extraordinary deals in restaurants, movies, spas etc. It can find the deals nearest to you at the moment. It reads your location and points out the best deals. 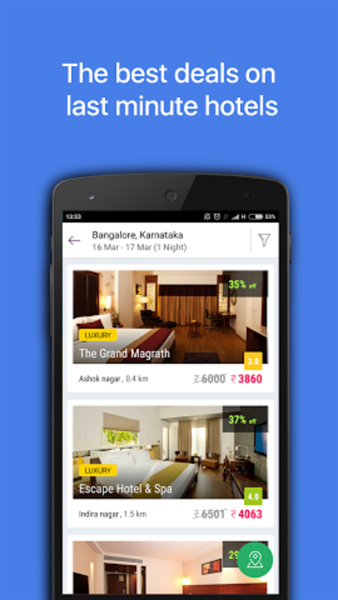 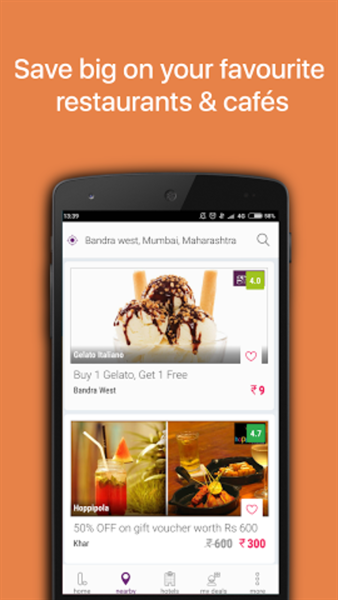 You just need to register yourself with the app and you are good to go. The app works with PayTM for payment. If you do not have a PayTM account, you will need to sign up for one.
The Little app is a one stop app for all your service needs. There is no need to open all those apps you regularly use find the best deals. The app works in the similar way as the Voodoo app that lets you check the best deals in a single app. The app has signed up with a host of service providers like Oyo Rooms, PVR Cinemas and Café Coffee Day among others.

How does The Little App work?

First of all, you need to register yourself on the service. The Little App does not need anything more than your mobile number to register. Please note that you will not be able to use the app without registration. Guest mode is not available on the app. As the developer says,

"to find and suggest awesome deals for you, we need to know who you are and what you like"

Once you install the app on your device, you can launch the application to witness eight categories of deals. The app provides you the deals across - Food & Drinks, Spa, Fitness, Movies, Medical, Things To Do, Auto, and Local Services and Holidays. There is also a Nearby tab. It will list the deals that are available near you irrespective of categories. In fact, that would be the best option as it will be providing you the deals available at the place you are already at. The deals most near to your current location will be listed at the top.

Once you find a deal that appeals to you, just tap on it. It will open the deal and come up with details of the deal. The details could vary depending upon the deal chosen. It will let you know the distance of the merchant from your current location, the deal value and the steps to redeem it.
Buying the deal is quite simple. You just need to tap on the deal ad buy it. You can buy the deal by making the full payment through the app. A few merchants support partial payment though the app, while the balance can be paid in cash or using the card at the outlet.
Please note that the Little App supports payments only through PayTM. If you do not have a PayTM account, you may need to register for one. Once you complete the process of buying the deal, a Order Code is generated. You will need to show the code to the merchant.

The salient feature of the app

The Little app has tied up with around 5000 across 11 cities all over India. The partnerships are growing at a good pace.
The deals bought by you are saved under the My Deals tab on the app. You need to show the concerned deal to the vendor and it is redeemed. In case of certain deals like Cinema tickets, the redemption can be done by showing the SMS you received.

How to deal with complaints?

The Little App has normally no complaints. Even if you have any, they have well placed complaint redressal procedure. Here we go with the details on certain scenarios –

There are less possibilities of such events. Little App makes sure with the merchant about the deals that go live on the app. However, in such an eventuality, you can write to therm. The Little App assures that they will take a necessary action.

In case the merchant refuses to honor the deal

You can raise the complaint by writing to The Little App at hello@checklittle.com. You may also contact them via the phone at 080-46490000.

Well, once you book the deal – you may be forced to cancel the deal due to certain reasons beyond your control. In such cases, you may send a cancellation request to The Little app. The customer care will guide you through the process. Please note that the process of cancellation and refund will depend on the concerned merchant.

If Little App finds your cancellation request valid, it will authorise it and send you a confirmation. The refund will reflect in your PayTM wallet within 48 hours. In case of any queries, you may contact them via email on hello@checklittle.com or on 080-46490000.
Please note that deals may be available on specific days alone, or might have expired. When you book a deal, the app lets you know the expiry date of the deal you bought in the My Deals section. Some of the deals may not be valid on weekends. You need to go through the terms and conditions of the deal carefully before buying the same.

I found the app quite useful though I used it for a little time. As my place has not many deals, I could not check the full functionality. Hopefully, the tie up will grow to include more cities soon.
The design is quite impressive and the concept is more so. You can find some good deals without the need for any bigger planning. You can easily get the deals at the location you are right at the moment. Only drawback I would see with the app is a rather limited option for payment. We just hope it had more payment options other than PayTM.
The app is available for download for iOS, Android and Windows Phone. Head over to your respective app store and download the app.

I bought 6 CCD Coupons worth 595 INR on 16 December 2017 via littleapp.in and tried to use the same at CCD but the merchant said all coupons are invalid and denied duty. I contacted them but same response that "It will not happen again". The same thing happened to me 3 times and now all the coupons are now expired .... I comsumed 18 coffees at CCD just to use these coupons and coupons are still unused... Now I claim the refund at their end their reply is "We can't do anything contact CCD.."

Is this a great app to deal with... If you want screenshots I have all the screenshots with me...