Virtual Reality has been the biggest talk of the time as of now. Almost every new device being launched is accompanied with a VR headset. Agreed – it is the newest technology and there aren't many of us who are flocking the stores for the VR Headsets. But still, we have some of those who keep themselves abreast with latest developments in technology. If you are one of them and confused with a quite a good number of choices available, this article is definitely for you. Let us analyse the devices here one by one.

What is Virtual Reality?

Well, it would be a little difficult to check out when exactly the term Virtual Reality came in to the existence. The earlier term used for what is today known as Virtual reality is Artificial Reality. The term Virtual Reality was first coined by a Sci-fi novel in 1982. Gradually the term was so widely used to denote the Artificial Reality that soon it replaced the original word.
Virtual Reality is a term used to explain the process of replicating human senses artificially like touch, vision etc. It, in fact, is a way to get a 360 degree experience of any situation.
Okay, does it hold any practical importance? Being a new technology, you are bound to get those doubts. But, yes – the technology is much important from a myriad points of view. Architecture, Gaming, Health care, arts and automobiles are some of the fields that will get benefited with the advent of Virtual Reality.

The new Virtual Reality device from Sony is launching this October. The headset was announced in 2015 and was rumoured to come with a 5 inch display. 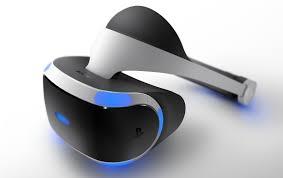 However, there have been changes now. It will now come with a 5.7 inch OLED display. If you have a PlayStation 4, you should definitely go for this VR device. It will give you a more immersive experience. If you are a die hard gamer, this could be your best choice.
The device has an impressive refresh rate of 120 Hz which ensures better performance with 120 fps games. With the Sony branding, you can expect good things to come. The reason for my expecting such a possibility is the relationship Sony shares with the game developers.
The Sony PlayStation VR is comparatively cheaper. Though the price has not yet been announced, you can expect it to cost you somewhere around Rs.26400. Even at that price, Sony is much cheaper than the competitors.

The Samsung Gear VR marks the entry of Samsung in the Virtual Reality arena. The device is locked to a particular manufacturer – which may pose off as a walled approach. 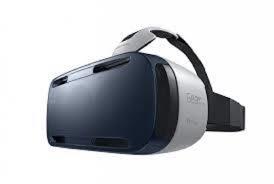 The Samsung Gear is made by Oculus and powered by Samsung smartphone processor. The device is a way of achieving virtual reality on Galaxy smartphones. You just push your Galaxy device into it and enjoy the 360 degree virtual experience.
The best part with the Gear VR is the fact that it is powered by a smartphone. It will not need an expensive set up like a console or a computer to run it. You can buy it for as low as Rs. 6000.
The Samsung Gear VR offers you a great experience as far as the virtual reality is concerned. But, if you want a really high end experience – you would be in for a disappointment. Being a budget level option, it provides you well for what you have paid for it.
Samsung has added a lot of VR enabled games and videos to its store. You can check them out Samsung Stores.
However, not being compatible with competing devices could be a reason for concern. It is a little expensive in that sense, one should say. The device works with Samsung Galaxy S6 (and its variants), Galaxy Note 5 and S7 (and variants). It is available free with Galaxy S7 and S7 Edge, while you need to purchase it separately for other devices.

Well, it was Oculus that started all this hoopla on virtual reality. The Oculus Rift is believed to hit the stores in April, 2016. 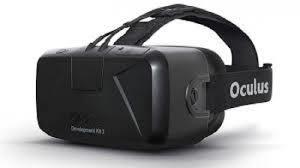 The firm was originally a Kickstarter project by Palmer Luckey later acquired by Facebook. It has been the front runner in making the concept of Virtual Reality an actual reality! The Oculus Rift comes with a heavy price tag compared to the other competing products, but has a great quality backing it up.
The specification sheets speak about it all – a 1800 x 1200 resolution on each screen, a 90 Hz refresh rate and support for positional system are some of the features that Oculus Rift boasts of. Moreover, you will soon be getting the Touch Controllers which will let you use your hands too for the real feel of virtual reality.
And all of these goodies do not come any cheaper – the Oculus Rift would cost you much more than all others. The VR headset will cost you around Rs. 39000 for the VR alone, The configurations of the computer that needs to run it are also on the higher side. So, it is definitely an expensive deal, but if you have an eye for quality you should go for it.

A joint venture between the Taiwanese manufacturer HTC and the video games firm Valve, the HTC Vive will be shipping from April, 2016. 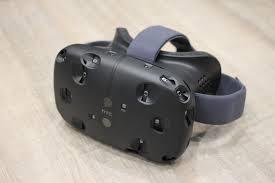 The VR device supports a 90 Hz refresh rate and the ability to read the movements of your hands. That is exactly where it stays in sharp contrast to Oculus Rift. Supposed to be available at a price tag of around $800, the HTC Vive can be treated as the best Virtual Reality headset currently available for the mass market.
Just like Oculus Rift, it too needs you to have a high end configuration on your computer. You get a 110 degree field view and a 90 Hz refresh rate. It comes with a resolution of 1800 x1200. All those high end features make it the best VR device for the consumer market.
The only point that goes against HTC Vive is the hefty price tag associated with the device. And then add to it the high cost of the computer you will need to support it. However, you cannot forget the fact that you get some additional accessories as well.

This is the device that took the world of Virtual Reality by surprise. It is a merger of Augmented Reality and the Virtual Reality. The real world elements are merged with the holographic images, thus allowing you experience the scenes of a strategy game on your study table.
The Microsoft Hololens is capable of a 120 degree field of vision. You do not need any third party software or a computer to run it. It is a standalone device that lets you project the holographic images " practically in the air"! 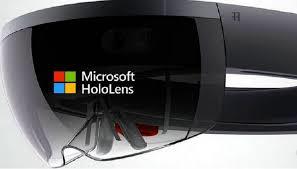 The Microsoft Hololens is more concentrated with the professionals. You get a a very realistic high definition holography experience. The device comes with the built in Windows 10 software which runs on battery. So, you need no computer to handle and work as a processor. But, this independence makes the device much heavier. In fact, the Microsoft Hololens is the heftiest of all VR devices currently available.

Well, there are many options available. But, of these the one that caught my attention is Google Cardboard. Well, it is still under development and offers you just a slice of what Virtual Reality can offer. Yet, it is the cheapest option to experience virtual reality. Agreed – the Google cardboard does not offer the kind of immersive virtual reality feeling you would be getting with Oculus Rift or HTC Vive, but still it does a good job in giving you a feel of the experience in a measly looking price tag.
Different cardboards are available on Play Store. You can buy the ones you would want to. The cardboard project also comes with a DIY (Do It Yourself) kit wherein you can download the instructions and make your own cardboard.

And now over to you….

So, that ends our list of the popular VR devices. I guess we have covered almost all major options that are currently available for the consumer. Now, the ball is in your court. Which one of the devices is your favourite among the ones featured above? Share your experiences with the virtual reality – both as the concept and the devices – and update your ideas here. If you have the list of your favourite devices feel free to come up with your ideas.