Remix OS is an attempt from Jide Inc to bring Android to the desktop. The operating system is completely free of charge to download. Let's take a look at some of it's features.

There are many ways you can try out Remix OS. Official option is to buy the USB pre-installed with Remix OS. There are some laptops too being sold with the Remix OS installed. Another option is to download the OS image from the official website and burn it into disc or USB. Regardless of which method you choose, installing the operating system is very easy. You don't have to know anything to install this OS. The installation process hardly takes few seconds to configure. Installing the Remix OS on USB driver is the best way to try out the operating system. After installation you can easily boot into the OS and start working. Initial setup gets you to choose the language, keyboard layout and integration with the Android app store. You may struggle installing the OS on most of the laptop hardware due to the fact that not all hardware are supported. Your best option is to just get the image installed on the USB drive. This way you can easily plug it on your computer and use the OS as full fledged desktop.

Remix OS has no learning curve of it's own. You can use it just like you're using Windows but some part of it still let's you work like Android UI. And this makes it easy for those who want to just focus on working instead of learning UI. 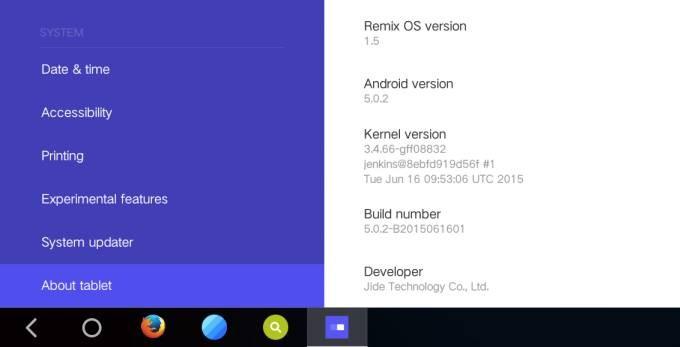 Android being a touch based operating system, has no built-in desktop like options included in it. So the makers behind the Remix OS have managed to add their own patches for keyboard and mouse detection. You can use right click context menu for the mouse without any issues. The keyboard support is tweaked to accept desktop and tablet based key options. For casual typing and the minimal tasks, the keyboard and mouse should work just fine. However, you may not get a lot of accessibility options that normal Windows or OSX offers in their setup. One issue is that keyboard and mouse may create driver issues. You have to check if your hardware is compatible with the input devices.

The application support is not out of the box. You have to go through the Remix app center for installing the apps. The apps inside the app centers are configured to work under the operating system. This way the compatibility issues are solved. Considering the system makes use of the hardware for which the OS was not designed, few glitches are likely to occur. Not every app works under the Remix OS. 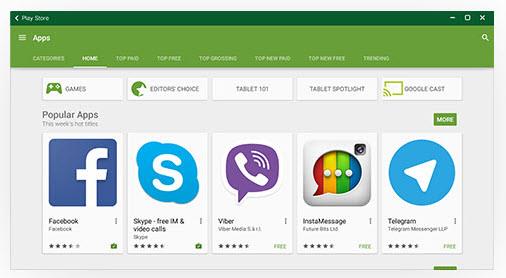 However the amount of apps that work are enough for anyone to use the Remix OS for their daily usage. You may notice that all the major known apps work on the system. And another issue is with the app updates. As the apps needs to be compatible with the OS update, you may find that it won't be wise to update the app as the updates arrive. The apps are limited with their support in such way that you may not be able to replace your Windows desktop with Remix.

Remix is far from perfect Android desktop implementation. It has lot of bugs that make it harder to install on most of the hardware. Sometimes you may also notice that the mouse may not be easily recognized. Despite the devices being connected using USB port, you may find the OS not recognizing them. So such bugs will be patched up over a period of time. So you may have to wait few more versions in order to use the proper system image. If you're using the Remix OS inside VirtualBox then you have to toggle from PS2 mouse option or USB to get the mouse working. Some users have reported the bug for USB mouse and they set the PS2 mouse option instead. So this bug randomly let's you select the type of mouse and may or may not get it to work.

Remix OS is a good alternative for those who wish to use Android on their desktop. In such case they can sync their smartphone, tablet and the laptop on cloud using Remix OS. If your workflow involves using Android apps for everyday work, then you can give Remix OS a try.