New software can be a bit concerning at times. That's why I'm grateful to be featured on techulator.com, an excellent resource on tech both hard and soft. If you're concerned with some of the apps on Windows 10, check out their article on program uninstallers for Windows 10. 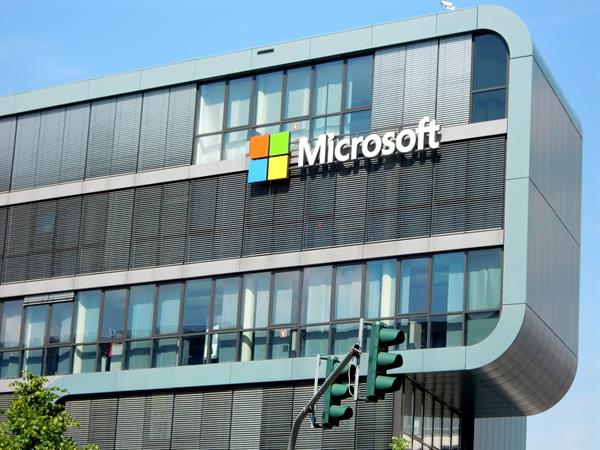 Every piece of modern software you use is gathering some form of data from its users. Whether that data is something benign (such as login times, traffic to specific content, user language, etc.), or something profit driven (product interests, web history, user habits, etc.), depends on exactly who is in charge of gathering the data.

The question becomes whether or not this is an invasion of privacy. Recently, Microsoft has been under heavy scrutiny for their latest Windows product. Windows 10, offered free for the first year, has met with mixed reception because everyone knows there's no such thing as free. With additions such as Cortana, many are asking what exactly Microsoft is mining from its users.

By default, Windows 10 gathers quite a bit of data from its users. Many things you do are tracked, from your location at any given time to what you're typing and saying. Microsoft even accesses diagnostic data from your computer any time there's a problem.

The thing about Windows 10 that seems consistently absent from criticisms offered is that you can disable the majority of Microsoft's data-gathering services. You can prevent apps from using just about any hardware on your computer, from your microphone to your camera. On the data end, you can even disable access to your contacts, email and other such services.

All of these options can be accessed under the Privacy tab of your Settings. By disabling the majority of the items on the list, you can keep Microsoft from gathering most of your data.

However, many features will not work if you decide to try to be anonymous. Let's take a look at what services need access to your data and whether or not you're even getting full use out of Windows 10 without them.

While there are many points of contention among users and non-users of Windows 10, Cortana is by far the number one target of criticism. As perhaps Windows 10's most touted feature, Cortana acts as your digital assistant. Like Siri and Google Now, Cortana can be used to plan things on your calendar, search for information on the net or even just to joke around.

But while Cortana might have a sense of humor, some are asking if it's because she's taking everything you've got straight to the bank. In order to accomplish what she does, Cortana needs to know your location; disabling that means disabling Cortana. She also wants to know what you're typing, and since she responds to voice commands, it means she needs to always be listening.

It is possible to lie about your location to Cortana; if you connect with a Virtual Private Network (VPN), you can hide behind a remote server and change your IP addres. But of course that will prevent Cortana from making logical recommendations based on where you live.

This information is stored on a special log to help Cortana better tailor her services to you. Access to your contacts is important so she can make calls, set appointments or send emails for you.

It sounds like a frightening amount of information, but it's really not so different from what any other service is logging. In order for Hey Google to work, Google Now needs to be listening too. Siri doesn't just go to sleep; she's also waiting to hear you ask for her help.

What Cortana does save can be deleted manually at any time. Unfortunately, deleting your history with Cortana also means starting from scratch if you decide to try using her again later. It becomes a question of convenience vs. privacy. Are you okay with Cortana knowing most of what you're doing?

Another built in feature for Windows 10 is access to their cloud storage service, OneDrive. In the same way DropBox, Google Drive and other services allow you to store files online, so too does Microsoft. This isn't exactly a new service, but it is a default for Windows 10 and should therefore really be considered part of the whole package.

The big difference here between what's on your PC and what's on OneDrive is that Microsoft's security statement actually grants them the legal right to submit your data in the event of a legal proceeding or to prevent bodily injury. While Windows 10 may not be gathering data specifically from your hard drive, that changes if you decide to store it on their servers.

The good news is you don't have to worry about Microsoft telling the FBI you've got a thousand mp3s on your hard drive. That falls outside of their privacy agreement's jurisdiction.

Telemetry: Who and What You Are

We've already discussed that Microsoft (if the service is enabled) can tell where you are and customize services and offerings based on that. But when something goes wrong, Windows also needs to know whose device is communicating that something happened and the type of device the problem is originating from.

On previous versions of Windows, you'd be asked to send an error report after something "broke." On Windows 10, that report is always sent; you just have the option of exactly how much information Microsoft can collect from you. All devices have a unique ID that is sent, even on the most basic settings. These IDs don't specifically tag you, but instead let them tell one report from the next.

Other settings will send additional information when there's a problem, such as the apps you were using or other elements that may have led to the crash. Stick with the Basic setting if you're concerned about privacy, but if it doesn't bother you, the Full setting may contribute to fixing future problems for other users.

Ads for You, Ads for Me

Since we've moved away from programs being actually free and instead being supported by ads, pretty much anything you get from one of the various "app stores" is going to have ads at some point unless there are in-app purchases. Microsoft offers the option of an ad ID, which it uses to adjust your ads.

The good news is Microsoft isn't actively scanning your files to target ads at you. They've had a pretty bad experience with that kind of thing already. But they are (with this option on) monitoring what ads you've seen already. This seems to be so you don't see the same commercial for the 30th time in a row (how's it going YouTube?).

Enough claims abound that tote how much of a data thief Windows 10 really is. But in truth, Microsoft is only taking the data you allow it to have. Most things that might threaten your privacy can be totally disabled. Others have been around for several versions of Windows.

If anything, it would be surprising if Windows 10 didn't take some of our data. Google and other companies have absolutely no hesitation about harvesting our data and selling it to advertisers; is it so strange that Microsoft, who is now adopting more internet-based services, might also need to do something similar?

The next time you're worried about what Microsoft is taking from you, consider what you're already volunteering to other companies.