Facebook has been the most popular social network. But users worldwide had a annoying feeling about one of its features, or actually lack of it. You could only Like a post or a photo posted on Facebook. What if you have some other feeling about the update? Facebook has now rolled out the new Reactions. How to use these new reactions? Here we go with the details on how to enable the reactions and use them effectively.

What are the new Reactions?

Since time immemorial (well, ever since Facebook made its entry into our lives), the Like button was ubiquitous. If a post interested you, you just went and liked it. But, this feature had a negative feeling associated with it. What if you saw a post on a heinous crime? You get enraged and unhappy, yet there was no option than "Liking" it! Which sounded more unpleasant than the crime itself.
Facebook users worldwide had been demanding for a Dislike button to help them react to such posts. Well, you won't see the Unlike button even now. But, Facebook has rolled out five new reactions. Apart from the famous Like button, you now Love a post from someone close to you, or go a funny way with a Haha reaction. Then there is a Sad and a open mouthed Wow. And if you are not happy with that has happened, you can get Angry as well.

When will it be available to me?

Well, the feature has already been rolled out on the web version of Facebook. So, you will not need to do anything extra to enable the feature. If you want to know how to use the new reactions, keep reading.
As for the mobile apps, the availability will depend on where you are from. Facebook has been rolling out the updates to its Android, iOS and other apps. If you are not getting it, head over to your respective app stores and update the app to the latest version. If you have the latest version, and still not getting the feature - try closing the app and launching it again.

On how to use the new reactions feature on your phone, keep reading through.

Why there is no Dislike button?

Facebook has been receiving the requests for the Dislike button since the beginning. But, surprisingly enough, this much in demand reaction has not been made available. The CEO, Mark Zuckerberg believes that the Dislike option conveys too much negativity. He has made it clear that he never intended to incorporate the Dislike feature. He has stated,

"Everyone feels like they can just push the Like button, and that's an important way to sympathize or empathize with someone"

However, the launch is still experimental. Facebook is known to offer step by step launches, and then incorporate broader changes based on user feedback. We may expect a few changes in the days to come.

How to use the reactions feature?

Well, it is pretty simple. Depending upon whether you are on a desktop, or a smartphone - follow the steps below.

On your PC or Laptop 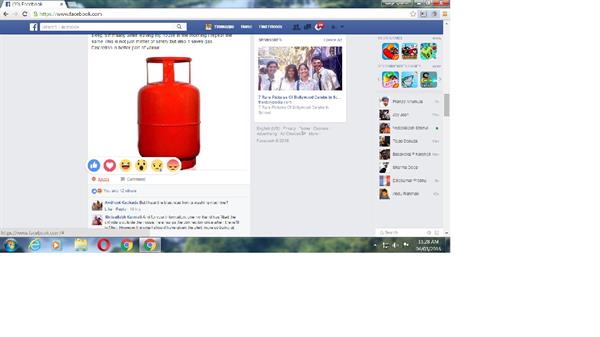 On your smartphone
That does it. You have successfully added a new reaction to the post.

use reactions to track user behaviour and for ad delivery

Does that mean we will get more ads? Facebook calls those ad servings as Personalisation. So, it could well mean we are in for more "Personalised" treatment.
Please note two important points here. The feature is being rolled out a phased manner. If you do not get it, wait patiently. It will be available to you soon. And the second important point is unlike in the past, do not just go and like a post. If you like a post about a natural calamity, or an accident - "liking" it now may look quite odd and rude. Instead you can choose Sad or Angry. Pay attention while you add a reaction.
Beside, please note that you can have only one reaction per post. So, you won't be able to like a post and get Angry with it at the same time. Also, you need to use the reactions following the exact same procedure outlined above. Just tapping on the Like button will just make you Like the post as in the past.

That was how to enable the new reactions feature on Facebook. How many of you have used it? What are your takes on the new feature? I would say it is one of the most needed launch for the world's biggest social network. We will not need to be embarrassed now for "liking" a bad news. We have every right to feel sad, or angry over the development.