The debate on net neutrality has been making news for over a year now. The tussle between Free Basics and Net Neutrality? has been picking up. We need to wait till the final outcome. But, for now - let let us focus on a few awesome apps that let you earn free data. Here is the list of such apps.

This is the best app in this category. Gigato lets you earn data as you keep using the app. Once you reach a specific threshold, you can redeem the data from your carrier.
Gigato has partnership deals with different apps and offers you free data on using those apps. The promotions run for a limited period and you need to use the partner apps. 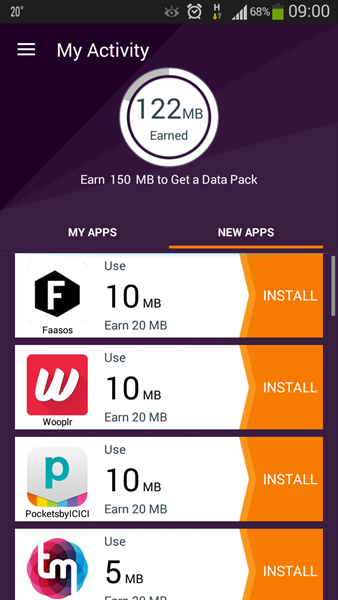 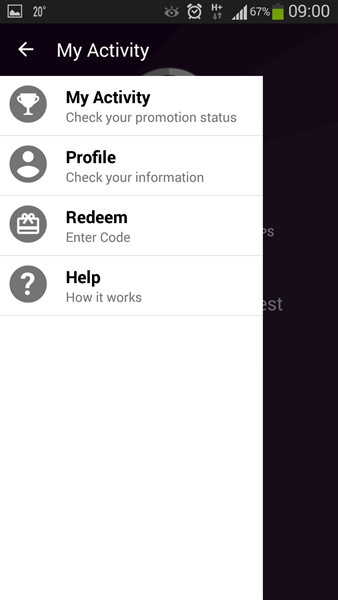 It is quite simple - you just need to install Gigato on your phone. The app scans the apps you have already installed on your device and lists out the ones that have partnership deals with Gigato. You get the free data in lieu of the data you use with those apps. The data earned is usually more than the data used. And that's how you stay ahead.
Most of the apps that have partnered with Gigato are those which you are using on a daily basis. So, it is an incentive you will earn for doing the things you will anyways do - even without this app. The partnerships with apps have no exclusivity - any app can partner with Gigato. This is in sharp contrast to AirTel Zero plan.
Gigato also lists a few new apps that you can install and earn more data. The app does indeed work the way it promises. Users have indicated that it actually lets you get data. It has also been reported that the app does not infringe upon your privacy.
Get Gigato from Play Store for free.

The app is quite simple - you watch the ads and get paid! My Ads lets you watch an Ad and then answer a couple of questions. That's it - you earn for it. The ads are similar to the ones you watch on TV. But the best part is that they don't come up up in the middle of the show as on TV. What I mean is they do not disrupt your regular usage of the phone. You can watch those ads in your free time to earn some talk time. 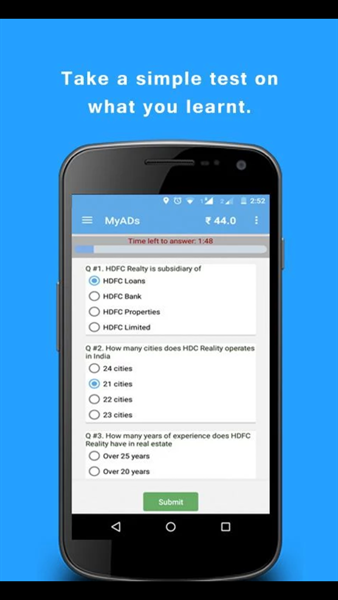 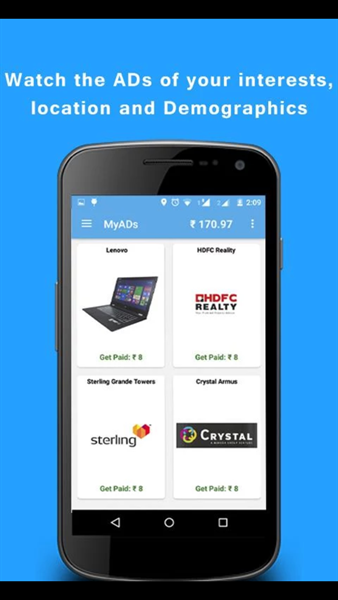 Maybe it will appear annoying to some of us. But, if you are getting Rs. 10 for an under one minute video, why not? Money that you collect in your account can be used to recharge your phone and get some mobile data.
The app is available on Play Store for free.

The app works similar to Gigato. But, there is a little difference. You earn money on Gigato for using the apps, while Earn Talktime lets you earn talk time by downloading the apps. 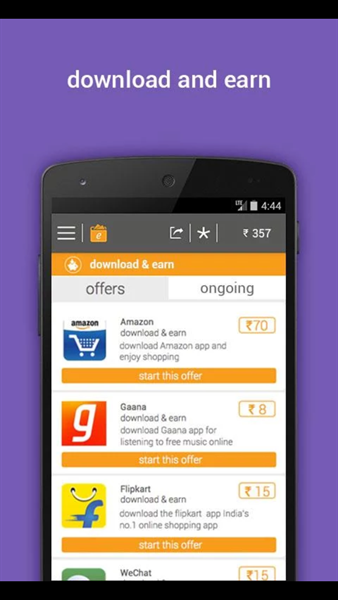 Almost same as another app in the same genre - MCent- this app has differential pricing for each app you install on your phone through the app. There are certain promotions which will need you to install an app and then perform certain specific actions with it.
Users have reported that the app works just good. But, it expects you to perform some specific actions and then monetises those actions. You can use the accumulated balance to recharge your phone for data.
There are no privacy concerns with the app, however - since the app needs you to perform some specific actions to earn Talktime, I would advice you to be a bit careful.
The app, Earn Talktime is avaialble on Play Store and you can download it for free.

Unlike the apps mentioned above, PayTunes does not need you to perform any action. It just replaces your ring tone with ads and monetises those ads. For every call you receive, you will get an ad and this converts into points. 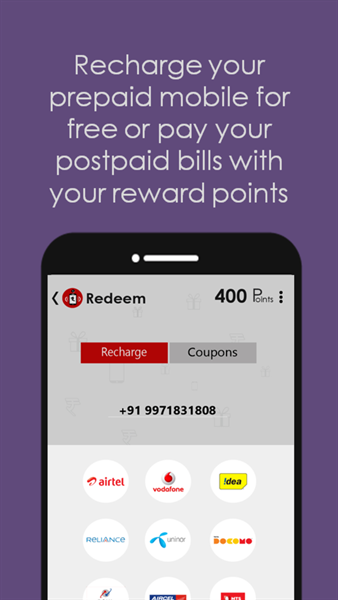 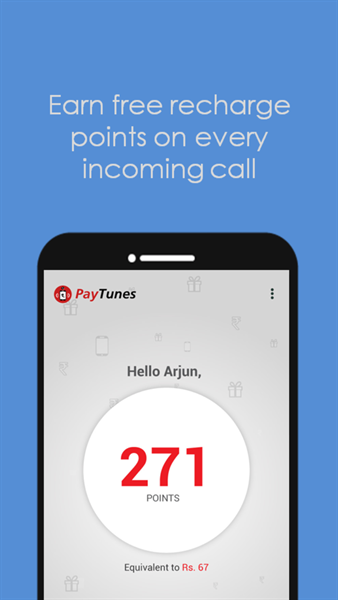 PayTunes is an Indian startup. The best part with it is you do not need to do anything to earn talktime. It, in fact, monetises the regular feature of a phone into an earning avenue.
Payouts are lower compared to the other apps mentioned before. You get points worth one rupee for every three calls you receive. So, if you want to make Rs. 100 a month, you have to answer at least ten calls per day. But having to do nothing more than what you normally do with your phone should be reason enough to opt for this app.
A point to note here - do not try to cheat the system. PayTunes has checks in place to find if you are doing calls intentionally just to gain points.
The app can be downloaded from Play Store for free.

Online recharge sites like FreeCharge and PayTM offer cash backs and promotional offers from time to time. You may get good deals when you recharge your phone - which again is a task which you have to do in any way.

Well, that was a compilation of a few good apps that help you get free mobile data. Gigato is best among them as it does not need you to do anything to earn rewards. You just use the phone as would normally do and earn data in return. If the readers come across more such genuine apps, they are welcome to share them here below. I will add them in the article of found good enough in terms of quality.