Linux kernel and it's application architecture is different. It has different ways of installing apps and set the configuration. In case of Windows the kernel and the application installation is complicated. This is one reason .NET technology had to be ported to Mac and Linux platform. Still even after porting the .NET framework, the apps are less likely to work in executable format. So in order to run such apps you have to use environment wrapper.

Note: Try to avoid installing latest version of Windows app as those recent versions may not be supported under Linux immediately.

There are many such environment simulators that you can use on Linux operating system. We are going to discuss two such apps for Linux.

Let's take a look at each such simulators and learn how to install and use them on your operating system.

Here's how you can install Wine on your Linux distro. Note I am assuming you're using Debian based distro such as Ubuntu or Mint. So the instructions for terminal commands reflect accordingly.

Open terminal and type the commands below.

If you want to install specific version of Wine, just type the name of it ahead of the word "Wine". Above commands works on Linux Distro which is Debian based. If you have OpenSuse or Mandriva then instead of apt-get you have to use "yum".

In order to run the Windows installer for application, you have to right click on the executable. And from the menu option choose the option to run from Windows loader. You will find menu similar to the below image. 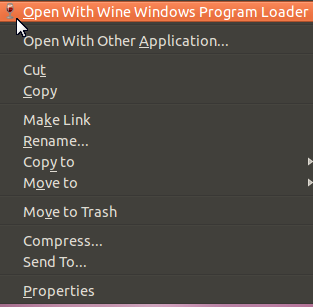 If you have Ubuntu or Mint Linux installed then you can use Software center to search and install "Wine". You don't have to use Command line in this case. Do note that this download is bigger in file size. So you have to wait for few minutes in order for the software to download and install.

You can use Wine for almost every Windows application. However there are some games and apps which you may not be able to run properly. In such case using POL is a good option. It has large database of supported games. The support for the games is much better in terms of graphics rendering. 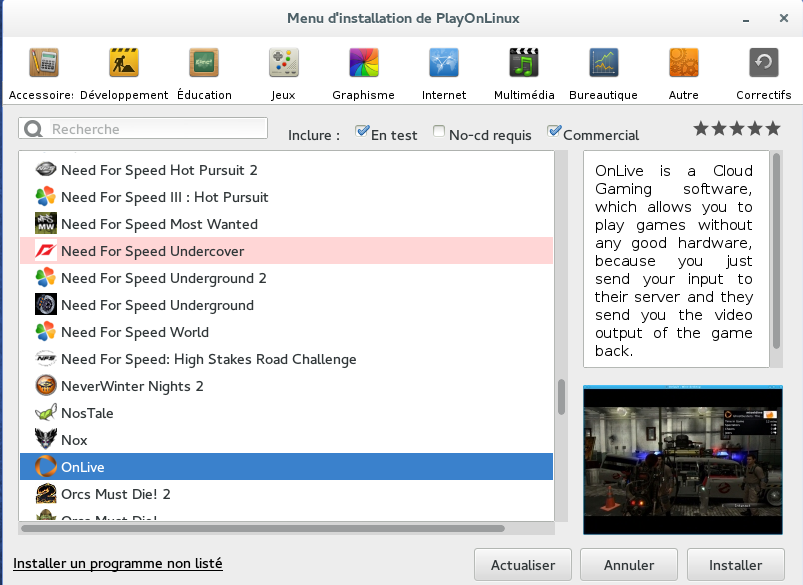 You may find more luck in running games using POL than Wine. Also some of the graphics based apps run without any issues. So if you want to run games or 3D rendering apps then you should use PlayOnLinux. Though POL relies on Wine for underlying architecture but the support from the POL is more effective for games.

Here are instructions for installing PlayOnLinux.

Installer takes some time to install and after installation you can install games on your Linux distro. You can also install the POL from the software center or the similar other apps like Synaptic or Adept. You'll be able to install the app with all dependencies set.

This application is extended version of Wine. Any app that runs on Wine can run on Codeweavers. However the apps on crossover support more recent versions. Also the games run effortlessly on crossover compared to Wine. It is premium application and costs around 20$ per version. You are likely to get 1 version update for free. For example if you purchase version 12 then version 13 would be free upgrade. And from next version onward you have to buy the license again.

Installation process of Crossover is similar to Wine. However you don't find the Crossover in the software center or repository of Linux distros. You have to download the .deb or .tar.gz file to install it. Once downloaded the installation instructions differ based on the type of Linux distro you use. Let's assume you have Ubuntu as your Linux distro and you have downloaded crossover. Here are the instructions to install the .deb file on your Ubuntu.

Here X represents the version you downloaded from Crossover website. If you're unsure about it then just copy the filename up to the .deb extension part. After you run the command the software will be installed into your system. 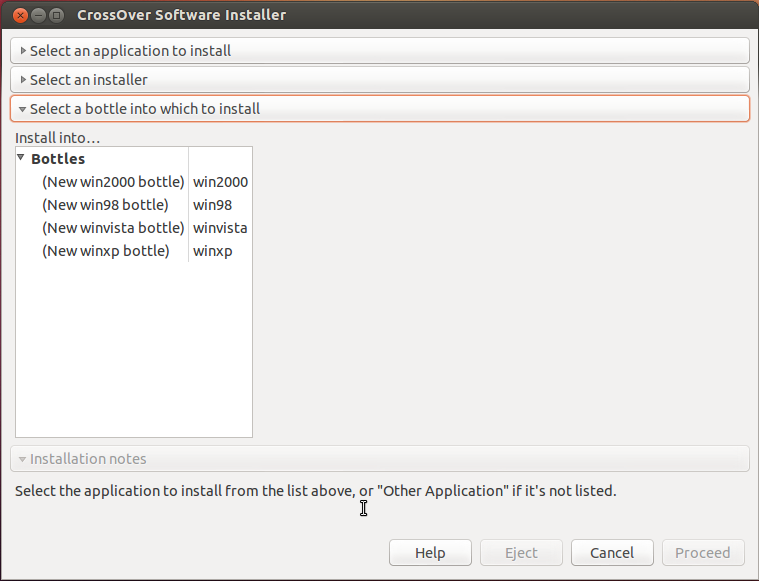 Support for Windows applications on Linux is limited due to technical and platform limitations. However in future .NET framework on Linux would make it easy to play the games and use apps on platform. In the meantime the apps that don't make use of .Net architecture can be executed using the apps explained in the above article.