The year 2015 was the year of technological innovations. It was also the year that saw fierce competition among the smartphone manufacturers. It is not an easy task to pick the top ten best smartphones among the plethora of launches we witnessed this year.
There were many new experiences we went through the year. Finger print sensors made their way into the smartphones. Plastic build gave way to metal construction. Budget smartphone too were not let behind. They featured the kind of specification sheet that was only restricted to high end premium offerings just a couple of years ago. Among all these unforeseen advancements, we will try to pick the best ten among them.

That was most stunning entry of the year! The spectacular Samsung expertise in the display and the construction that had no matches - that made it a device you cannot take your eyes off from. The curved edges added to the excellent manufacturing standards. It has everything that a topper of the year needs.

The Samsung Galaxy S6 Edge has a 5.1 inch screen at a qHD display. The design is huge makeover for Samsung. Years of plastic construction has been replaced by the metal and Glass unibody design. The phone carries a 3 GB RAM that makes it a multitasking monster. Add to it the toned down version of TouchWiz and you get a masterpiece.
You get a 16 MP rear camera and 5 MP front snapper. The cameras are superior, the workmanship speaks a lot about it.
Pros
1. The great looks
2. Best in class performance
3. Impeccable camera

Price
The phone falls under a too expensive category. But if you want to be noticed, this is a perfect choice for you though it is slightly high priced than the equally capable Galaxy S6. The 32 GB version will cost you Rs. 42499 on Flipkart. While the 64 GB variant has been priced at Rs. 48790.

No list of best selling smartphone of the year will be complete without an iPhone. This year's Apple device is awesome - true to its predecessors. But the competition has made it make a few subtle changes. A force sensitive touchscreen has been added. The camera has seen a few under the hood improvements.
The 3D touch interface and the new improved iOS 9 have made iPhone 6S a deserving candidate for the top slot. The new iSlight camera technology has made it a force to contend with. Well, we are aware that an iPhone camera is always the best. You have a 12 MP rear camera coupled with a 5 MP beefed up front snapper. The rear camera is now capable of 4K video recording. 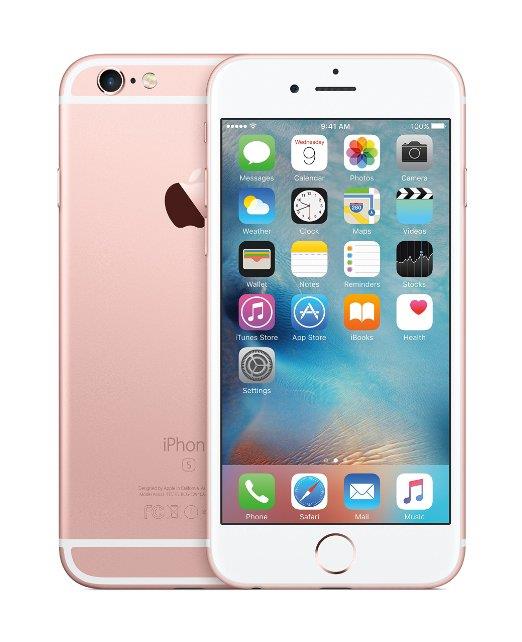 The phone is available in 16,64 and 128 GB memory variants. It has 2 GB RAM which may appera to be on the low level, but with the way Apple software works, it should be a welcome amount of virtual memory.

Price
The pricing should not be deterrent for a die hard Apple fan. An Apple does not come at a cheaper price! The 16 GB variant is priced at Rs. 49900, while the 64 GB variant costs you Rs. 59000.

The year 2015 saw major strides by Chinese manufacturers in India. Lenovo is one such which vies for the top contender position. The Lenovo K3 Note was their master-stroke. 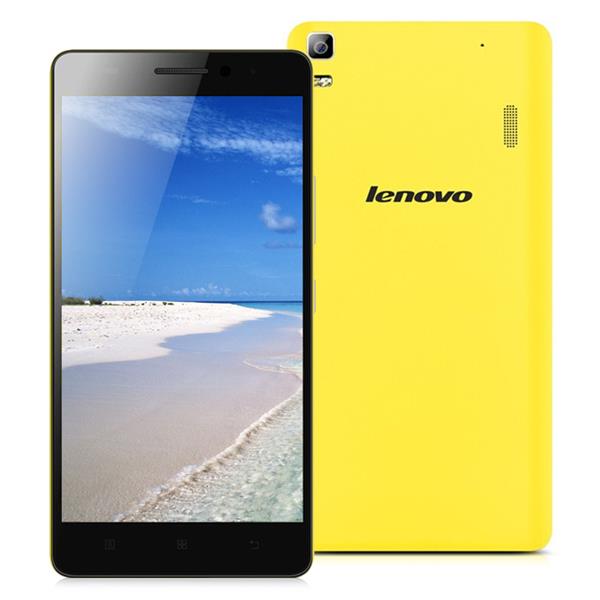 One of the top phones in the sub 10K price band, it boasts of features and performance that beats the rivals, or even the premium devices. Though made from polycarbonate plastic, it has a trendy design. It sports a 5.5 inch full HD IPS display with an amazing pixel density of 401 ppi.
A 13 MP rear camera with 1080p recording capacity has a f/2.0 aperture. This makes your shots come more clear it lets more light into the camera.

Cons
1. Image stabilisation not up to the mark.
2. No screen protection

Price
The phone is available at Rs. 9999 on Flipkart. Though it does not feature any high end specifications compared to the above phones, it could be the one for those who look forward to a few better features than the basic at an affordable price tag.

It was one of the popular smartphones in 2015. Targeted at sub 15K price bracket, the phone has water resistant capacity. The design does not speak much of it, though you can opt for additional back covers to improve the looks. 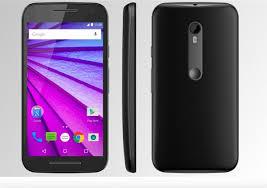 With a 5 inch HD display, it provides you just a HD display. One of the earliest phones to adopt 64 bit compatible processors, the Moto G (3rd Gen) features a 2 GB onboard RAM. The pure stock Android experience is the best selling point for the real Android fans.

The flagship killer of 2016 - that is what One Plus loves to call it. The confidence, however, has come down since then. But, it was the phone that brought a lot of new concepts with it. Great pricing and an impressive spec sheet are what have been the strenght for One Plus since beginning. 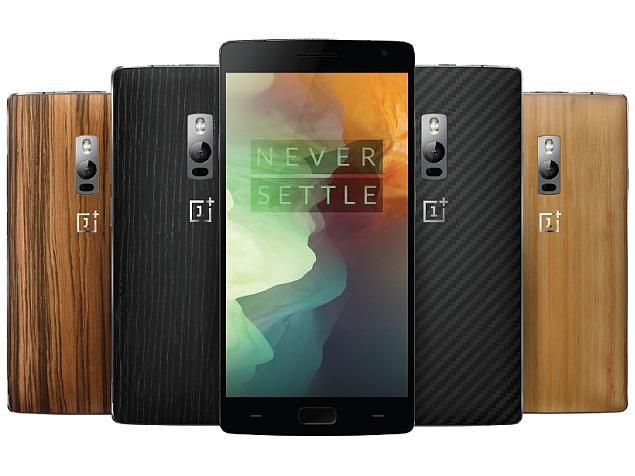 The One Plus Two comes with a 5.5 inch full HD resolution screen. You get 3 GB RAM with a 16 GB memory variant, while the 64 GB variant will carry a 4 GB RAM. Lookwise, it will a full metal construction. You have the options to opt for additional back covers at extra price.

Price
The One Plus Two 64 GB variant has been priced at Rs. 24999 on Amazon. The infamous invite system has been done away with which should be a relief for prospective buyers.

Samsung seems to have fallen in love with its Galaxy S6 range. The Galaxy Note 5 resembles Galaxy S6 in almost all respects. Equipped with a 5.7 inch super AMOLED screen with an impressive 518 ppi pixel density, you get a full HD display, it is powered by in house Exynos processor. You get 3 GB of RAM on the device. 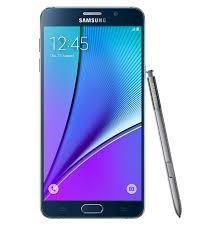 It Is available in two variants of 32 and 64 GB with no option for expanding the memory.
Cameras continue to be the similar to those found on S6. Compared to Note 4, however, the sensor has an improvement. Finger print scanner has been included in the Home button.
The phone runs on Android Lollipop customised with TouchWiz interface. The infamous Touch wiz has now been toned down considerably. Battery capacity has been reduced from 3200 mAh on Note 4 to just 3000 mAh.

1. Battery capacity reduced compared to Note 4.
2. No expandable storage
3. No unique features, looks like a clone of Galaxy S6.

Price
The Galaxy Note 5 is priced at Rs. 47900 across different online stores.

Undoubtedly the best Nexus device so far! The first Google phone manufactured by a Chinese firm is a clear indication of the importance and workmanship of Chinese manufacturers. The all metal uni body construction is representative of the changing times. It is one of the first smartphones to run the latest Android Marshmallow iteration. The pure Android experience will be the major selling point of the device. 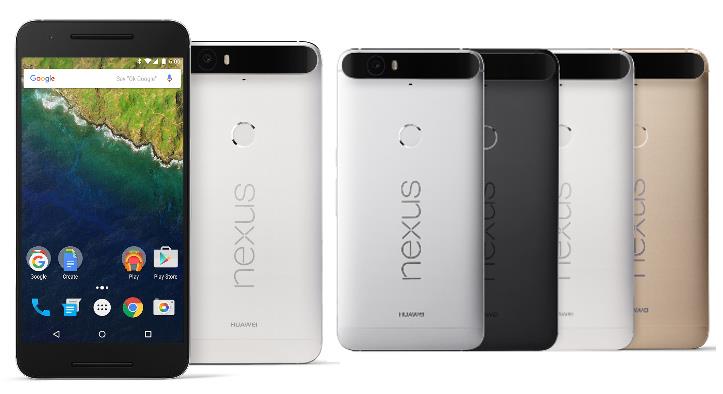 The Huawei Google Nexus 6P sports a 5.7 inch AMOLED display, making it the first large screen Nexus device. You have a 12 MP rear camera and a 5 MP front snapper. The camera features Laser Auto focus which is the "in thing" of late. There is an improved camera app. Powered by an octacore Snapdragon 810 processor, the Nexus 6P has 3 GB on board RAM. Going by the specifications, it is a performance monster. You get two memory variants of 32 and 64 GB.

That's the most premium device out there- what with the leather rear.
It boasts of a stunning better than the full HD display. The phone has earned the distinction of being the best in display brightness. 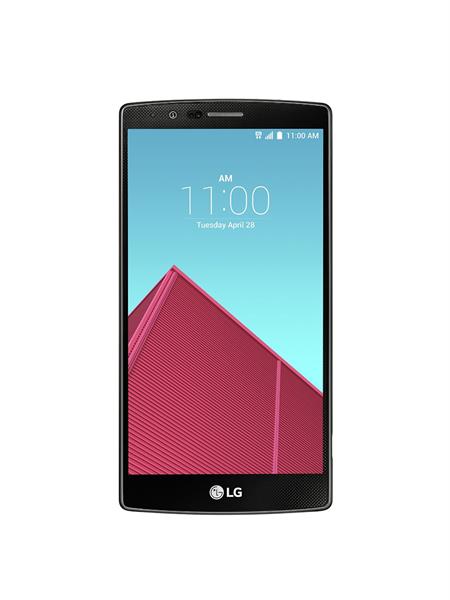 The LG G4 is powered by Snapdragon 808 octavo re processor and offers you a smoother performance. One of the pioneers in featuring the 3 GB RAM, it Is the first among others to introduce Laser auto focus. The 16 MP rear camera is one of the best with the features like image stabilisation and perfect focus. The LG G4 comes with 32 GB of internal storage, expandable by another 128 GB.

Motorola has always preferred the X branding ever since it has tasted success with its Moto X. Bless with a robust build quality, the phone has paid more attention to the looks. It does come with water repellent coating that keeps the phone safer in the moisture. 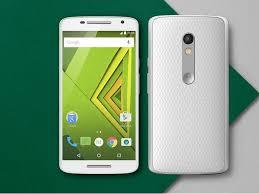 The Moto X Play sports a 5.5 inch full HD display at 400 ppi pixel density. The phone pays more attention to the looks. Powered by Snapdragon 615 octacore processor, the device offers you a 2 GB RAM. You get two memory options of 16 and 32 GB which can be expanded to another 128 GB.
Camera is the major USP of Moto X Play. It has a massive 21 MP rear camera. Equipped with Color Correlated Flash, the camera performance bests all the competing devices in its price range.

Price
The Moto X Play carries a price tag of Rs. 18999. You may also get special offers across major online retailers.

After series of launches in the budget price band, Xiaomi has taken the leap to the high end devices with the Mi4. The design language has many things in common with Apple and Samsung smartphones. So much so that there is no microSD card slot. The phone has a 5 inch IPS display with full HD resolution. 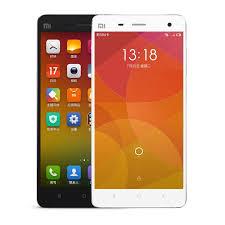 The phone is powered by a Snapdragon 801 processor at a clock speed of 2.5 GHz. You have access to a 3 GB on board RAM that must be enough for effective multitasking. Just 16 GB of internal storage with no expandable memory is quite illogical. There are words about a 64 GB variant, but nothing is known about it.
The battery capacity is quite good at 3080 mAh. With 13 MP rear and 8 MP front camera the phone matches the industry standards. One of the interesting features is the Mi Remote app which lets you control TV and Set top boxes. However, Indian set top boxes are not supported as yet.

Price
The smartphone has been priced at Rs. 19999

Even after listing out those magnificent devices, the lost still seems incomplete. There are so many devices that proved themselves to be worthy of consideration. Right from budget range to mid level to more premium - each segment has had a huge number of contenders vying for the top position. If the readers find any device that is capable to be in the list, they are welcome to come up with the ideas through their comments below.