Deleting the file doesn't remove its existence from the disk. It can be recovered as long as the space isn't overwritten by another file. For this reason it is important to use file shredding app. Such apps ensure your data is removed and is unusable even if it gets recovered. Let's take a look at some of the File Shredder apps for Windows. Most of the apps explained below are freeware with some allowing upgrade to premium version. 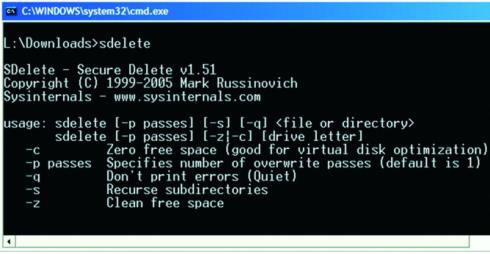 This is official freeware utility from Microsoft Technet, created by Mark Russinovich. The app is command line based and it expects you to know a bit of command line operations. So if you are not comfortable with the command line then maybe you should instead use GUI based app. It takes various command line options and securely deletes the file and folders. Do note that the files and folders deleted by this utility can't be recovered later. It makes use of DOD 5220.22-M pattern while deleting the files from the hard disk. As it uses the defragmentation API to clean the files from the disk, you don't have to use defragmentation app after cleaning the files from disk. Though this app is very effective and can take care of the most of the file deletion options. It is better to use the GUI based app if you're not comfortable with the command prompt. As Windows 10 is installed on NTFS disk format, so it can help you get control over the secure deletion of files. I'd say this app is perfect for the advanced users who are comfortable at using PowerShell or Command Prompt. 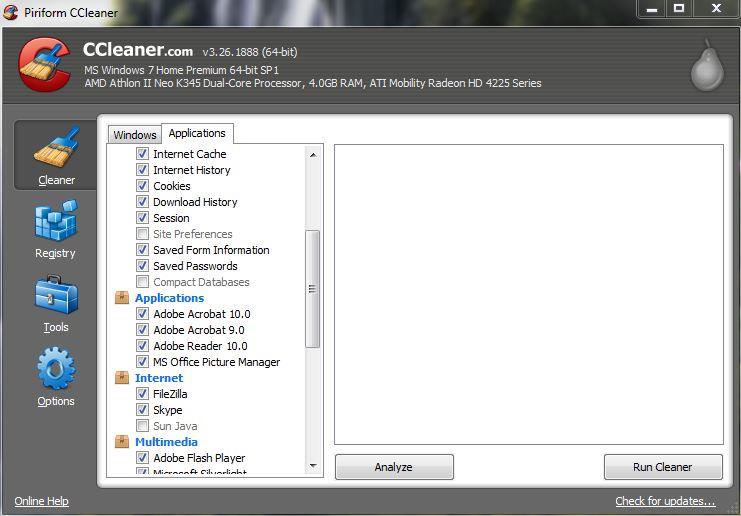 CCleaner has file shredder which is often ignored by regular users. This feature is very effective at removing the files completely from the disk. However this feature comes at one bad downside. It replaces the deleted data with one giant file. This file often is larger than the deleted files. This makes you wonder, did you just deleted earlier data and overwritten it with new file. So such type of file deletion poses problem for those who are low on disk space. However this is handy feature considering it removes the traces of the earlier file completely. And that file can't be recovered by any other tool later. This feature has few more options if you are premium user of CCleaner app. I'd say use this app only if you are in need of file deletion. This app will do the job for instant file shredding and even be used for the drive shredding. In case of drive shredding, formatting it after the shredding can be really useful. It is free of cost app from Piriform and worth checking out. 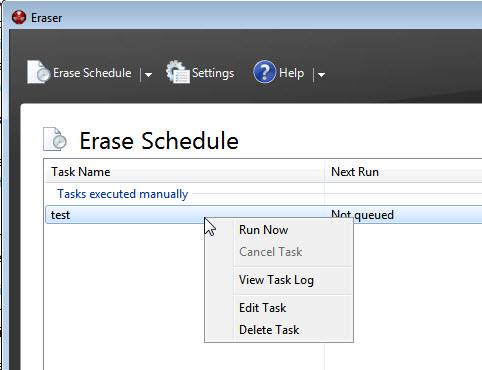 This app allows you to remove the files and folders from the disk using shred and overwrite method. You can use this app on almost every partition type like NTFS, FAT, FAT32 or even HFS. It takes the file and breaks it into chunks and then empties the space on specific location. This makes the recovery of the file harder. During this process, the computer becomes slow. And after finishing the task, you should definitely reboot in order to flush the RAM. If you try to find the data using file recovery app then it may not even show you the file names lost in the drive. So the software is pretty much effective in removing the data from your drive. You can also delete the task list file once the operation is completed as that task list file contains the entries for the recovered data. I think if you want any good app for deleting the files from your hard drive without getting any more technical to understand the process, then this is the app you should use. 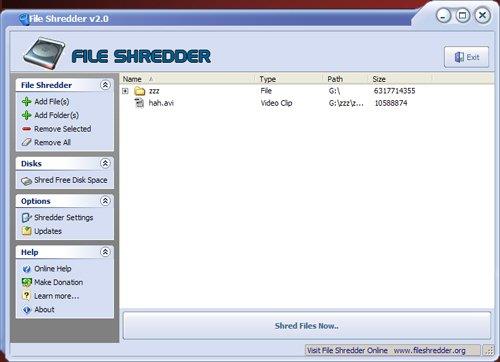 This app works similar to SDelete and it also makes use of DOD 5220-22.M 3 pass erase pattern. So the deletion is quick and reliable. The file removal is a bit slow and also it writes the alternate file on the free space. This type of the file deletion makes a lot of leftover files on your disk. This means you have to delete those files later as well. The leftovers are just random piece of data left on the disk. It allows you context menu option that you can use on any file of your choice. It also gets included in the shell menu option as well. The app however has few issues such as there is no file shredding scheduler. It also doesn't have much help listed in the app or on their website. It doesn't take much system resource while deleting and is fairly easy to use and remove your files from the hard disk.

This app is available as portable app or you can also use installer. It accepts input as a file or folder and you can then get it removed from the desktop. You can also have the app to accept different keyboard combinations and shell menu options. It can be used to remove the sensitive data from the hard disk. It doesn't overwrites the disk with leftovers. Though it takes a lot of time to delete but it only adds minimal file size to the existing disk. You can use it from the flashdrive as well but this operation will slow down the computer. It may also reduce performance of flash drive. As it is making more write requests on target file or folder on the drive, eventually reduces lifespan of drive.

File shredding is complicated and in many scenarios it is harder to delete the files without leftovers. Also many file shredders end up creating more disk space while deletion. That is one reason you should only use such apps only for deleting the sensitive information.

Windows 10 personalization settings allow you to change the background from the set of different wallpapers. However this feature is very limited in terms of feed sources. In order to get more control over background switching you need external apps. There are many freeware and premium apps to use for this task. In this article, we are going to review some of the freeware wallpaper changer apps for Windows 10.

CCleaner appears to be the best one among the lot. I use it regularly on my office PC. In fact, I do make it a point to use Revo Uninstaller to uninstall any application I no longer wish to keep and then clean up the debris with the CCleaner. It has been my favourite because of the light nature of the application and the clean interface.