Android being a dominant mobile platform has started to attract security threats over a period of time. As the platform becomes more commercialized, it'll attract even more custom malware and risky issues. There are many apps available that can solve this security issue. Let's take a look at some of the security apps designed for Android. 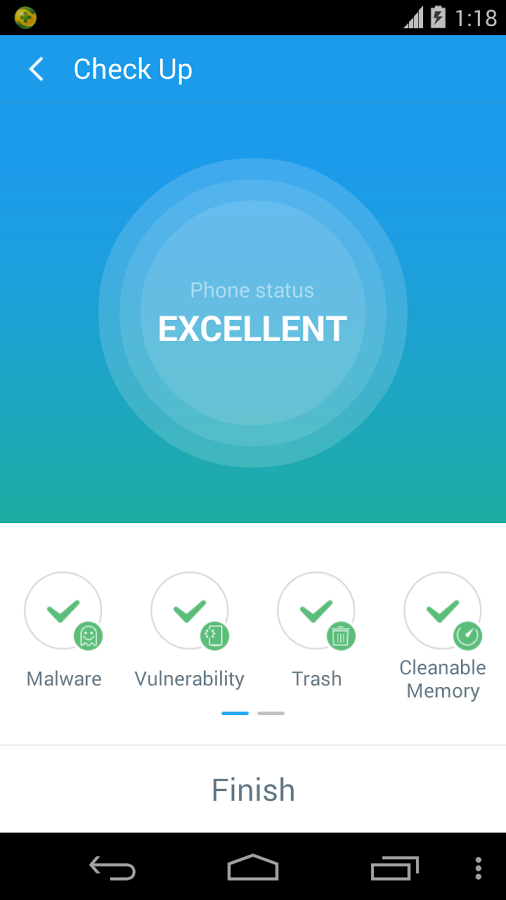 This app runs on minimal RAM resources and you can easily run that on low RAM smartphone. This app not only cleans the virus but also patches the malware and other security leaks. You may find that you don't have to run this application in the background. You can run this app in the screen on demand and it still fixes security issues. It also warns you before running the file formats that are insecure. You can run the files through scanner before using them. The patches installed by the system are however locked to the app. So if the app is un-installed you lose the patches which cover the security issues. This sort of patching method is often used by antivirus companies like Symantec. And for this reason you should avoid such apps if you can't afford buying the antivirus.

The app however has a good user interface and you can navigate through the options very easily. Do note that you need decent RAM available all the time in order to use this app. You need to make room for about 10 MB RAM in order to let the program run in the background. At the end, app is free of cost to use and protect yourself from the viruses and other security issues. If you are not sure of using any other package then this is the package that you need. 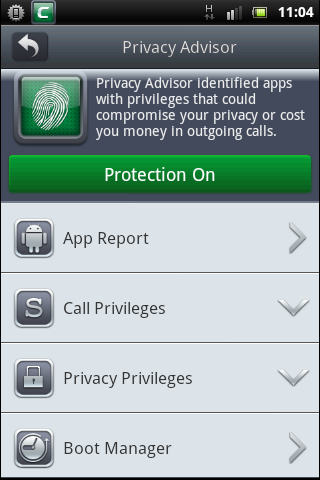 Comodo is known for their desktop antivirus software on PC and Mac. They are also offering the mobile security app at free of cost. This app is very easy to use and relative easy to maintain. It takes control of the smartphone features once installed and auto-updates itself in the background. It regularly downloads the updates so if you're on limited data plan then do turn off some features. It also adds one tray icon in the notification region. This you can disable if you find it annoying. This won't harm your computer in any way. You can also disable the antivirus when you don't feel like using it. When you open the app for the first time you will find the app letting you access features such as - Antivirus, Traffic Monitoring and Privacy monitoring and Theft protection.

Antivius scanning feature is one touch and you just have to click on it. It takes some time to scan all the files and the folders. After scan it will let you know if there is any infection that exists in between files and installed apps. The app however requires some amount of RAM to be used all the time. So if you are playing the games or using graphic heavy app then make sure to disable antivirus in between the usage. You need around 15 MB of the RAM to be used in the background. That being said, app is good enough for protection against malware and viruses. 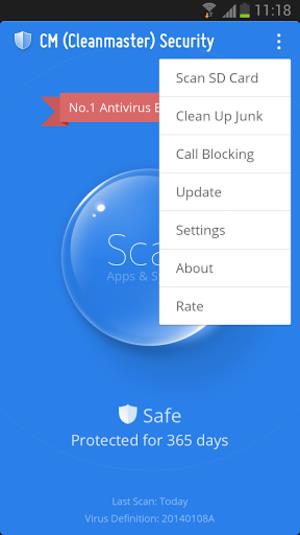 This app has simple interface and is relatively easy to use. The app can scan your internal drive and the SD card in a few minutes. It can keep track of incoming files and scan before they are stored on the drive. You can also schedule the scan which is an effective feature. The app also lets you clean the device for the temporary files and the orphan files left by the apps after un-installation. You can also use the cleaner for removing the temporary data downloaded using the browser cache and similar other uninstalled apps. Another useful feature of the app is the user call blocking. You may find this feature useful because by default Android doesn't have the call blocking feature built into it. The new version of Android only lets you screen the phone number. So this blocking feature is very effective for those who want to avoid the calls from some specific people.

Anti-malware engine of the software is not perfect but gets the job done. While running anti-malware you may find the phone getting a bit slower. However restarting the device, you can easily get the used RAM back. This app is good for those who are doing the data transfer on regular basis. In such case you should definitely consider using this app. 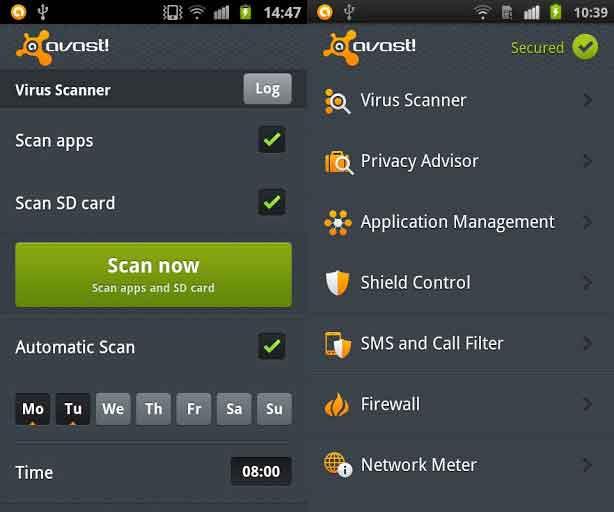 I don't usually prefer the resource heavy apps from popular antivirus brands. However, Avast is a really good antivirus worth checking out. You can easily navigate the user interface of the app. This app also allows you to schedule the cleaning and the scanning of the phone. The app however doesn't have the call routing feature during theft scenario. It however does have feature for the SMS and call logging. It also have the anti theft feature built into the phone. Based on the test, App doesn't have an effective malware scanners.

Most of the features for app are not that good enough compared to other antivirus apps. However Avast has vast library of known security issues. So this comes in handy when you wish to patch the security issues on android. Also the app takes relatively less RAM for most usage, which is a good feature for security app these days. The app takes around 4MB during the idle usage but takes more RAM during the scan and the cleaning process. Avast app is updating itself and improving on lot of features. So you should definitely keep an eye on this app if you wish to use decent antivirus app in future.

There are many antivirus apps out there and it's really hard to choose in between them. The apps listed above are some of the best from the options available for the Android phone. If you can't decide which one is the right among them, simply go with the popular app and then change if required in the future.

Is Avast Mobile Security a good antivirus app for Android

360 security is indeed a great anti virus solution you can install on your Android. What attracts me more to it is its multi-functional nature. It is a memory booster and a cleanup utility in addition to being an anti virus app. In fact, it can be treated as an all in one app. It also features an app manager which can be used to check your app usage. You also get a Find My Mobile which is tied to your Google account. I personally like, and use 360 security. However, other apps mentioned by you are equally useful and are some of the best in their class.

You will need to analyse the RAM that remains free on a regular basis on your device. If you have insufficient RAM, using apps that need higher amount of resources are likely to crash often. I would recommend the users to check RAM before deciding on an anti virus solution.

When I bought my mobile it came with a free 1-year usage of Quick heal. Personally at that time I would not have gone for Quick Heal but was forced to use because of the premium version available for 1 year but I must say it is also a better antivirus App with features like safety - when you long press lock button, it will send SMS to your saved numbers, that helps me when I am in trouble. One click erase is also available and similar options are available in Avast, so now am using it.

Most of the antivirus apps these days have lot of useful features. Emergency SMS is one of them. I got Xiaomi's built in Antivirus tool pre-installed for Note 2. There doesn't seem to be any name for the app though. I guess they have CM security white-labled for their use.