Motorola has launched the new Moto 360 (92nd Edition) recently. Trying to push the idea of smartwatches, the Moto 360 has many things in common with its predecessor. There are, however, some improvements over the previous model. We will make an attempt to analyse the device in a little detail. 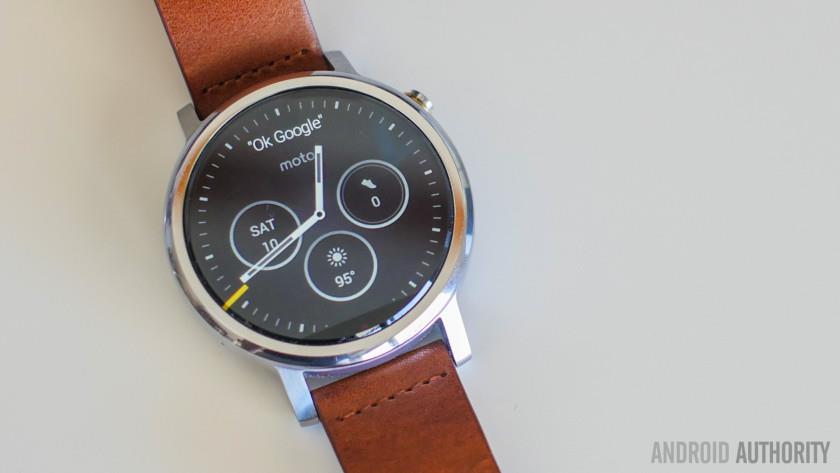 The design language remains to be round as has been the case with the previous model. Though one may not agree, the round shape goes a long way in making it truly watch like.
The watch is available in different sizes to suit your wrist size. There are nubs on top and bottom. These are additional design elements compared to the original version.
The smartwatch from Motorola is quite bulky compared to the competing models. It is 11 mm in thickness, but it is understandable given the components inside. The round screen was first introduced by Motorola with its Moto 360 a year ago, but the presence of a bar at the bottom that acts as a ambient light sensor was criticised a lot. The bar, or the Flat Tire as it was called is making its appearance here again. Motorola says that it is an essential part and cannot be done away with.
The new Moto 360 sports a 1.37 inch IPS LCD display. There is a large screen version as well with 1.56 inch screen size. The resolution reads 360 x 330, thereby giving a pixel density of 263 ppi. The larger version has, however, a lesser pixel density of 233 ppi. The display has a Gorilla Glass 3 protection provided. The display has excellent sunlight legibility. You can read the watch even under bright sunlight. The ambient light sensor performs quite well.
The watch has IP 67 water resistance. But the water resistance works only for the watch. You need to be careful while using it in areas where it might be exposed to moisture as the strap can get damaged. 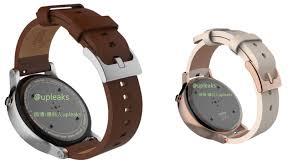 The smartwatch is powered by Qualcomm Snapdragon 400 quadcore processor. The clock speed reads 1.2 GHz. The Texas processor used in the previous variant of Moto 360 had been the cause for a lot of performance issues. Replacing it with a more trusted and capable Snapdragon SoC is a welcome improvement over the predecessor. In fact, the Snapdragon 400 processor is widely used in most of the present generation Android watches.
The 2nd gen Moto 360 comes with 512 MB RAM. In fact, the processor and RAM are much in tune with what has been a standard package for Android wear, the device gives you an optimum performance. It does come with 4 GB internal storage and has support for Bluetooth version 4.0 as well as WiFi.
The performance is quite smoother. However, some users have reported issues with recognition of 'OK Google" inputs. This has more to do with the issues with the microphone.
Then there is the heart rate monitor which works quite satisfactorily.

Moto 360 (2nd Gen) runs on Android Lollipop 5.1 out of the box. It has many new features. It can identify your wrist flicks to navigate between different functions of the watch.
There is a cinema mode that prevents the screen from switching on without your having activated it. The Companion app provides information on battery stats and storage status.
You have an option to set varied watch faces. You can even have your favourite picture as the background using the custom Watch Face Designer. The smart watch also features a Moto Body app that helps you count your steps while working out.

The smartwatch comes with a 300 mAh battery capacity. It does feature quick charging. You can charge your battery from zero to 100 in just under two hours. It provides you a full day backup with the Ambient lighjt sensor turned on. It should be able to last longer with it switched off.
The device uses Inductive Charging to charge it. Just place the watch on the charging cradle and it begins to charge. No need to have it placed in a specific orientation.

The original Moto 360 was a big hit and was instrumental in making the Android wear taste little success. But it had its own shortcomings. Those have been addressed quite well in the second edition. Though, still it is not without the hiccups and a few issues - it can be a good buy right now.