Android ecosystem has been a constant target for virus and malware attacks. A recent Forbes survey has indicated that 97% malware targets Android, while only 1% targets iOS. In such a scenario, it is quite important to have an app that keeps your device safe. 360 Security is such an app that is packed with multitude of features apart from the anti virus feature. Here is an in depth analysis into the a complete, yet free anti virus solution for your device. 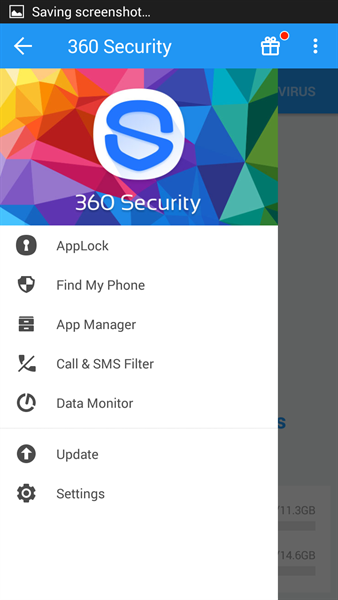 Well, 360 Security is an anti virus solution for your Android smartphone. But it excels in being a multi faceted app. Apart from being an anti virus application, it also has other features like a memory booster, a junk file remover and an app manager.

The app is very well designed and not intrusive in spite of being an ad supported application. Having a multitude of functionality is the unique point with 360 security. And it does what it promises to and does it well.

For the uninitiated, it is an anti virus application. The app can scan your device in real time, thereby providing you a round the clock protection. The database can be updated over the cloud whenever you want. It lets you scan your system for existing issues as well with the scanner. It can detect adware, malware and trojans alike.

The interface is quite impressive. As soon as you launch the app, you get to see three tabs reading Boost, Clean and Antivirus. There are slide out menu bars. These menu bars work similar to what Google does with its apps. So thoughtful on the part of the developers! Because that gives you an edge as you are getting what you are used to. Which means you do not need a learning curve for being comfortable with the app.

Each tab on opening comes with detailed information on the selected menu. The interface is both minimalistic at the same time being more informative.

Let us see how each of these tabs work by analysing those features individually.

This is actually an app killer. Once you open it, it shows up the amount of memory available. It also provides a list of processes that are running in the background. Best part with the memory booster is that you can configure it to suit your needs. Unlike many of those app killers or task killers out there, you can set which apps or processes you would not wish to kill. That's more helpful as you can exempt the apps you frequently use for being killed. This will help in avoiding them from restarting repeatedly which, in fact, may affect your battery life adversely. 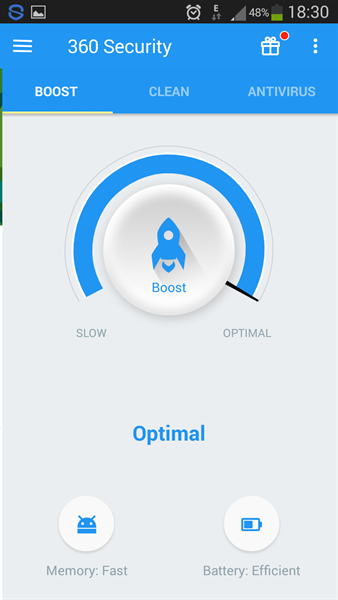 It also keeps track of your battery statistics. However, whenever you boost your memory using the app, it shows up how much battery life has been saved, but the stats appear quite different from what the other similar apps do or what the native battery statistics display. Maybe the developers need to work on this.

Otherwise, the functionality is greatly useful. It shows up which apps are using what percent of your resources. This becomes extremely helpful in determining which apps you want to kill or keep. 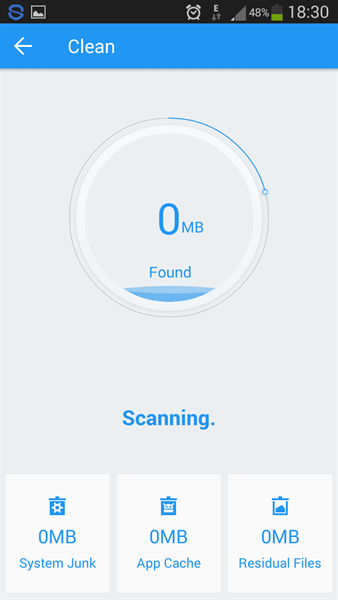 However, if you are a novice in the tech field, be cautious while using the Clean feature. It lists just about everything and asks you to delete it. But, it has good functionality. It can even detect duplicate photos you may be having.
The Clean feature can be used for apps as well. It does identify the apps you seldom use and thus gives you an idea of whether you wish to uninstall them.

This is the solid and intuitive part of the app. And that's what it should be. It takes around 15 minutes or so so to scan your phone the first time you turn it on (it should not be that long in subsequent scan) more so because it has real time protection enabled. It lets you know the status of your device and existence of any malware or virus. 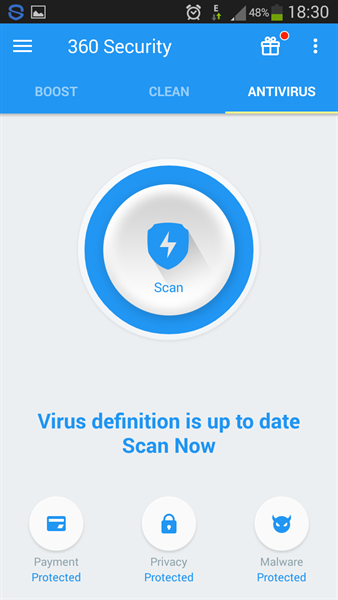 The best part with the app is the amount of information it provides you. If your device has any issues with malware, it will pinpoint the app that has problems and ask you to delete it. Once you run the manual scan for the first time, you do not need to scan it again to check if there is any threat. The app offers real time security and as such it will scan your new installations and file downloads.

Most anti virus programs tend to be heavy on battery. 360 Security does not have any battery drain issues. That clearly shows the high degree of optimisation within the app.

Apart from the basic three functionalities explained above, the app also has a few tweaks and settings. It has the ability to enable root access for additional functionality. There is a data monitor to check your data consumption. 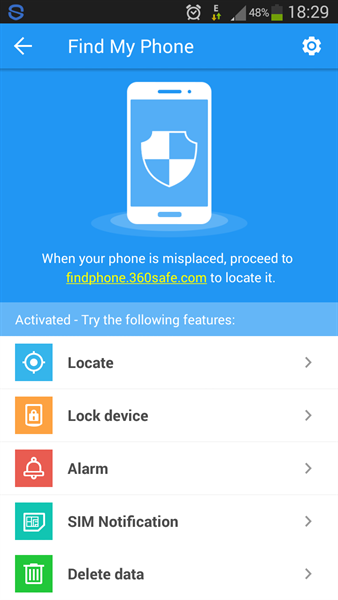 And then, there is the Find My Phone feature. Incidentally, Android already has all those features and there are apps for those. In a sense, 360 Security just duplicates all that Google is already doing. However, it is nice to have the features in a single application.
The additional features like App Lock and the ability to block notifications is thoughtful. The App Lock feature can be used to lock access to certain apps you do not wish to have public access. The feature is completely configurable (like most of the other features on the app) and you can decide which apps to lock.
The option to block notifications lets you select which apps you would not wish to receive notifications from.
There is a SMS and call filter embedded within the app. It blocks the SMS and calls from the numbers you have selected to block.

The amount of information that app displays for each of its functions is quite praiseworthy. Each of the functionality is completely configurable and nothing is forced on you. If you want to use a feature, configure it to your needs and enable it - if you don't need it, just opt out.
Cleanup feature is one of the best in comparison to similar apps available in the market. It lets you clean-up the long forgotten files in just a click.
360 Security adheres to the Google design guidelines and thus is quite nifty to use. Also unlike other apps, it does link the Find My Phone feature to your Google account rather than does it with its own server.

Well, frankly - there aren't many causes to worry. The app emphasises on Boost, Clean and Antivirus features. Other useful features are just tucked away within the app and they are not easily accessible, unless you are one of those who digs deeper into an app. There was indeed a need to make those features prominent as well.
There is no option to remove ads. Most of the ad supported apps offer this option. Hopefully, the developers will note it while updating the app.
The placement of widgets on your homescreen when the app is first installed is quite annoying. With the app having the features in a easy way to access them, I do not really feel the need for the widgets.

The 360 Security is, in fact, an all-rounder app to have on your phone. The app has an easy to use interface. The app has not been observed to suffer any crashes and quite stable on most of the devices. The best part with the app is it features a large number functionalities within a single app. Being an all inclusive app, it sure is worth having on your Android. And it is free - so no issues if you install it once to know it yourself.