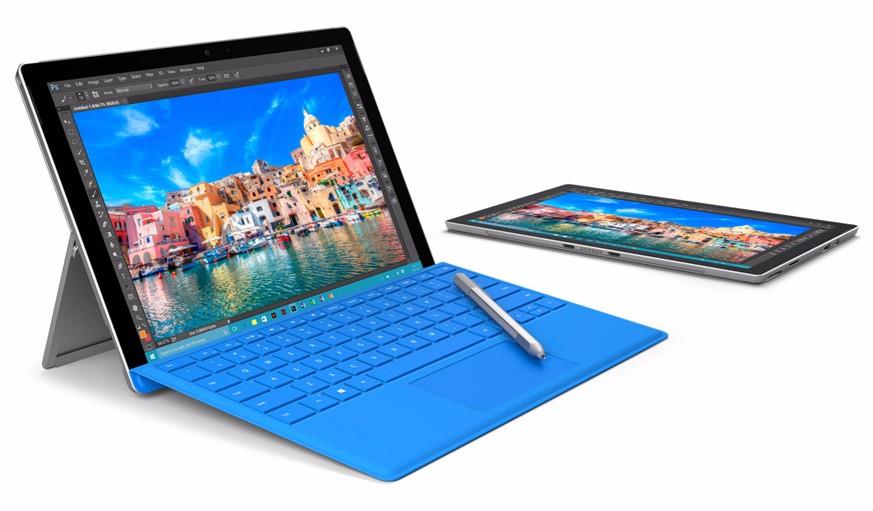 
"Here comes the tablet that can replace your laptop", Microsoft used a similar phrase last year when they launched Surface Pro 3 and they came very close too. This time though they have come up with a real gem which could be a potential category killer for the laptops. The new Microsoft Surface Pro 4. This is the 4th generation tablet/laptop hybrid in its series. Let's see how it compares with the previous one and the other competitors in the market and more importantly can it really wipe out the laptops from the market. 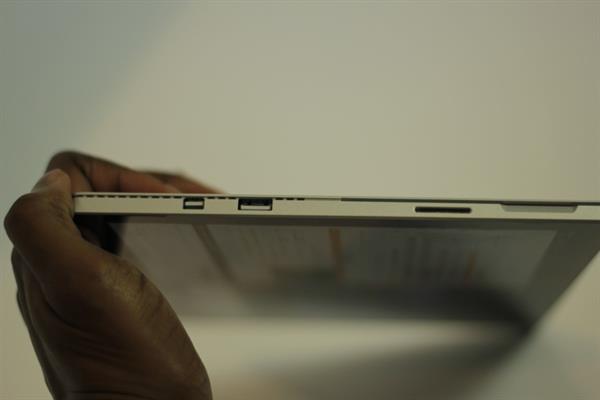 There is no doubt that this is one of the most beautiful tablet/laptop in the market. Compared to the Surface Pro 3 this one is much faster, lighter and thinner. The Surface Pro is 8.4mm thick (0.7mm thinner than its predecessor). It comes with a 12.3 inch display which is larger than the previous one; there is not much difference in the weights though. A significant upgradation has been done on the screen resolution which now comes with 2,736×1,824 resolution for 267 ppi (pixels per inch) which is very dense. Weighing at 786gm you cannot exactly call it a tablet; it is more of a tablet PC as other tablet options like Apple's iPad Air 2 and Sony's Xperia Z tablets weighs almost half of this.

Processor and other Specifications

The Microsoft Surface Pro 4 comes with 6 different variants depending upon the power of the processor. The lower end model comes with Intel core M3 processor and houses 4GB of RAM. The internal storage is 128GB which can be expanded using the SD card. Coming to the camera, the rear camera is 8 mega-pixels and the front camera is 5 mega-pixels. There is no flash though. The Tablet comes with sensors such as Ambient Light Sensor, Accelerometer and Gyroscope. It runs on Windows 10. The battery is one of those features which can make or break a gadget. The Surface Pro 4 lasts for 9 hrs which in my opinion could have been better given that they have done well in other aspects. The speakers are loud and clear. 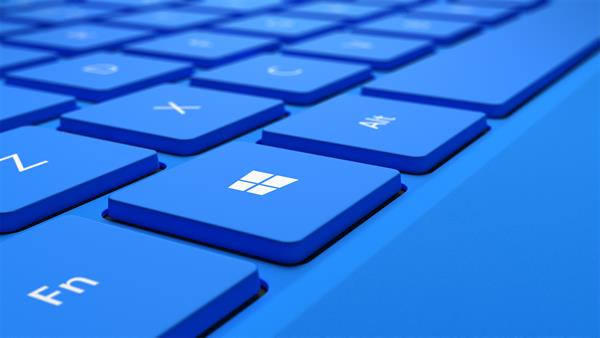 The updated type cover has a wider track pad which has 5 multi touch point. The keyboard connects with the magnetic strip on either sides of the screen. When the keyboard is attached the rear kickstand makes it slanted at an angle between 22 and 150 degrees which makes it easy to operate in the laptop mode. The keys have been completely redesigned making it easy to type. You have to buy the keyboard separately though. 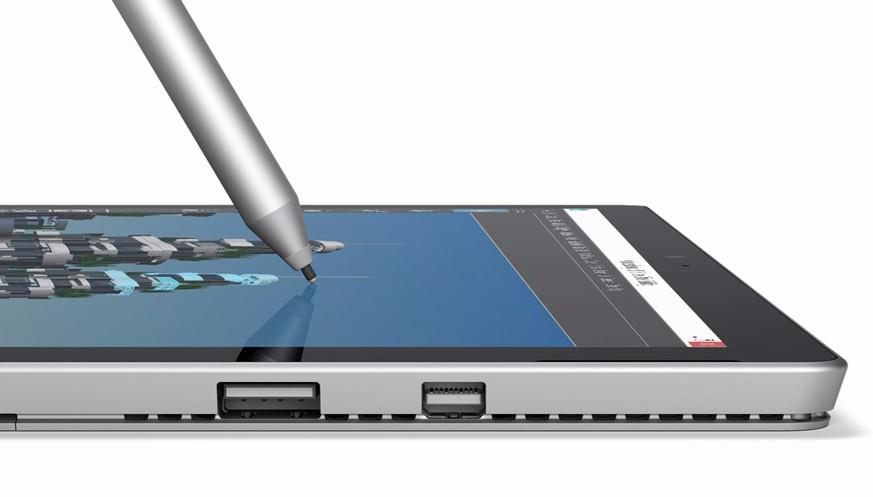 The surface pen is one of the favourite aspects of the surface series. There are couple of changes made in the pen which makes it easier to hold, write and draw on the screen. The pressure sensitive tip of the pen which is interchangeable now is lot more fluidic when it comes to on screen drawing which is very useful especially for the artists. The side buttons have been replaced by a single long button and the levels of pressure on the pen has become 4 folds as compared to the previous pen.

With this Microsoft is targeting the premium customers who don't hesitate in paying more for better features, quality and innovations when it comes to spending. Filled with loads of features and at the starting price of Rs. 90,000 the Microsoft Surface Pro 4 is not inexpensive at all and this could work against it. Apple's upcoming iPad Pro tablet and Google's pixel C tablet will also come with the same design of separable keyboard and it will definitely heat up the competition in this segment.

Microsoft Surface Pro 4 is an excellent tablet/laptop to have. The high price is the only issue and they could have bundled the keyboard along with the tablet. It will definitely affect the laptop market in the coming years and it is interesting to see what will be the effect of other companies such as Apple who are planning to come up with similar designs can make on the Microsoft's share. It is not the result of a single master-stroke from Microsoft but the result of a consistent evolution and improvement. The improvements in terms of Surface Pen, keyboard and display are phenomenal and all are in the right direction. It is an excellent option and one should definitely go for it.