Windows has thousands of screen capture programs to choose from. A lot of them are priced free of cost. However the premium apps provide more control and offer professional features. This makes it harder for us to choose the right app to take screenshot on Windows desktop.

How to Choose Screen Capture app

Make sure your app allows you to do one of the following:

If your work involves taking regular screenshot then you should check out the apps listed below. 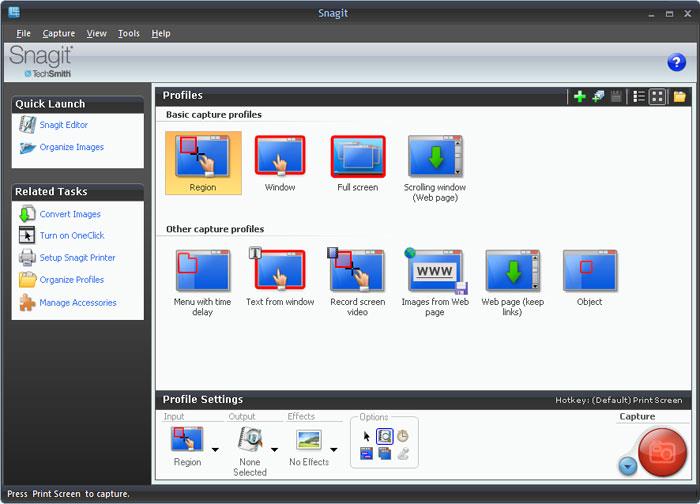 If you want professional tool to capture the desktop screenshot then SnagIT is the app to go for. You don't need any other tool if you decide to use this one. It supports webpage scrolling, region capture, desktop capture and active window capture. However the version 11 seems to be more usable compared to the recent versions that are being released. In terms of ease of use, this app is effective and gives you enough options to work on your image after the capture. It is a paid product and worth for the features that are being offered to you. 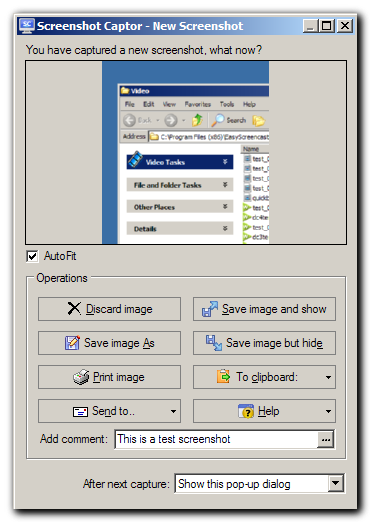 This app is donationware and requires you to sign up on their official forum and obtain the free license key. However, donations to the app are not compulsory. The app functions just like SnagIT and offers similar features like image editing and region capture. You can use this app to capture current active window, entire desktop, custom region and exclude some apps from the screen capture too. The app is good for those who can't afford the TechSmith's snagIT app.

Being a donationware software makes it pretty much freeware except the license key part that requires renewal every year, which is again free of cost, even without any donation.

This app is very small in size and in terms of features. It can capture entire screen and store the image in the location set by you. It can also takes the screenshot of the active window. However it doesn't have any additional features that you get in software like Screenshot Capture or SnagIT. If you don't have any specific needs for the screen capture then this is very small yet handy app to use.

It is another freeware app that has a lot of premium features including the timer option. If you'd like to take screenshot on specific time interval then you should consider using this tool. It also has other capture modes that are found in most other popular screen capture tools. e.g. Window capture, region capture, desktop capture and webpage scroll capture. 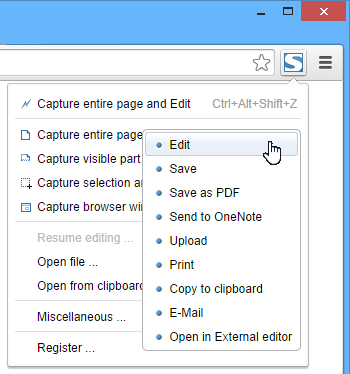 This is an add-on that works on Chrome and Firefox. It allows you to take custom region screenshot and screen scroll image. It doesn't work outside the browser and the sole purpose is to get screenshot of the elements within the browser. It can save the screenshot image in either png, jpg, gif format. Other than image format you can also save the image in PDF format. The premium version also lets you share the image across social media or the file hosting site. 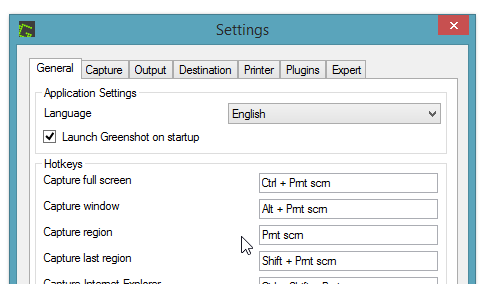 This app is another screen capture tool that sits in your tray and you can call it out with the hotkeys. You can take screenshot of the region, desktop and active windows. It doesn't however support the scrolling webpage window the last time I tested it. However the app is really useful for taking quick screenshot and for hosting it on sites like imgur. It is open source and free to download so you don't have to pay for it.

This tool not only lets you capture the screenshot but also lets you edit them. It has built in image editor that offers a lot of options to enhance your image capture. In terms of UI it doesn't look that impressive however feature wise it gets the job done. It is free of cost so you don't have to pay for the software. 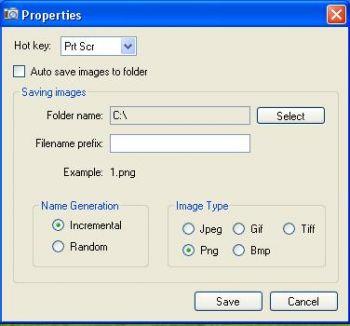 If you want to take screenshot quickly without having to learn the software user interface then you should check out SnapIT. This app is small and allows two hotkeys for the usage. For example you have to use SHIFT and TILD in order to capture the images. It is free app and it can be downloaded from most of the downloader apps sites like Softpedia.

Above list is far from complete when it comes to the list of screen capture apps that are being released for Windows platform. Many screen capture apps support the Windows 10 since it's technical preview days. So there are many apps to choose from even among freeware and premium category. So you are not limited to selecting the premium app. You just have to choose the app that suits your requirement.