BlackBerry has been on the brink of bankruptcy. After banging its head with BlackBerry 10 which could not make any headlines, they have finally decided to go the way the world goes - Android. The BlackBerry Priv is the first Android device from BlackBerry. Does it not appear a bit late that this decision been taken? Will it help BlackBerry regain it's lost glory? Let us analyse the device in a finer detail in the following article. 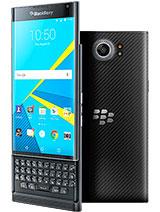 Well, it is a fresh slider phone. It does make one nostalgic finding a slider phone after so long. The sliding mechanism is quite soft and satisfying. You push up the slight ridge between the screen and the speaker - and the famous BB keyboard opens up.
The physical dimensions of the device read 147x77.2X 9.4 mm. So that makes the device not much small, it is not light either at 192 grams. On sliding the keyboard open, the height reaches up to 184 mm!. The design involves curved edges as seen in Samsung Galaxy Edge and Galaxy Edge+. The edges are not deeper as on the Samsung phones though.
There is a metal rim surrounding the screen. The rim is a little raised at top and bottom edges, possibly to protect the screen from getting damaged when kept face down. The metal rim makes the device appear premium. The rear side has a good finish that helps in getting a better grip. The round edges help you in handling the phone comfortably.
In essence, the build is quite premium. The slider design and the curved edges on either side are much nicer looking additions. However, the heavy weight and the quality of plastic act as a let down.

For those BlackBerry fans who swear by its keyboard, you need not miss the keyboard on the new BlackBerry Priv. The popular keyboard is nicely tucked behind the sliding mechanism. The keyboard has the usual unique angled keys we have all come to see on the BBs so far along with its unique usage as a track pad. Holding down a key brings up the quick pop up menu. The pop up menu suggests names of your contacts stored on the phone, or apps. For instance, holding down on M will bring up suggestions like Messaging, Maps or contacts like Mike or Matt.
When inside an app, you may use the track pad to scroll up/down the page or switch between tabs. That also helps you with the handling of your device as you do not need to reach up to the screen where you need to touch and keep your fingers gripped in the keyboard area. For those of us who are used to the touchscreen keyboards, the physical keyboard appears a little outdated. However, you have access to digital keyboard if you wish. Now, this being an Android device you can download third party keyboards from Play Store.

The BlackBerry Priv sports a 5.4 inch qHD display. The dual curves on the display make the device quite handy. The resolution reads 2560x1440 pixels. Comparable to the competing devices like Samsung Galaxy S6 and LG G4, the screen has a pixel density of 540 ppi. The AMOLED screen gives access to vibrant colors and crisp images. The high definition videos appear with deeper blacks and vivid colours.
The curved edges of the display have no practical meaning. BlackBerry could have added a couple of notifications or such useful feature as seen on Galaxy Edge. There is a green power indicator that runs along the curved edge on right side when the screen is off and device is charging. Coming from a firm that is not known for gimmicks, this is indeed a unique beginning.

BlackBerry has always stayed away from using the latest hardware in its phones. We have long been used to see older chipsets on BlackBerry smartphones. But now, things seem to have changed. For the BlackBerry Priv, the Canadian firm has decided to leave no stone unturned to make it a success. The new smartphone is powered by Qualcomm Snapdragon 808 dual core processor. The processor clocks at 1.8 GHz and is 64 bit compatible. It may appear a little lowly in today's quad core and octa core processors, yet it being a 64 bit processor - you can expect better RAM management and increased efficiency of operational abilities. Coupled with it is the whopping 3 GB RAM, which provides you a great deal of multitasking ability.
The apps open and run quite smoothly. The phone works quite smooth even with heavy apps and resource hungry games. However, the lag of a couple of minutes is observed while exiting certain apps or using physical keyboard.
The BlackBerry Priv comes with a 32 GB internal storage. You have memory expansion options whereby you can add another mammoth 1 TB (yes, it's not a typo, you heard it right) of storage using a microSD card(Are microSD cards of that size available?).
The device does perform quite comfortably even with heavy apps. The device does heat up occasionally, but the temperature levels are not so alarming. But, you can notice the heating up.
The device is capable of handling whatever you attempt running on it. Only thing that may draw you back is that the performance is not a match for the competing phones like LG G4 and Samsung Galaxy S6.

The BlackBerry Priv runs on Android 5.1.1. The interface is almost stock Android. You can access the official Google Play Store and associated Google services. However, there are some BlackBerry apps that have always been the essence of BB ecosystem. The cryptographic key has been added at the hardware level to make the OS more secure.
A few of the Android navigation features have been done away with to make room for BB system. The open source Android has been made more secure with the addition of DTEK security app on top of Android.
The BlackBerry Hub brings all your communications together - your BBMs, emails, missed calls and other updates. It serves as a unified inbox . However, you can't set up third party messengers like WhatsApp to feed it's info into the Hub.
One more BB app that comes with Priv is BBM - the popular messaging app on BlackBerry. However, BBM does not make any meaning in today's WhatsApp, SnapChat and such other services. It has been useful only in the business sectors. Then there is the Content Transfer app that helps you out with easy transfer of personal.data between different platforms.
BlackBerry has stated that Android Marshmallow is in works, and will be available in a few weeks.

BlackBerry has paid much attention to the Camera on the Priv. It has a 18 MP rear camera. The camera is equipped with Schneiden-Kreuznach sensor. The camera protrudes on the rear cover and has a dual LED flash. The camera app does not have many advanced settings. The settings have been kept at a bare minimum.
The rear camera is capable of shooting high definition videos at 1080p. You also have options to record 4K videos. The video quality is not much great, but satisfactory enough.
The images shot on the BlackBerry Priv come quite detailed. The camera has good low light capability, but there are certain occasions when you experience a lag between hitting the button and snapping the image. There different modes available for you including HDR and Panorama.
On the front, you have a 2 MP camera. It does take some nice and decent selfies, but do not expect miracles. Considering the fact that BlackBerry has never been able to produce a truly worthy camera on its smartphones, this is a worthy addition indeed.

BlackBerry has squeezed in a 3410 mAh battery inside the Priv that is non-removable. BlackBerry has stated that it is capable of a battery backup of around 22.5 hours on a single charge with a mixed usage. So, in practical circumstances you should easily get a full day performance. Video loop tests have revealed a test results of around 12 hours.

The Price supports Quick Charge - thus letting you get around seven hours of backup in half an hour of charging time.

BlackBerry has launched the new Priv in the US. TNew offering has been priced at $700 which amounts to around Rs. 46000. There is currently no word on the launch in India. However, the pricing would be presumably at par with the US pricing.

Is it worth it?

Well, that's a million dollar question. The AMOLED display at the amazing resolution and an impressive screen size is indeed a biggest plus point. The dual curved edges set it apart in terms of design. The almost pure Android experience with minor changes to accommodate special BB features is again a treat for the Android fans. But, there are some negative points as well. The plastic used in the construction appears little creaky. The phone lags at times - though not always - which may feel.a dampener. The physical keyboard appears quite redundant and outdated.
Whether I would recommend it or not depends on many factors. Considering the firm from where the device comes could be one of them. There are plenty of devices, however, that outwit the BlackBerry Priv. Paying a premium price for a not so premium construction could be a not so good proposition. Well, if you are a BlackBerry fan and would wish to have all that an Android runs - then the Priv is a good buy.