One Plus has read the Indian users' pulse, and that is the reason we have the third device from the firm - the One Plus X. The phone will be a truly "Made in India" phone as it will be manufactured in Hyderabad, India. In terms of specifications, it bears a huge resemblance to One Plus One. Let us check out what the device has on store in the following paragraphs. 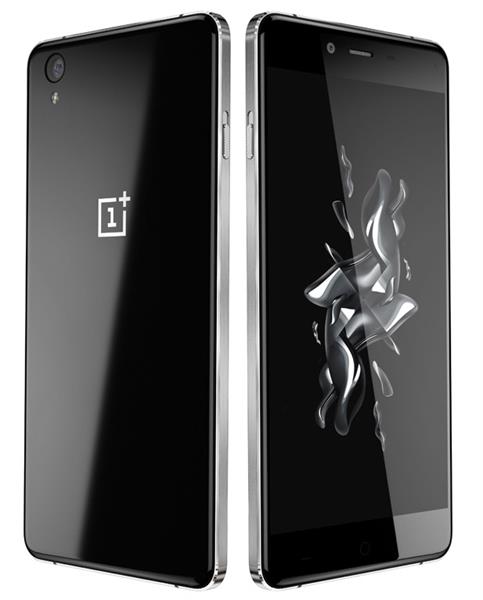 There is a huge departure from what we have come to see on One Plus smartphones. They were found to focus on performance than on the looks before, but the competition has made them think otherwise.
One Plus One was a complete plastic while the Two had a combination of metal and plastic. The One Plus X is now a combination of metal and glass. In an obvious cue drawn from the likes of Samsung, the frame is made of anodised Aluminium. It has around 17 micro cuts around the frame. These fine cuts give a better grip to the phone.
One Plus X will be available in two variants - Onyx and Ceramic. The Onyx version has front and back panels made of glass. The ceramic version has a ceramic back made from Zirconia mold. The Ceramic version will be a limited edition variant with just 10000 units planned.
The physical dimensions read 140x69x6.9 mm, while the weight of the phone is 138 grams. The Ceramic variant, though, will weigh 160 grams. It does come with slimmer side bezels. The navigation keys are completely invisible, they don't even have back light. The power button and volume rockers are on the right side. The buttons have quite good feedback with no unnecessary play. One Plus claimed at the launch event that the physical buttons have been tested 10000 times! Now, that's called confidence!

The left side has the Alert Slider that was introduced on One Plus Two. It lets you set your preferences for notifications based on your requirements.

The device definitely feels sturdy and durable when you handle it.

One Plus X sports a 5 inch screen size in a significant departure from the larger displays observed in the older siblings. For the first time, users will get a taste of AMOLED display on a One Plus device. The full HD display provides you a resolution of 1920x 1080. The display has a 441 ppi pixel density which should be good enough.
The display looks quite vibrant. Color reproduction is quite up to the mark and the viewing angles too seem to be perfect. The outdoor legibility is quite satisfactory under bright sunlight. The AMOLED technology renders the blacks quite deeper and the colors are punchy enough. It does have a Gorilla Glass 3 protection for the display.

The One Plus X is powered by Qualcomm Snapdragon 801 quad core processor. The clock speed is 2.3 GHz. The 801 processor does not impress on paper, yet it is much impressive with its performance in the practical sense. Couple with it is the 3 GB LPDDR3 RAM and you get a smoother multitasking experience with the device. The apps and games do open, close and run quite impressively. Switching between the different games and apps does not make you experience any sort of lag.
The smartphone features a 16 GB internal storage. You can expand the memory by another 128 GB using a microSD card. There is a catch here, though. You need to sacrifice the dual SIM functionality if you want to exercise the option of expandable memory. Reason is the SIM 2 slot doubles up as the microSD card slot. But the addition of the support for expandable memory is quite thoughtful indeed and one must agree it as a welcome change.
On the performance front, One Plus X packs in much power. The performance tests conducted show a good deal of smoothness. Hopefully, the smoothness is maintained over a period of time when you go on adding more files and apps. The user reviews will make things clear once the device is available to users.

The phone runs on Oxygen OS 2.1.2 - a software developed by One Plus themselves after the deal with Cyanogen broke up. The Oxygen OS 2.1.2 is based on Android Lollipop 5.1.1. The interface is almost equivalent to what has been observed on One Plus Two. The UI is almost same as stock Android. It has just a few customisations. It is a relief in the midst of overly done customisations by most of the Chinese manufacturers.

The One Plus X has a 13 MP rear camera with auto focus. The ISOCELL sensor along with f/2.2 aperture ensures better performance. The rear camera can record videos at 1080p. It is quite strange to see the lack of support for 4K videos, especially when the Snapdragon processor is capable of recording 4K videos on competing devices like Xiaomi Mi4i.
The front camera has a 8 MP resolution. You have a fixed focus and a f/2.4 aperture.
The image quality is quite good, if not impressive. The images shot in low light come up with finer details. Quality of the images is pretty good.
The camera performance is good enough. It does launch quite easily. Also, it can shoot images quite quickly. The auto focus goes kaput at times, but it happens only occasionally. The camera app appears more like the Google Camera App. You do not get much control on the settings.

The battery capacity of the One Plus X is 2525 mAh. The battery is non removable. One Plus has not communicated any detail about the battery backup.
The phone has 4G compatibility. Other connectivity options include WiFi, GPS, Bluetooth, FM Radio and microUSB. A good news - it does support USB OTG which is an in-demand feature of late.

One Plus X is available in two variants. The basic Onyx version is priced at Rs. 16999. The more premium Ceramic variant is available as a limited edition offering. One Plus has stated that only 10000 units of the Ceramic version will be on sale and will be priced at Rs. 22999. The Onyx variant will go on sale exclusively on Amazon on November 5. The bad news is that the infamous invite system is still being used for the sale. The ceramic variant will be available from November, 24.

The One Plus X is indeed a good competitor in the mid-range segment. The manufacturer has not compromised on the specifications. It has packed in good design along with a formidable performance. Only issue with One Plus is their after sales service which leaves much to be desired. The invite system makes it much difficult to get a One Plus device in your hands. In terms of performance, however it is a good buy.