Nexus 6P is one of the two smartphones launched with Android Marshmallow version out of the box. With a lot of firsts to its name, Huawei has made sure that it can keep up with what has been entrusted to it. Though it is a bit early, yet I would rate Huawei Nexus 6P is worth a chance considering the quality it has maintained. 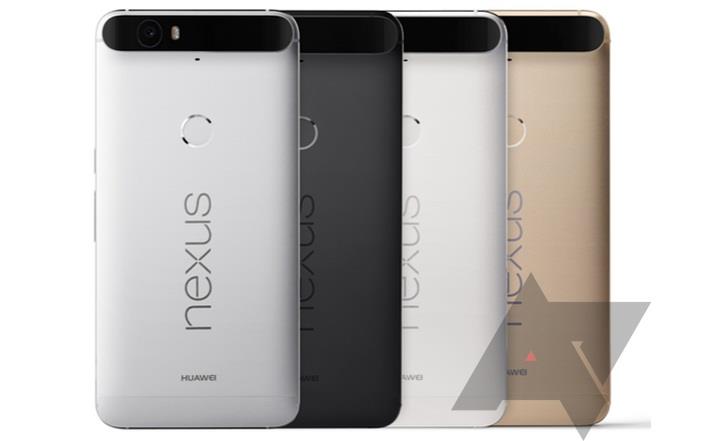 Let us analyze the device based on a few key points. We will make an attempt at dissecting the new Nexus features in finer details.

The Nexus 6P definitely is an improvement over Nexus 6. The Nexus 6 was a bigger  and heavier device. In comparison, the Huawei Nexus 6P is quite comfortable to handle. Google and Huawei have clearly understood and paid heed to customer feedback.

The physical dimensions of phone read 159.3x77.8x7.3 mm. It does tilt the scales at 178 grams. The screen size has been reduced from a beastly 5.9 inches to a comfortable 5.7 inches. It is still bigger compared to most other devices, yet it is manageable.

The device has rounded edges towards the rear end. The all metal unibody design gives a premium look to the phone. That sets it totally aside from the plasticky Nexus 5X. In fact, it is worth to note that this is the first ever Nexus phone to have a all metal construction. And that explains the pricing as well.

Front side has dual speakers apart from theater screen. Rear side has a finger print scanner which Google calls Nexus Imprint. The camera module makes the rear side a little bulged. Did I say "a little"? No, the bulge is quite huge unlike most of the contemporary competitors. It appears a little out of place aesthetically.

The bottom houses the new age USB-C connector. It carries it's own advantages as has been evident to anyone who has experienced the benefits. So here is another first for a Nexus phone - the replacement for the ubiquitous microUSB.

Google has gone on record stating that the material used for the metal chassis is of "aeronautical grade Aluminium". The phone is available in three color variants of Frost, Aluminium and Graphite.

Though the quality of the AMOLED display is not as impressive as the super AMOLED screens found on Samsung devices, yet it gives no reasons to complain. The device has a massive 525 ppi pixel density. The screen is protected by Gorilla Glass 4. Apart from the protection, you also get an oleophobic coating which lets you have a smudge resistant screen.

However, the smudge resistance is not up to what has been promised. The screen does catch some marks and you are forced to wipe it quite often.

Nexus 6P carries the same 12.3 MP camera as on Nexus 5X. It is fitted with a Sony sensor. The rear camera has a f/2.0 aperture which improves the low light photography. The sensor measures 1.55 microns. This results in more light being able to pass through the camera thereby aiding in better images in darker surroundings.

Apart from that, the camera has a laser auto focus technology. It makes your snaps free from blurriness and shakes. There is a downside though. The camera lacks OIS  - Optical Image Stabilisation, which could be a reason for worry for people with shaky hands. However, as said before - the 1.55 micron sensor makes it capable of improved performance and compensates for the lack of OIS.

The camera performs quite great in normal light. The improved camera app brought up by Android Marshmallow update aids in getting better focus and shutter speeds. The images shot on the Huawei Nexus 6P have been quite vibrant. The contrast and color reproduction are very much impressive.

The phone is capable of shooting 4K videos at 30 fps. That's a great piece of info for the movie buffs out there. You can go and shoot your short films and upload them to your favourite sites. The close integration of Google Photos with the camera improves the usability and the experience.

On the front, you get a 8 MP snapper. It has a regular 1.4 microns and f/2.4 aperture. It takes some decent selfies.

The phone is powered by Qualcomm Snapdragon 810 processor. The 2.1 version processor is capable of impressive performance. Graphics are handled by Adreno 430 GPU. Paired with it is the 3 GB RAM. The spec sheet on paper shows the device to be a beast when it comes to the performance. The octacore processor has an impressive clock speed of 2.0 GHz.

The phone is quite super slick with its performance. Opening and closing apps and navigation is handled quite smoothly. The device comes with 32 and 64 GB variants in terms of internal storage. You won't get the memory expansion options though. So, maybe you will be forced to opt for higher memory variant.

The finger print scanner at the rear end - dubbed "Nexus Imprint" - is quite fast. You can use it for a multitude of actions like unlocking the phone, or authorising mobile purchases. You can also use for approving or authorising payments via Android Pay mobile payment service.

The device runs on Android Marshmallow 6.0 for the first time out of the box. As we are already aware, the latest iteration of the Google's top notch operating system - the Android Marshmallow - has improved a lot of things in terms of improvements. The Google Now on Tap is one of such great features. The service has become more context sensitive. Take for instance, you are having a one to one chat on a IM service with a friend about a play - a long press on the home key will bring you the details about the particular play.

Design wise, there is not much of a change between Android Lollipop and Marshmallow. The Material Design approach has been carried forward. Google has paid more attention to the performance in this update.

Best part with Nexus 6P - or should I say, a Huawei phone - is the pure stock Android experience. Huawei has always been worst with its Emotion UI which has made drastic changes to the OS. Being able to have a pure Android paired with the best in class hardware Huawei has always been associated with is a treat indeed!

Apart from the Google Now improvement explained above, another improved feature brought up by the latest update is the Doze. It lets you save battery by restricting background processes whenever the phone is idle. Improved app permissions help attain safety from malware or rogue apps.

The new Nexus 6P is powered by a massive 3450 mAh battery. The battery is non removable. You can be sure of a better backup. It has an estimated talk time of 15.6 hours and the standard standby time is 12.5 hours. The continuous music playback tests have indicated that you get a music play back time of 36 hours. More over, the Doze feature is expected to improve your battery performance still further.
In terms of connectivity, the phone supports Bluetooth version 4.2 which is latest. Apart from Bluetooth, other regular connectivity options like WiFi, GPS and others. You also get NFC support. The NFC feature works seamlessly with Android Pay payment service wherein you can walk in to any retailer and pay for the services or the products by swiping your phone across the NFC terminal.
The USB- C connector provides you a faster transfer speeds. It also supports faster charging of your device. The best part with this connector is it can be used on either side. However, you may have issues searching for a compatible charger while you are travelling, or leave your charger back home and need urgent charge.

The phone is available in three memory variants. The 32 GB version is priced at Rs. 39999. You can opt for a 64 GB variant by paying a hefty Rs. 42999. Google has stated quite reassuringly that the P in Nexus 6P stands for Premium. The device claimed to be the "most premium phone yet", is definitely priced a bit on the higher side. However, we may see a price cut soon as has always been the case with Android flagships.

Well, the smartphone is a real beast in terms of performance. Though a bit expensive bargain, you will not be disappointed with the performance of the device. The Nexus 6P seeks to undo the damages done by Nexus 6 which had gained the distinction of being "worst Nexus ever". And it succeeds in its mission. Not that it is without issues though. The bulging camera is a matter of concern in terms of aesthetics. The device has just been launched. We may need to wait till the users come up with their experience of the new Nexus to get a clear idea. However, on paper the device looks an able beast when it comes to looks, features and performance.