Following Google's announcement recently, LG has been entrusted with the responsibility of manufacturing its third Nexus device after the success of Nexus 4 and 5. Described as a pocket friendly phone in terms of its size, it has been praised for its better processor and camera. We will dismantle the phone in terms of the key features and try to understand how it fares among the slew of devices vying for consumer's attention. 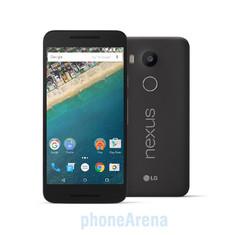 Well, first things first - the device is truly pocket friendly and easy on one handed operation. It has the physical dimensions of 147x 72.6x 7.9 mm and weighs just 136 grams. The screen size is a handy 5.2 inches. It has a total plastic build which could be one of the reasons for it being so light.
The power button and the volume rockers are placed on the right side of the device, while the USB-C sits at the bottom. Incidentally, it is worth noting that Nexus 5X is the first phone to come with this feature. The front of the device is free from any encumbrances as has been a salient feature with most of the devices of late.
You can buy the new Nexus in three color variants of Quartz White, Icy Blue and Charcoal Black. Backside of the device carries the protruding camera along with the LED flash. The finger print scanner on the rear side.

The LG Nexus 5X boasts of a 5.2 inch IPS LCD display. It offers you a full HD resolution at 1920x1080. The existence of a full HD display can appear to be a little backward move with the fact that the newer flagships have been showing off the Quad HD screens. But, considering the high power requirement and practically negligible usefulness of Quad HD over full HD, I would rate it as a good decision to retain the full HD resolution. The pixel density reads 424 ppi which is reasonably good enough. The colors appear quite vivid on the screen. You also get better viewing angles and reasonable level of sunlight legibility. Color reproduction is quite natural. You need to be a real pixel peeping person to identify any issues with the display.

The LG Nexus 5X has a really worthy spec sheet. LG seems to have taken the lead from LG G4 in determining the specification chart for the Nexus 5X. It is powered by Qualcomm Snapdragon 808 hexacore processor. The clock speed of the processor reads an impressive 1.8 GHz. The processor is 64 bit compatible. Adreno 418 GPU can capably handle the graphics needs of the device. The 2GB on board RAM could be a concern for some power users. Though Android Marshmallow is capable of running at a 2 GB RAM, most of the recently launched heavy apps may need more RAM. WeBay were expecting a 3 GB RAM as has been observed on LG G4.
The benefits of having a 64 bit processor are many fold. You can be sure of experiencing an efficient RAM management with your regular multitasking functions. The phone also will have better operational abilities. Moreover, developers are now basing their apps on the more robust 64 bit processors, thus making Nexus 5X more future proof. However, there still is a question mark on account of being truly future proof. The lesser RAM could play spoil sport with modern resource hungry apps and games.
You can opt for the internal memory of a minimum of 16 GB. The device comes in two memory variants of 16 and 32 GB. There is no expandable memory option though.

Google, while announcing the Nexus 5X and 6P, had made it clear that both of them will have the best ever camera around on any Nexus device. The Nexus 5X carries a 12.3 MP rear camera with LED flash. The sensor has 1.55 micron pixel. That is definitely larger than most of the regular smartphone cameras have. It helps allow more light into the camera which can be much helpful in getting better image quality in low light snaps.
The camera has a f/2.0 aperture and a dual LED flash. The Auto focus is laser assisted. In fact, LG was one of the pioneers in bringing up the laser auto focus with its LG G4.
But sadly enough, the camera does not offer you Optical Image Stabilisation. People with shaky hands may need to take care not to spoil their shots. It would be advisable to use a tripod or such convenience.
The camera looks quite impressive on paper. Though the resolution of the rear camera appears a little low in today's 20 MP cameras. It is somewhat equivalent to what we have seen in HTC One M8. The camera is capable of recording 4K videos at 30 fps. There is currently no word on whether slow motion is supported.
The phone has a 5 MP front snapper. It shows a decent performance. In fact, it is a normal camera with 1.4 microns and a f/2.0 aperture. It shoots some really decent selfies.

Google Nexus 5X is the first to the two phones launching with Android Marshmallow 6.0. It comes with the unique features that Marshmallow has brought with it. Google Now on Tap is one of the best features that provides you context sensitive information no matter whatever you are doing on your smartphone. The Doze feature is a unique thought in the direction of a better battery management.
One of the best part of owning a Nexus device is that you will have the pure stock Android experience. No skins - no customisations from the manufacturers.

Nexus 5X is powered by a 2700 mAh battery. We are yet to get any information on the standard talk time and standby time. But given the Doze feature introduced by Android Marshmallow - you should get a good and comfortable backup. The USB-C connector supports faster charging.
In terms of connectivity, the phone supports a nano SIM. It has 4G compatibility. Other connectivity features include WiFi, DLNA and GPS. The device also supports NFC. It in fact is more helpful with the Android Pay service being launched with the software. The phone has the latest Bluetooth hardware which stands at version 4.2.
You have access to the major sensors in the form of accelerometer, gyroscope, barometer, compass and proximity sensor. The finger print scanner is best in its class and works flawlessly.

The 16 GB Nexus 5X is priced at Rs. 30900. The exact pricing will be made available at the time of launch. The 32 GB variant is expected to be priced somewhere at Rs. 35000. It looks a little expensive in the face of competition. I would have settled for a price of around Rs. 25000 which is what One Plus Two is available at.

The phone is best suited one for single handed operation and comfort of carrying it around. The Snapdragon 808 is a stable and better processor though a little slower. The fingerprint scanner - labelled Nexus Imprint is quite efficient. The camera is quite impressive enough.

The 2 GB RAM is a reason to worry about. Not that the phone will lag with that much of RAM, but the phone is not future proof as stated before. Since the device uses USB-C connector, you will end up searching for a USB-C to microUSB adapter. Or buy a new cable. The polycarbonate build can be a reason of discomfort for some who look forward to the premium looks.

The phone is quite promising. I would rate it as a good choice. Pure Android is one of the reasons I am totally in awe of the new Nexus. The improved camera is an added advantage. There are reasons to get disappointment as well. Lack of expandable memory is one of them. The maximum storage you can manage is just 32 GB which way too low by today's standards and the usage preferences. Another point that may make you turn away is the pricing. The device does not justify the high price for the 16 GB model. But, there are reasons enough to opt for it. Finally, it is your preference that matters.

As expected, the competition has forced Google and its partners to offer a price cut for the device. Nexus 5X has received a slight price cut on 21st November. The 16 GB variant will now be available at Rs. 24573 down from Rs. 30900. The 32 GB version has also got its price slashed from Rs. 35000 to Rs.31550. However, one must agree that they are still expensive than the competing phones.