Yu Televentures a firm that was set up with a primary aim of competing with the Xiaomi and other low cost Chinese invasion. Now, fourth release in just one year appears to be an indication of an attempt on the part of the manufacturer to capture as much of the sub 10k market as it can. Let us try to understand what does this phone pack in to be a capable rival to the Chinese flagships. 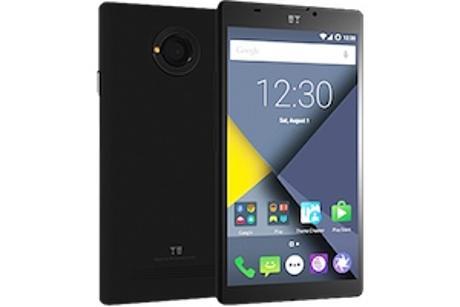 The phone has a compact body with the physical dimensions reading 134.5x67.5x8.3mm. It weighs a fairly heavy 128 grams. The phone offers you a premium appearance, but still the rear cover is all plastic with rubberized matte finish. In other words, Yunique does have all that Yu Yuphoria had. The rounded edges, the metallic ring around camera (Yu calls it "Saturn Ring") - all are identical to what we have seen on Yuphoria.
We continue to have the power button sandwiched between the volume rockers on the right side. Though the phone has a removable back cover, the battery remains non removable. The phone features on screen navigation buttons instead of the physical ones. The positioning of other ports appears really standard. The microUSB sits at the bottom edge, while the audio jack is placed on top edge.

It is one of the compact phones in today's context. With its 4.7 inch display, it must be the only brand to offer that much at the price it has been marketed. The screen has Gorilla Glass 3 protection. The display has a HD resolution if 720x1280. Though the display offers just an HD resolution, yet the smaller screen makes it one of the crisp displays out there. No pixilation is observed - be it in text, images or other icons. The IPS display ensures that the sunlight legibility is up to the mark. Colors appear to be washed out in some instances though.

In spite of being a sub 5000 device, Yunique packs in a powerful Qualcomm Snapdragon 410 quadcore processor. The processor clocks at 1.2 GHz. It seems that the trend of stuffing high end components into the reasonably low cost phones has been the new mantra. 64 bit compatible processor aids in improved operational abilities. Also you get effective email RAM management with efficient processor. The device has 1 GB of RAM which could create a few issues with multitasking. Adreno306 GPU handles the graphics department.

You get 8 GB internal storage of which 4.6 GB will be available to the user. You can expand the memory by another 32 GB using microSD card.

In terms of performance, it does give a tough time to the likes of RedMi 2. In spite of being equipped with just 1 GB of RAM, the phone performs well with multiple Web page browsing, sharing or such other tasks.

The reviews have indicated that the phone does not suffer from any abnormal heating issues.
Heavy and resource hungry games like Asphalt 8 tend to cause performance issues. Regular games like Subway Surfers or Spiderman unlimited do not give any issues. Benchmark tests have been found to provide better results.

Yu Yunique comes with a 8 MP rear camera. The phone does not seem to be capable of good images. There are no proper details that come out. The device has trouble locking into the focus properly. 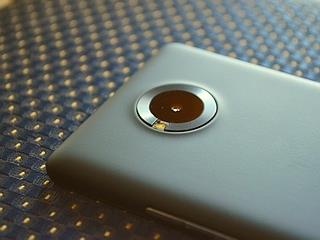 The default camera app is quite good. Though it has not many features, it does work quite satisfactorily. The overall camera performance looks average. But, given the price point of the device, there should not be much of a reason to gripe about.

The 2 MP front camera is good at what it does. It has 83 degree wide angle lens. It does take decent pictures. Video recording too has nothing great to write about.

Yunique runs on Android Lollipop 5.1. This, in fact, is in sharp contrast to what has been found on previous Yu branded smartphones. So, Yunique comes with stock Android instead of Cyanogen OS 12. However, you can install Cyanogen OS if you wish. The software almost looks like stock Android without much of a skin. There are a few little changes in the forum of app icons and wallpapers. There is a default browser named YUniverse. It is actually a customised Opera browser. The gallery application is slightly modified. The camera app has a little differentiation from the stock Android one.

The software does not seem to have any issues. Apart from a few changes mentioned above, rest of the experience remains purely stock Android. Which should be a pleasure.

The phone comes with a 2000 mAh battery. Though you get a removable back cover, you do not have a removable battery. The battery is capable of providing you a backup of around 9 to 10 hours. A moderate usage has been observed to offer you around 14 hours on a single charge. Battery bench mark tests have revealed a 7 hour backup time.

The phone has 4G connectivity. It puts some high end phones like Moto E and Canvas Spark to shame. Yu Yunique has dual SIM compatibility. Other connectivity features include Bluetooth 4.0 and WiFi among others. One of the best features provided on the device despite its low price is the USB OTG functionality.

Yu Yunique is exclusively available on SnapDeal. There is a flash sale every Tuesday for those users who have registered themselves for the sale. Priced at just Rs. 4999, it is one of the cheapest 4G smartphones you can lay your hands on. But, the aggravating flash sale could be a matter of concern for most of us because the device goes out of stock within a couple of hours.

SnapDeal has seemingly made an announcement on twitter that the phone will be made available on October 12 without the need for any registration.

Is it worth the upgrade?

Well, it would be a tricky question to answer. Yunique has a good pricing. It has some aspects in its favour that feel better than the mid range devices. A good styling and the stock Android experience are what should be of great appeal. However, the camera is quite average. If you are ready for a few compromises, I would think it would not be a bad choice.

Well, I would consider Yu Yureka Plus better than Yunique. It has an updated camera. Yunique fails to impress much. It has many similarities with one of the game changers for the budget range, Yu Yureka.