Jolla has released first SailFish OS in the market recently with the launch of their new phone. This phone is unlike any other phone in terms of usage and experience. It takes time to get used to but it's a very unique phone to use and experience. 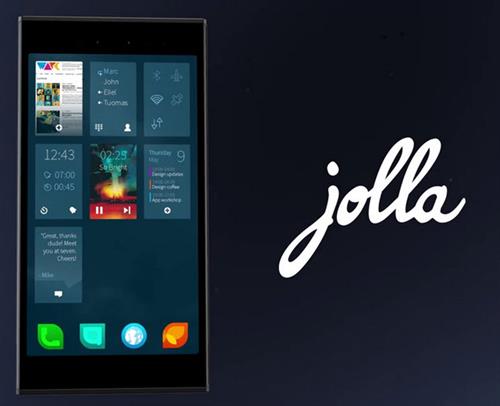 Let's take a look at some of the features of this smartphone.

The phone has Sailfish operating system installed in it. Jolla has improved a lot of user interface of this operating system. When you first start the phone the interface will show you fresh UI. However as you use the phone often you'll find a bunch of quirks along the way. It takes time for you to get around the interface and settings. Built-in keyboard design is a lot different than the Android and iOS keyboard design.

If you have used Android and iOS before, then you may find it harder to navigate through the UI. Sailfish OS has gesture based design and it reflects in its navigation. There are multiple ways of doing certain tasks. Animated effects and transitions are however unique and very attractive. You can also set the transition options as you used in Android or iOS. You are not at all locked to the sailfish way of doing things. For example unlocking is right swipe gesture. You may find that similar to the Windows 8 OS. However some basic settings are harder to access in comparison to other operating systems.

For example lock screen does not show you battery level and signal strength by default. It shows clock and WiFi icon. If you are not within the connected WiFi range, then only clock is displayed on the screen. In order to use the app, the icons of that app needs to be double tapped. Sailfish OS doesn't have a Home button. You have to rely on gestures to get to the default screen. In short those who are new to the Sailfish operating system will find it a bit hard to use.

Jolla allows downloading and installing of apps from multiple marketplaces. It supports Yandex app store, Aptoide apps and other Android app marketplaces. Allowing such apps on the phone does make the phone open towards security threats. However, there are some security checks that does set you in control while using unofficial apps.

Sailfish OS is compatible with Android apps. However you need to download those apps from Aptoide store or other unofficial android marketplaces. Performance of the Android apps on Sailfish isn't upto the mark. For example, games run relatively slower on Sailfish OS than normal Android devices. Apps also are a bit slow in performance while fetching the data on the phone. Based on how some of the apps perform on Jolla, it is better to stick to an Android device if you can't manage without Android specific apps.

Hardware of Jolla is not impressive compared to the phones being offered at the same price level. It has a 4GHz dual-core Snapdragon processor, 1GB RAM and 16GB internal storage. If you compare the phones at this price point, you're likely to get better processor and more RAM. Screen-size of the phone is 4.5' which is low compared to competing phones. Hardware however does not show much issues on the performance side. Native Sailfish apps and settings run quicker.

The phone is priced at Rs. 16500 on the official Snapdeal shop of Jolla. As of now this phone is exclusively sold on Snapdeal, but in future Jolla plans to release the phone on other e-commerce websites as well.