Microsoft Office 2016 is released after a 3 year product cycle of the last major release of Office software. This new version has a lot of features and productivity improvements. If you have Office 365 subscription active then your desktop versions of Office will get an upgrade at no extra cost. 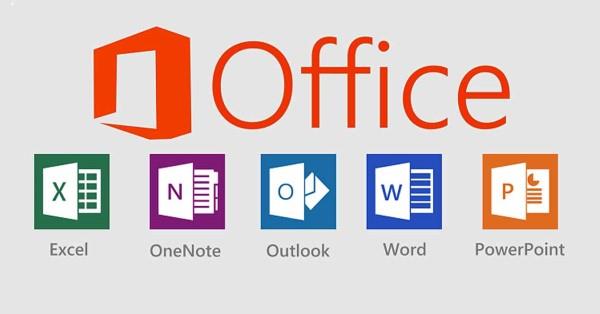 If you don't have Office 365 subscription, then your upgrade will be priced based on the version from which you're upgrading. If it is a fresh install, then a standard cost applies to the product purchase. Other than product purchase you also need a OneDrive account to take benefit of the cloud features of the new office version.

Here are some of the new features of Microsoft Office you should check out.

The most important feature of this release is called as "Co-authoring". Word, Excel and Powerpoint apps are the focus of this feature. This is a shared editing feature that allows multiple contributors to work on a single file. This feature is also device agnostic. So you could use a tablet, mobile or laptop while editing the document. Word also has a feature that shows what other participants are editing real-time inside the document. To share the document with others for editing, you have to use the "Share" button at the top of ribbon bar in the upper right hand corner. It also allows you to save the document in your Onedrive account when you click on the "Save to Cloud" button.

Smart lookup works similar to the Evernote insights. It fetches information from Oxford dictionary, Bing search, Bing image search, Snapshot and Wikipedia to give you more insights. This feature was included in Word and Outlook in the previous version of Office. With Office 2016, this feature is now added in all the products. This feature is handy when you want to add some references for your content. It can also be used to search for formulas and expression inside Excel. This option is named as "Insights" in another tab on the right hand side of the screen. In order to access Insights, you have to select the word and click on right context menu and choose "Smart Lookup".

This feature allows you to convert handwritten equations into text format. You can use tablet or the mouse to draw the shape of those equations. And the math engine inside the app will convert that into a text equation. You can then use the text equation across multiple office apps or even use clipboard for later use.

At the top of the ribbon you'll find a search bar that says - "Tell me what you want to do". This feature is similar to the old Office assistant feature called - 'Clippy'. It helps you find your way around the Office app that you are using. You can access this feature by pressing keys - ALT+Q. Type in the query that you have about the app and hit search. This will bring all the results related to your query.

Office 16 has a new theme with darker shade of gray. You can now switch between the theme options of Light gray, Dark gray or White. Though, there are a number of other themes as well, the darker theme was the most requested by the community and has been added into the package.

Office supports Cortana commands and help you perform some of the basic tasks. You can also make Cortana use Office 16 to store some of the useful information in a file. The integration doesn't support every feature of Office off the bat. It does, however, support Office enough to do some trivial tasks.

There are many other feature improvements in the new version of Microsoft Office. Depending on the type of Office app you are using, you'll come across those improvements. The new changes in Office 16 will no doubt make your experience more productive.