Moto X Play was launched recently along with Moto X Style. Being positioned in the new mid level price bracket, the phone faces competition from the likes of One Plus Two. Motorola appears to have packed in much in the device at a fiercely competitive pricing strategy. We will analyse the device in finer details in the following discussion. 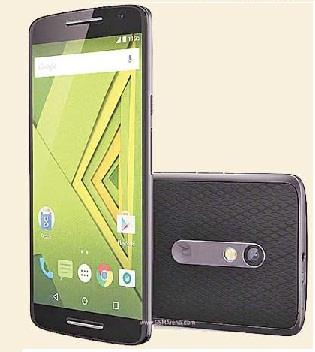 The phone provides a robust and solid build quality. The physical dimensions of the phone read 148x75x10mm. There are a few deviations from the regular design structure we are used to. As for instance, the SIM and microSD card slots have been moved to the top edge. In terms of handling, it is comfortable, more so because of the thinner bezels on the sides. Back cover has a textured finish which helps in good grip.
Right side of the phone has power button and volume rockers. Left side of the phone remains clean. The rear cover is removable, but battery stays embedded. Moto X Play comes with a Water Repellent Coating that provides protection from water related damages. Surprisingly enough, the new device lacks the IPX7 level water resistance as on Moto G 3rd Gen.

Motorola has always been an expert in coming up with some little design changes each passing year. There are some subtle changes in Moto X Play too. The rubberised texture on the back is one of them.

The Moto X Play sports a 5.5 inch full HD display. The resolution of the device is 1920x1080. The screen packs in an impressive 400 ppi pixel density. The display looks crisp and clear. The outdoor legibility is too quite satisfactory. It does have better viewing angles.

The phone offers two display modes - Normal and Vibrant. Vibrant mode seems to have issues of over saturation. The normal mode is better off for day to day usage.

The screen is protected by Corning Gorilla Glass 3. Colors appear just vibrant. It offers you a brightly lit screen which can be read even under cloudy weather.

The phone is powered by a Qualcomm Snapdragon 615 octa core processor. The clock speed is a good 1.7 GHz. In fact four cores operate at 1.7 GHz, while the other four cores run at 1.0 GHz. Graphics are handled by the ever trusted Adreno 405 GPU. The 2 GB RAM is quite efficient in handling effective multitasking.
The Moto X Play comes in two storage variants of 16 GB and 32 GB. There is a memory expansion option to add up another 128 GB of storage space. Since there is a little price difference between the two variants, I would recommend you to opt for the 32 GB version itself. On the performance front, the phone does not seem to have any lags. Even the resource hungry games like Asphalt 8 run without any hiccups.
Snapdragon processors have been getting a few complaints about heat issues of late. Preliminary usage of the Moto X Play does not appear to suffer from such problems though.
There are occasional lags once in a while when switching between the apps. This problem is a bit more pronounced with quite a large number of apps running in the background.

Moto X in its original avatar had a lot of complaints when it comes to camera performance. Motorola appears to have paid heed to these grunts from the customers. Moto X Play carries a mammoth 21 MP rear camera. But, the question is how does the improved hardware perform in actual circumstances? Well, it definitely beats the other phones in this price range. The camera has a Color Correlated Temperature flash. Images shot in bright light and outdoors come really sharp. They provide a lot of details. Issues do arise with the autofocus though. The images appear a bit over exposed. There is a little inaccuracy with the color reproduction.

There are wrist gestures or voice commands to open the camera app. So you will not need to juggle with settings or icons when you are in a hurry to snap an image.

Now, when it comes to low light photography, the problem with auto focus gets more aggravated. The phone takes too long to focus. At times, you may observe total failure in proper focusing which can result in blurred images. The Tap-to-click is what creates much issues with the camera quality.

You may choose to use the Tap-to-focus feature which improves the quality of the images to some extent. I am not saying that you get awesome pictures, there is still some noise left – yet it works better. Videos shot on the rear camera are quite good and satisfactory. The camera ably refocuses while shooting a video. It can record HD videos at 1080p. The phone is also capable of slow motion video at 540p.

Moto X Play comes with a 5 MP front snapper for your selfie requirements. It does work quite satisfactorily.

As far as software is concerned, the phone remains similar to Moto G 3rd Gen. It runs on Android Lollipop 5.1. It does offer you a pure stock Android experience. For those of you who hate the overly done customisations on their smartphones, it could be a welcome relief.
There are not many bloatware preinstalled. The Active Display is a feature with which you can preview your notifications without the need to wake up the phone.
One of the features worth talking is the new virtual assistant from Motorola - Moto Assist. Developed as an answer to the Siri and Cortana out there, it can perform simple tasks easily. You can interact with your phone through voice commands. You can use gestures to open certain apps. It also lets you set profiles as per the location.

Battery is one of the best features the Moto X Play has in its kitty. You get a massive 3630 mAh capacity. It should be a good capacity fir a phone with 5.5 inch display. It easily lasts through a day of regular usage. Motorola has claimed that the phone can offer two days of usage on a single charge. Video looping tests on battery have been able to produce a result of 12 hours of continuous playback. Moto X Play supports fast charging.

On the connectivity front, the phone comes with 4G capability which has become a necessity in today's faster internet world. Apart from it, you get all the regular connectivity options like WiFi, Bluetooth 4.0, GPS and microUSB support. It also offers you one of the most "in-demand" feature these days - the USB OTG functionality.

Moto X Play has been launched in two memory variants of 16 and 32 GB. The 16 GB version is priced at Rs. 18499, while the 32 GB version carries a price tag of Rs. 19999. Given the minimal price difference between the two of them, it would really be a wiser decision to go for the 32 GB variant. The devices are available exclusively on Flipkart.

Agreed, the device does not come with any spectacular feature sets that stand out from the crowd. But, you get a better improved camera and a massive battery backup.

The Moto X Play is much comparable to Yu Yureka Plus. Yureka Plus incidentally comes at half of the price of Moto X Play. But, Motorola has a better record when it comes to after sales service. Also you will get timely software updates. I would give it a slight edge compared to the competing devices like One Plus Two and Yureka Plus.