Vivo has launched a new phone - Vivo X5 Pro. It seems to be priced a bit on the higher side. Does it have it in it to justify the price? We will analyse the device in a greater detail. 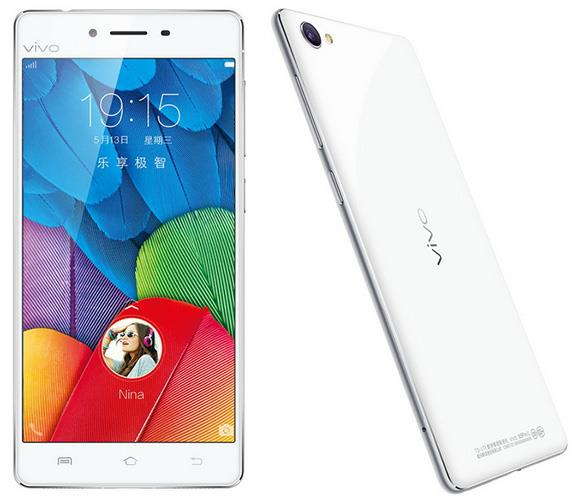 The design resembles other popular devices currently available in the market. It has premium looks with its sides made of Aluminium. It is really a beautiful device. Claimed to be constructed with Aluminium and Stainless steel alloy made using nano moulds and laser welding.

It is one of the thinnest devices out there with a thickness of just 6.4 mm. It comes with a unibody design which makes its battery non removable. The back panel too carries Corning Gorilla Glass making it smoother to hold. You get better handling because of curved edges.

The 3.5 mm audio jack sits on the top. Power button and volume rockers are positioned on the right side, Below it are placed the dual SIM card slots. The front side is the home for three capacitive navigation buttons. In a nutshell, the phone is quite premium in looks and easier to handle.

Vivo X5 Pro sports a 5.2 inch super AMOLED display. The full HD resolution at 1080p is quite amazing. I don't think  there is any need to describe the display quality other than stating of it being super AMOLED. It displays clear and vivid images. You will get sharper and clearer display. Even outdoor performance is impressive. The pixel density reads 424 ppi which should speak for itself. We would have expected a quad HD display at this price range, yet the full HD resolution is not that bad either. You get better viewing angles. Outdoor visibility too does not disappoint you. Color reproduction is quite satisfactory, though it appears a bit warmer.

The device is powered by a Qualcomm Snapdragon 615 octa core processor that has an impressive 1.5 GHz clock speed. The processor has been widely used and appreciated in most budget level smartphones. Graphics are taken care off by the trusted name in the GPU arena - Adreno 405. 2GB on board RAM should be more than enough for most of your multitasking needs. Though it has been observed to stutter once in a while, it provides you a lucid and smoother operation most of the time. There are occasional stutters and lags. Though it does not happen quite regularly, yet you will begin to notice it during your day to day usage.

Another drawback of the device is the internal storage. The phone comes with just 16 GB internal memory. One of the dual SIM slot doubles up as memory card slot. It means you will need to sacrifice the dual SIM functionality if you need additional memory. You can expand the memory by another 128 GB.

The powerful processor and the high RAM makes it a powerhouse when it comes to performance. Most of the resource hungry apps and games function flawlessly. There are some occasional lags that come to fore especially when you have other open apps simultaneously. We would not have expected such a behaviour on a smartphone at this price.

Vivo has always been claiming its camera to be the best feature on its smartphones. The Vivo X5 Pro sports a 13 MP rear camera. Not that it is not something to be unhappy about, but still I do not find it to have anything special to write about. Images shot in areas with adequate light come quite sharp and clear. Shots in a low light areas appear dull. Colors tend to be a bit dull. It seems as if the color saturation is not upto the mark. The rear camera comes with sapphire lens which offers better transparency. The camera features Face Detection Auto Focus technology which helps quicker locking into focus.

The rear camera seems to struggle while focusing when you attempt to take a photograph in close focus. There is no Optical Image Stabilisation. It could create issues of blur if you do not hold the camera steady. It does have HDR and Face Beauty which help you improve the dull images. In the front, you have an 8 MP snapper. It does take some high resolution images. But focus is again an issue here. Your snaps tend to be slightly blurred.

The Vivo X5 Pro runs on its own FunTouch OS. The OS is based on Android Lollipop 5.0.2. The interface differs much from the regular Android take ons we have witnessed so far. In many of its settings and menu options, it looks more like iOS than Android. As for instance, the settings are accessible with a swipe from bottom. You will get no app drawer as in the case of normal Android based smartphones. All your apps are placed on the home screens. The left capacitive button gives access to widgets and settings while in other Android devices it gives access to recent apps.

The phone is powered by a 2450 mAh Li-Po battery. It's a non removable one which may not be preferred by some users. It is expected to provide you around a day's backup. A moderate usage should offer you a backup of more than day.

On the connectivity front it offers you dual SIM functionality. However, the second SIM doubles up as microSD card slot as well. Put in clear words, it means you can either opt for dual SIM function or the expandable memory - but not both. As has been common with the current trend of smartphones, it offers you 4G compatibility. Other connectivity features include WiFi, Bluetooth, GAS and microUSB. It incidentally has USB OTG functionality.

The Vivo X5 Pro has its own share of flawed areas that need a lot of improvement. Camera is one such aspect that needs immediate attention. More so, as Vivo has regularly highlighted its camera. It makes its appeal with the beautiful premium design and super AMOLED display. However, we have been seeing budget smartphones coming up with better features at continually dropping price bar. Having to spend an amount of Rs. 25000 for a manufacturer who is yet to make a mark in Indian smartphone market could be a hurdle. I would not recommend the device for the budget conscious users on the look out for a feature filled smartphone.