Huawei has announced the new Huawei G8 on the sidelines of the event to launch its highly promoted and hyped device Huawei Mate S. Surprisingly enough, not much mention was given to the new entrant. Most likely to be placed on the shelf along side OnePlus Two and the upcoming Moto X Play. We will deal with the details of what does this new silent launch has an offer. 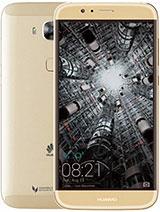 Keeping in tune with the current trend, the phone features an all metal body design.
There are heavy prominent bezels which could have been avoided. The all metal construction gives a premium feel to the device. Huawei has gone on record stating that the phone is made from 90% metal.

At just 7.5mm thickness, the phone weighs a hefty 167 grams. The extra bezels seem to be the reason behind the weight. It does have a textured finish. The rounded corners provide a comfortable grip while handling the phone.

The fingerprint scanner has been placed at the rear just below the camera. This is in contrast to what we have seen in competing devices wherein the fingerprint scanner is embedded with the home button. Right side of the device carries power button and volume rockers. Placement of these buttons towards the top edge makes it a bit difficult to reach the buttons with a single handed use.
Color variants available are Black, Gold and White.

Also Check Out: Huawei Honor 7; A Complete Review You Need Before Buying

Huawei G8 comes with a 5.5 inch display. The full HD resolution at 1080p translates into an amazing pixel.density of 401 ppi. The display is decent for the price band targeted, but appears a bit reflective . The IPS display ensures proper viewing angles.
Colors appear a bit too saturated. You get a good deal of screen brightness. The screen made of 2.5D glass is claimed to reduce scratches.
The display offers a crisp and clear viewing. Though one can not claim it to be the best in class displays out there, yet it is a manageable one at that.

The Huawei G8 comes with a 13 MP rear camera. Sadly enough, the camera does not feature much sophistication. It does have optical image stabilisation. The camera packs in a RGBW sensor. It aids in snapping images with a great deal of color reproduction. Dual LED flash lights up your images in the dull light conditions.

The phone also has a 5 MP front snapper. It is capable shooting some good selfies in tune with the price band at which the phone is targeted. One of the innovative features here - the selfie camera can be fired with the fingerprint scanner. This could be an added advantage for the selfie lovers.

Huawei G8 draws it's power from Qualcomm Snapdragon 615 octacore processor. The processor is 64 bit compatible which makes it future proof. The usage of a mid level processor does not affect the performance of the device. Here is a departure from what we have seen in previous Huawei smartphones. Instead of the in-house CPU found in the earlier models, we are witnessing a drift towards Snapdragon processor. Does it signify a new direction in the strategy planning by Huawei?

The processor has a good clock speed of 1.5 GHz which should give you a smoother performance. The device comes with 3 GB RAM which again makes it a force to contend with. In yet another plus,you get an enormous internal storage of 32 GB. You can add up another 64 GB for your additional needs using a microSD card.

The phone works most of the time without lags. The processor is capable of handling things with a breeze, it could have more to do with the hefty RAM you get on the phone. A good multitasking is always a big boon in today's age of heavy and power usage.
Graphics are taken care of by the trusted Adreno 405 GPU.

The G8 runs on Android Lollipop 5.1. Customisation by Huawei's own Emoticon UI has always been questionable. The UI is much colorful (sometimes too much over the fence) and fancy. The icons are quite uninspiring. There are a large number of unwanted bloatware which come pre installed. The overly customised skin differs too much from the stock Android experience.

The interface looks too kid-like. You can customise the looks with the themes, but there is not much of a choice either. For those who are fond of Android experience would feel offended with the extreme customisation observed on the Emoticon UI.

Finger print scanner is one of the smartest implementations. The positioning of the sensor is very well thought indeed. The sensor works accurately. In addition to unlocking your phone, it has several additional functionality added. Swiping on the scanner will bring up the notifications. While you are watching your treasured images in the gallery app, you can flick through the scanner to move forward or backward through your image collection. You can also launch the front camera with the fingerprint scanner.

The phone is powered by a massive 3000 mAh battery. On paper, it promises a great deal of backup. We may need to wait till the user reviews are available for an exact status of the battery backup.

You get 4G connectivity on the device. Other connectivity features of the phone include WiFi, GPS, Bluetooth and microUSB.

The Huawei G8 packs in a good deal of promising hardware. Though it does not look great compared to the competing phones, but still offers some premium features. The most disliked Emoticon UI can be a cause for some of us who cannot stand the overly done customisation. I do not think it would be capable of beating the ones like OnePlus Two or the Moto X Play. The fact that it has a couple of premium features at an affordable price could be a good reason to opt for it. Most important factor would be the pricing which is soon to be announced.