Samsung seems to have planned to make Galaxy S6 a hit in the face of competition. The new S6 Edge+ does not differ much from the Galaxy S6 except in the screen size. Is it being planned as a replacement for the Galaxy Note series? Even this possibility is quite unlikely. What is the purpose of this new variant of top end phone? However, it does not mean that the phone is bad in anyway. Let us list out the specifications and find how does the device perform. 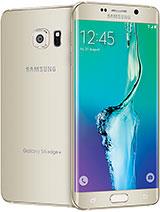 The Galaxy S6 Edge+ shares the same design characteristics of Galaxy S6 and S6 Edge. At physical dimensions of 154.4x75.8x6.9mm, the device appears a stretched version of Galaxy S6. It comes with the similar metal and glass unibody design on both front and back. The curved design makes it a bit tougher to handle the phone. There are some apps which have buttons on the edges which may be tough to access because of the curved design. The home button acts as a fingerprint scanner. The device uses a touch type implementation for finger print scanning. The scanning is quite faster and accurate. The two usual capacitive buttons flank the home button on either side. The phone is available in White Pearl, Black Sapphire, Gold Platinum and Silver Titanium color variants.

Samsung really excels in displays. The Galaxy S6 Edge+ more than proves it. It offers you a 5.7 inch quad HD SuperAMOLED screen. You get a resolution of 2560x1440. The display is quite vibrant and colorful. Watching movies in HD would be a treat on the bigger screen. The screen has Gorilla Glass 4 protection

The text appears quite crisp. The screen offers you a pixel density of 518ppi. The superAMOLED screen ensures a great sunlight legibility.

Samsung has always maintained its standards in terms of camera technology. It has been improving the cameras on its devices one after the other. The 16 MP rear camera is capable of snapping sharper and vibrant images. You will not need to play with settings to get your best shots - auto mode does it all. However, you have a Pro Mode if you are one of those photography experts.

The low light photography comes bright - thanks to the f/1.9 aperture. The improved Optical Image Stabilisation enhances the quality of images taken in low light conditions.

There is a Selective focus feature. It helps you get the background blur so as to make your subject standout. The Pro Mode offers RAW support. There is a IR White balance detector sensor which is equivalent to what we have seen in LG G4. This controls the light passing through the aperture based on the ambient light, thereby making your snaps clear and crisp.

You get live streaming over YouTube as in the Note 5.

In terms of video, it provides you a good amount of color saturation and depth. One of the added advantages is the 4K video recording capability. However, you would not notice much of a difference between the 4K videos and the regular 1080p recording even on a 4K monitor. So, I would suggest you to stick with the 1080p settings itself. You will also get slow motion recording at 720p@120fps.

On the front, you get a 5 MP front snapper. It too has a f/1.9 aperture and wide angle lens. The 120° viewing angles which helps you take group selfies without the need for a selfie stick. It comes with Live HDR feature and color filters.

The phone is powered by Samsung's in-house Exynos 7420 octacore processor. It consists of a quad core processor clocking at 2.1 GHz and another four cores operating at 1.5 GHz. Samsung seems to have decided to snap ties with Qualcomm and opt for its own Exynos processors which is a good decision not itself. A whopping 4 GB of RAM makes the device a delight with multitasking. Resource intensive apps and games work effortlessly. It works through the games like Modern Combat 5 butter smooth. The internal storage you get on the device is just 32 GB. There is no memory expansion options. Users are left with only 25 GB of user memory. It would have been practical to launch a 128 GB variant. However, there is no word from Samsung in this direction.

Edge+ comes with Android 5.1.1 out of the box. The customisation is by TouchWiz. Unlike what we have come to see from the TouchWiz UI before, the skin has been quite toned down. Agreed - it is not as clean as stock Android, yet quite leaner with much less bloatware. Even the pre installed apps like Microsoft Word and One Drive are useful indeed. Then there is Galaxy Apps which has quite a good number of Samsung specific apps you can download to your phone.

The phone also comes with a set of software meant for its curved screen. You just need to swipe on the Edge Handle brings up those apps. People Edge and Apps Edge are a couple of such examples. People Edge is an app that acts as a collection of your contacts. Apps Edge helps you access your favourite apps. However, the concept of Edge is still new and you won't have many apps that support Edge.

The phone is powered by a 3000 mAh battery. It provides you a full day backup with a moderate usage. You will get an average backup of around 85 hours. If you are into heavy usage habits, you should be able to get around a day's backup easily. The phone supports Quick charging. The Samsung faster charging technology can charge your battery from zero to 100% in just 90 minutes. Moreover, the battery comes with two battery saving modes - Battery Saving and Ultra Power Saving. Also the future update to Android Marshmallow 6.0 will bring the Doze feature to improve battery life.

The Samsung Galaxy S6 Edge+ will be available in India by last week of August. The device has been priced at Rs.57900. However, it could receive a price cut soon.

You can buy the phone at special introductory offer on the official Samsung India E-store. EMI options are available at 18 months no extra cost EMI on all leading credit cards. In addition, you get a free wireless charger and a one time screen replacement at Rs. 990.

Well, it is not that easy to decide on. It is a great phone indeed. Endowed with great hardware, it comes with awesome looks. There is no other device that matches it. No doubt - the edges for now have nothing spectacular to offer than just being a show off. You may fall in love with it - but it does not offer anything great in comparison to the original Galaxy S6 or S6 Edge.