Google launched the Android One program in India around a year ago with an aim to make the Android phones both affordable and far reaching. One year on, Android One seems to have failed miserably. That could have more to do with the compromise with hardware just to make the devices more cheaper. The new partnership with Lava is an attempt to make the platform perform more in tune with the mainstream devices. Lava Pixel One is the first Android One device to have a larger screen. Let us Check out the device in the following paragraphs. 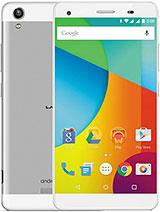 Though Lava pixel V1 boasts of being the first phablet from Android One, there is nothing spectacular to talk about. It has edges that are metallic and rest all is plastic. It is lighter for its size at 135 grams. Lava has to be appreciated for taking pains in making the device manageable while handling. It is thinner at 8.5 mm which should be the rare thing for a phablet this size. The device has rounded corners and thinner bezel.

The bezels look a bit larger. Audio jack and the microUSB jacks sit on top edge of the phone. Metallic coat on the sides makes the device looks a bit better. One must agree that Google has come up with refreshing changes in the design department in comparison to other three existing Android One devices, yet it is not the one to go gaga about. Handling is better than the other competing devices on its genre as it is lighter and thinner. Having said all this, it is not an awesome phone in terms of looks.

The Pixel V1 has a 5.5 inch IPS screen which is fully laminated. One would expect a full HD screen at this price point, but Pixel V1 has just a HD resolution. However, the display has received a boost in terms of screen size as the previous versions of Android One devices came with a 4.5 inch WVGA displays at 854x480 resolution. The display is protected by Asahi Dragontail Glass. The IPS display makes sure that you get better viewing angles. This is more helpful while watching videos. The outdoor visibility is quite comfortable.

The device is powered by a MediaTek quadcore processor which has a clock speed of 1.3 GHz. This is where you tend to feel let down. You get a 2 GB of RAM which is sure to provide you a lag free experience. The phone carries a mammoth 32 GB internal memory. In addition you can add another 32 GB of memory via microSD card. That should be the unique selling point for the device. The run of the mill processor makes the phone hang a bit if you are into heavy power usage. Phones like Yu Yureka Plus or Lenovo K3 Note will give you a better performance. Mali 400 MP2 GPU performs quite well. But, if you are expecting a world class experience, you are definitely in for a disappointment. Even the low sound on the built in speakers will ruin the gaming experience.

Using an older processor as found on the previous Android One devices makes no sense with the hiked price. Also most of the smartphones at this price are coming with octacore processors and as such usage of a quad core processor happens to be a backward step.

Google seems to have taken the camera department a bit seriously. Unlike the previous Android One phones, Lava Pixel V1 has a beefed up camera. It sports a 8 MP rear camera with f/2.0 aperture. The camera quality is better than what was observed on the previous generation of Android One phones. Having said that, I must hastily add that it is not up to the mark compared to the mainstream devices. The rear camera struggles with the focus. There is around a 2 second gap between clicking the button and the actual shot being taken.

A point of technical importance here - the rear camera is actually of 8 MP resolution which takes 13 MP snaps with the help of software tweaks.

Well, fortunately enough - same cannot be said about the quality of the images taken. You get good contrast and color reproduction in the snaps taken in bright light conditions. We are hoping for a software upgrade to solve the issue of slow shutter speed. The slower shutter speed results in some blurred shots. In fact, the issue has more to do with the stock Android camera app by Google. It has always been buggy even on their own phones like Google Nexus devices. I had gone into the comparison in one of my discussions on camera quality of flagship devices wherein it was observed to be lacking in many needed features. Google certainly needs to do something about the issue if they really want to beat the competitors.

The phone has a 5 MP front snapper. It has been stated to be capable of taking 8 MP snaps with software tweaks. It provides some great selfies if you can manage better lighting. Here again, you face the same issue of slow focus. Now, coming to the videos - the manufacturer says the rear camera is capable of HD video recording at 1080p. But, the videos shot on the device are not up to the mark. They tend to be choppy. This again has the same reason attached to it - lack of ability to focus properly. The focus does not transition as it should as you shoot.

This is the strongest point of the device. Android in its purest form is the best to experience. The Pixel V1 runs on Android in its latest version - the Android 5.1 Lollipop. It sure is a beautiful and easy to use OS. Rest assured, you can be sure to experience the best performance no matter the device does not possess better processor. The experience is snappy and totally lag free.

There are some pre installed apps like Flipkart. The software is the most liked feature of the phone.

The phone packs in a battery of 2650 mAh capacity. It can last a full day. Low resolution screen and the lower clock speed of the processor can be a reason for such backup. On an average, you should be able to pull through 14 to 16 hours with a single charge.

Biggest drawback of the device is the lack of 4G compatibility. We are flooded with 4G compatible phones for as low as Rs. 7000. We would have been happy had we got the 4G enabled phone.

The goodies in the phone

The screen size is impressive at 5.5 inch at the price has been made available at. Even the HD viewing experience is excellent. You can use it as your primary device for viewing multimedia files. Next comes the mammoth unbelievable storage capacity for the phone marketed at this price point. Apart from the 32 GB internal memory, you have another 32 GB expandable memory! Isn't that amazing? The third best part with the phone is the battery backup. It should go beyond 10 to 12 hours even with heavy usage. The most important factor that should go in favour of the device is pure Android software

What's not that good?

Camera is a big spoilsport. Lack of focusing ability and slow shutter speed make it the worst camera. The low end processor takes its toll on the performance. If you are a power user and tend to use resource hungry apps and games, I must say this is not a phone for you. Last, but not the least - a full HD screen was the most expected feature that could not be seen.

Reports suggest that there are issues with Google Play Music which fails to play the music files saved on the device. I guess most of the issues should be able to be fixed via a software upgrade. Hopefully, Lava or Google gives it a thought and comes up with an update.

Should you go for it?!

Google is definitely trying to make Android One competent enough to take on the mainstream offerings. But, Pixel V1 - sadly enough- fails miserably. Sure, the pure Android experience is the biggest plus point, but can that be the reason enough to woo buyers?

Lava Pixel V1 is definitely a big improvement over previous Android One phones. But, still there are better devices out there for even lower price band. Yu Yureka Plus and Lenovo K3 Note are the two good examples. The newer entrants like Xolo Black or Huawei Honor series too surpass the performance level of Pixel V1. Priced at Rs. 11350, we should have got something better.

I would advice you to go for it only if you are desperate for a pure Android experience and you are not a power user. Otherwise, you have far better options.

Lava Pixel V1 has received an update to Android Marshmallow. The update is available via OTA and measures 620.9 MB. Lava has not released any change log as yet. The update is expected to bring performance fixes and security measures.