It does not come as a surprise to note that most of the manufacturers are coming up with 4G compatibility in their latest launches. There is no shortage of 4G enabled smartphones in the Rs. 10K price bracket. We will list out a few such devices with a formidable combination of price and features. 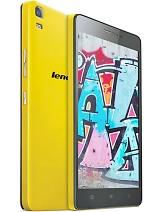 The Lenovo K3 Note has gained the distinction of being the most popular device in the sub 10K price band. It has sold out 47000 devices within a few seconds in its first flash sale in July.
Specifications
At a thickness of just 8.0 mm, it tilts the scales at 150 grams. Powered by a 1.7 GHz MediaTek processor, it has the top notch spec sheet that impresses all prospective buyers. The phone sports a 5.5 inch full HD screen. The onboard 2 GB RAM coupled with 16 GB internal storage makes it a true multitasker. You can expand the memory by another 32 GB via microSD card. The battery capacity of the device reads a massive 3000 mAh which can provide a talktime of upto 36 hours on 3G.
It comes with a 13 MP rear camera with dual LED flash and 5 MP front snapper. The camera quality does not let you down. Marketed with a tagline of "Killer smartphone", you can opt for it in Yellow, Black and White color variants.
Price
The device is available at Rs. 9999 exclusively on Flipkart. 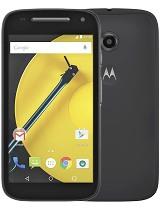 The Moto E second gen is powered by a Qualcomm Snapdragon 410 quadcore processor. The clock speed of the device is 1.2 GHz. Graphics are handled by Adreno 306 GPU. It does not have much high end specifications, yet qualifies to be a budget 4G smartphone.
It sports a 4.5 inch quad HD display at 540x960 resolution. The pixel density too does not impress much at 245 ppi. The phone comes with an internal memory of 8 GB coupled with 1 GB RAM which should be enough for a moderate level of multitasking. The battery capacity of the phone is a good 2390 mAh. Motorola claims that it should give you a backup of 24 hours of normal usage.
The bad part, however, is the average camera. It has a 5MP rear camera and a VGA front snapper. The device has water resistance features.
Price
The phone is available across online stores at Rs. 6999. Buyers are cautioned against the non 4G variant of the device which is priced at Rs. 5999. 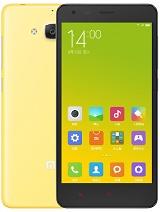 This is one of the best among the current breed of 4G smartphones. It comes with a 4.7 inch HD IPS display at 1280x720 resolution. Powered by Qualcomm Snapdragon 410 quadcore processor at 1.2 GHz, the phone runs on Android Kitkat 4.4. Available in multiple colors of White, Black, Yellow, Pink and Grey, the device also supports USB OTG functionality. You can get 4G connectivity on both SIMs.
The phone has a 8 MP rear camera while on the front it is equipped with a 2 MP snapper. In fact, the camera is the unique selling point of RedMi 2 . It is powered by a 2200 mAh battery that is claimed to provide 11 hours of backup on a single charge.
Price
Initially launched at Rs. 6999, the device has received a price cut after the recent launch of RedMi 2 Prime. The phone is now available at Rs. 5999.

Honor 4X comes with a 5.5 inch HD display at 1280x720 resolution. Powered by a Snapdragon quadcore processor, the device has a clock speed of 1.2 GHz. Adreno 306 GPU takes care of the graphics. It is one those rare devices featuring 2 GB RAM. Internal storage capacity of the phone is 8 GB which can be expanded by another 32 GB.
The phone excels even in the camera department with its 13 MP rear camera and a 5 MP front camera. It has good shutter speed. Images come quite good with lot of details. The battery capacity of the phone is a massive 3000 mAh. It has been claimed that it offers you 15 hours of 3G talktime.
Price
You can buy this device for Rs. 9999 from Flipkart. 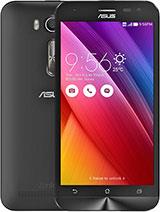 This is one of the recently launched smartphones from Asus. The Asus Zenfone 2 Laser boasts of a 5.5 inch HD IPS display at 1280x720 resolution. It is one of the earliest devices to come with Gorilla Glass 4 protection. 16 GB inbuilt storage can be expanded by 128 GB via a microSD card.
Powered by Snapdragon 410 processor, it has a clock speed of 1.2 GHz. You get 2 GB of onboard RAM which is effective in smoother multitasking. It has a 3000 mAh mammoth battery capacity capable of a good backup of upto 14 hours on 3G.
The phone has basically been marketed as a camera centric device. It features a 13 MP rear camera which has Laser auto focus. Asus claims that it can lock into focus within half second. The front camera on the device has 5 MP resolution.
Price
The is available at a price tag of Rs. 9999. 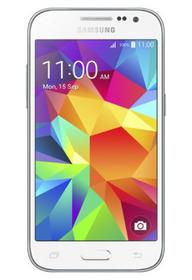 Powered by 1.2 GHz quadcore processor, the phone offers 4G connectivity on one of the SIMs. The 1 GB onboard RAM may not be sufficient for the today's usage styles especially the notorious TouchWiz UI. The internal memory available on the device is 8 GB.
The camera on the rear of the phone has a 5 MP resolution while that on front is of 2 MP resolution. Even the battery capacity is not upto the mark at 2000 mAh.
Price
You can buy this smartphone at around Rs. 9500 across different online stores.

So, here was a a quick compilation of the affordable 4G smartphones under the sub 10K price bracket. If you are ready to spend a bit more, you have huge number of high end phones. The devices listed above should be of much interest to the entry level enthusiasts who would wish to experience the magic of 4G at no extra cost. If the readers come across any other devices that qualify to have their presence in this list, I would be happy to add them.

A good collection of all the best 4G smartphones under Rs. 10K. I like the Lenovo K3 Note from all the above mentioned smartphones in your list. My friend recently bought it and after experiencing it for different purposes like gaming, photo shoot, video recording and other we both found it to be really a value for money smartphone.

The best experience we got in was the camera quality and the gaming performance. We played some HD games on it and even after playing them for a long time we didn't faced any serious heat issue with this smartphone. We just played those HD games without any facing any lag and with the smooth performance or the speed.

Well, that's the reason I have placed it at the first position. That one is my favourite as well. It has all the top notch specifications that can be found in a high end expensive smartphone, yet the phone is available at an affordable price tag.

However, for those who want a low cost 4G device, Lenovo has just announced the Lenovo A2010. It will be available via a flash sale on September 3 on Flickr for which registrations are currently on. You can get this phone at Rs. 4990.