Samsung Galaxy Note 5 has just been announced. Does it differ in any way from the current devices in the series? The Note series has always been presented as the epitome of technological greatness of Samsung. They have always been launched with better camera and greater screen along with newest software. However it does not seem to be the case this time. Samsung Galaxy Note 5, more or less emulates Galaxy S6. We will analyse the new offering in our discussion here. 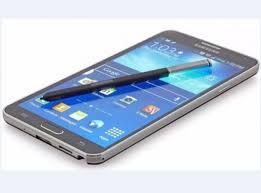 With the physical dimensions of 134x76x 7.6 mm, the device weighs 171 grams. The Note 5 has design similar to Galaxy S6. It comes with straight sides and slightly curved corners. In comparison to the Note 4 , it appears slimmer. With the same screen size as on Note 4, it has a more streamlined experience as far as handling is concerned.

You will find the typical Samsung real estate where you get two capacitive buttons siting on either side of the physical home button. The home button also serves as a fingerprint scanner and a Google Now call up. There is no removable battery available nor do you have options of expandable memory slot. Bottom of the phone has a microUSB port, a headset jack and S - pen holster.

Samsung Galaxy Note 5 comes in two color variants - Black Sapphire and White Pearl. Look wise, it appears more brighter and radiant when placed beside Note 4. For years we have seen Note series staying away from the S series before, but it seems to have changed this time with Note 5. The Note 5 resembles the Galaxy S6. It arrives in a similar unibody design with a little changes here and there. You have metal edge around the phone, while the front and back are covered with glass. The glass back is a bit of cause of concern as it accumulates smudges.

Backside of the device carries flash and heart rate monitor placed next to the camera.

Note 5 sports a 5.7 inch Super AMOLED screen. The qHD display with 2560x1440 resolution is impressive. You get a massive 518 ppi pixel density. Samsung has always offered the best in class displays. Note 5 too does not disappoint you. The Super AMOLED display is the king of them all. Images and video clips look crisp and clear. Blacks are rendered deep while colors are vibrant and sharp.

No need to mention Corning Gorilla Glass 4 protection as it has become a standard with the Samsung devices.

Hardware specifications again are similar to those on Galaxy S6. It is powered by octacore Exynos 7420 processor. The clock speed is an impressive 2.1 GHz. Samsung normally never used Exynos processors on global devices. This should be the first time that a longstanding partnership with Qualcomm seems to have come to an end. However, the Exynos processor has proved it's prowess on Galaxy S6. The phone has 4 GB RAM as compared to the 3 GB RAM that Note 4 had. Moreover, you get LPDDR4 RAM thus providing you with next generation of multitasking ability. Graphics needs are taken care of by Mali T-760 MP8 GPU. Most of graphic intensive apps run super smooth.

Now coming to internal storage, you can opt for either a 32 GB version or a 64 GB version. Thinking of hiking up the memory? Sorry- you may need to look elsewhere. Galaxy Note 5 has no expandable memory.

You have access to a fingerprint scanner built into the home button. The scanner has touch type implementation which makes it easier to use. Then there is a heart rate monitor and the S - pen which make it a complete package.

Non availability of expandable memory can be a biggest disappointment. Remember- Note 4 had memory expansion support upto 128 GB. With Galaxy Note 5, your maximum storage capacity is limited to 64 GB. It could be something that could drive the prospective buyers away.

We have always come to see Samsung launching newer camera with every edition of their Note flagships. It seems to have changed this time. It shares the same 16 MP rear camera as on Galaxy S6 and Note 4. However, there are smaller changes under the hood. The Note 5 has employed a larger sensor compared to that on Note 4. It should be noted that Note 4 had f 1.26 while the one on Note 5 has a f 1.9 sensor. This helps you to get more light into the camera which in turn snaps better images.

It also has Optical Image Stabilisation.in addition to a good range of modes. The camera hardware remains similar to what has been found on Galaxy S6. But, we have some additional upgrades in terms of software. You now haveVideo Collage Mode. Then there is a new live broadcasting feature to YouTube. You can stream a live broadcast to the YouTube right from your camera app.

You have the RAW support . However, I have strong doubts about why it has been added on Note rather than on a Galaxy S6.

The device carries a 5 MP front snapper. This again is an upgrade from a 4 MP camera we had on Note 4. Incidentally, it is the same camera we have observed on Galaxy S6. It again has some unique and useful features like Beautymode to give a better look to your images. You have a wide angle lens that is helpful in clicking better selfies.

The camera is capable of 4K video recording. You can view the recorded videos on a 4K TV as well. It can record videos in a 2160p resolution at 30fps and 1080p videos at 60fps.

The Samsung Galaxy Note 5 runs on Android Lollipop 5.1. It has been customised by TouchWiz UI. One must agree that the latest iteration of TouchWiz has become leaner after series of allegations of being full of bloatware and RAM hungry. Unnecessary gimmicks and pop - ups have been done away with.

We have come to accept the fact that Samsung has been improving its S - pen every year. There are little changes this time around as well. The button on the S-Pen has been slightly recessed from the remainder of the surface to help avoid accidental presses. Another change is that you will now need to push in the pen into the chassis to take it out than pulling it out. It works more like a retractable pen. A simple yet thoughtful implementation indeed!

There is a new design ofAir Commandwe have found before. You get a list of frequently used apps in a circular box that appears whenever you bring the pen closer to the screen.Scroll captureis the new feature that has been added as a S-Pen app. It will be helpful in taking screen shot of a whole page. There is no need to take multiple screen shots of a long page. Another new option has been added that helps you annotate PDF files just by writing on them.

Strangely enough, the battery capacity has lost some of its juice from Note 4 days. Note 5 has a battery of 3000 mAh. Note 4 had a 3200 mAh battery capacity. Moreover, the removable battery on previous version has been changed over to an embedded non removable battery. So that means some loss on flexibility as well. This might have some effects on the backup you can get from the device. Samsung might have presumably pulled the plugs on resources being used. Also you have access to two power saving modes - regular power saving mode and an ultra power saving mode. This could be of some help in making the battery last a little longer. It has support for Quick Charging. Both PMA and WPC quick charge standards are supported.

It has almost all the sensors you may need like accelerometer, gyroscope, proximity sensor, compass, barometer and heart rate monitor. You also get a finger print scanner as stated before.

Samsung has stated the Note 5 will be available at stores on August 21. We may need to wait for the exact availability across regions. Price is yet to be announced. Hopefully, it will be priced less than what you have to pay for Galaxy S6 Edge+. I will update here as soon as the pricing and actual availability is announced.

Gone are the days when Note was a great device. It has now lost the charm with many low cost devices being launched in this genre. The biggest strength of Note 5 remains to be the S-Pen which makes it special. Also the definition of flagship for Samsung seems to be changing. Note series always used to be the launch pad for new software and design elements. Samsung has always kept the design parameters of Note series away from that on S series. However, thus time around it has completely changed. Note 5 has a strong resemblance to Galaxy S6. However, we should also note that the phone packs in some innovative features. YouTube live stream is one of them while improved S - pen functionality adds up the value to the device. One may point out the devices that are cheaper, but remember it is a Samsung device and Samsung devices are not made cheaply.