Is your Windows 10 installation having trouble with audio? If yes, then this post has the workaround for you to try before you rollback the upgrade. These fixes might just save you from giving up on newly upgraded operating system. 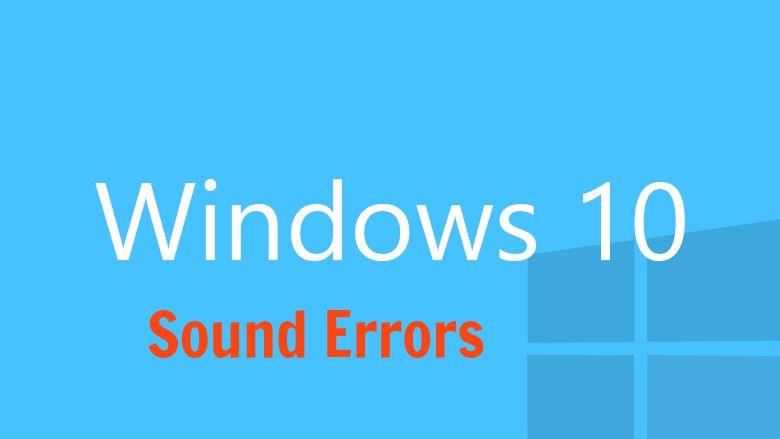 VIA HD Audio Driver
Hardware with VIA HD audio driver seems to have partial audio support on Windows 10. That means some music apps will work with this driver. However, some apps will simply don't able to interface with it. However, you can still use one method to fix this. Follow the step below to fix this behavior of driver.

This temporarily fixes VIA Audio issues for some machines. Not all machines will be able to support this fix though. However, for most of the upgrades this method works so if you happen to have this issue, then give this method a try.

Also Read: How to fix errors that occur while upgrading to Windows 10

Realtek Audio Driver
Realtek audio driver doesn't have an easy workaround. So only option you have is either uninstall the current driver and use generic Microsoft driver. You can also try and reinstall the driver and see if that helps. Realtek users have found that most of the fixes not working on their machines. That leaves us with only option of waiting for official drivers from the manufacturer.

SoundMax Driver
Windows 10 has yet to fix some issues with this driver. So you have to wait for the official update to be released to support at least generic driver to support SoundMax.

Conexant SmartAudio HD Drivers
Conexant seems to have issue with the sound effects being interfering with the normal speaker sounds. So you get to hear the humming sound while hearing speaker sounds. Follow the steps below to fix the Conexant driver behavior.

This fix will work to get rid of the humming sound that is being added to the speaker.

Another issue that Conexant suffers is from memory limitation. Microsoft officially has issued a fix for this.

Generic fix that works for most of the audio drivers.

Changing lower or higher bitrate also helps for some devices. For example, you can select either 24bit/44100 Hz or 24bit/192000Hz option and you may notice driver being supported for these settings. You have to make these changes in playback devices > current device > properties button > advanced tab.

Doing this for every driver issue will either install generic windows driver or it'll prompt you to install manufacturer driver.

Most of the audio issues can be fixed by disabling HD Dolby support or enhancement options. However, some drivers may also need to be reinstalled to work properly on Windows 10.
If your audio driver is not listed here then follow these tips to troubleshoot the issue.

1. Update the windows - Microsoft may release the driver fixes in upcoming months. So updating the windows may fix audio broken drivers.

3. Use generic windows drivers - In case of if you don't get the updates from windows or official driver website, you can use the generic driver from Microsoft. If everything fails, this is the option that will work for you.

If you own hardware which has yet to get official fix then you have to wait for the updated drivers to be released. Some drivers will get support from Windows update in upcoming months. Keep tab on official driver websites for updated drivers.