Xiaomi has launched RedMi 2 prime as a purely "Made in India" device. It has been manufactured in a new facility at Sri City in Andhra Pradesh. 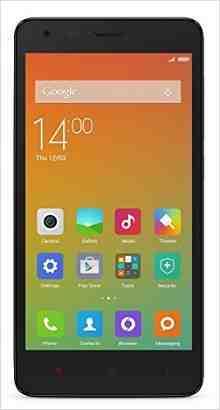 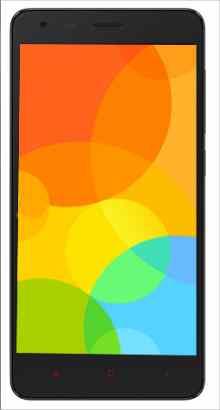 In terms of design, it is too difficult to tell the new device from the old one. They are totally identical in every respect as far as the design is considered. Both of them have the same physical dimensions of 134x 67.2 x 9.4 mm and both of them weigh 133 grams.

Even the build remains the same on the both the variants. They have the similar plastic back panel which is removable. In short, there is no distinguishing feature to make one better than the other.

Again, Xiaomi has decided to keep the specifications unchanged. You get the same 4.7 inch IPS LCD screen. The resolution of the display is 1280x 720. Now that the device has been upgraded, we would have expected a full HD screen. In spite of a price hike, it is strange to see why Xiaomi stayed away from improving the same. Maybe they have saved it for further launches. Xiaomi has informed that they are coming up with more India centric phones from the new facility in Andhra Pradesh. The pixel density remains same as on the original version at 312 ppi.

So we end up seeing the comparison being a tie in the display department.

This is where Xiaomi has undertaken the real upgrade. The original RedMi 2 was powered by Qualcomm Snapdragon 410 quadcore processor. The clock speed is 1.2 GHz. The newer RedMi 2 prime continues to have the same processor inside. Graphics are handled by Adreno 306 GPU on both the phones.

The changes have come up in terms of internal memory. The original Redmi 2 had a 8 GB internal memory. The same has now been upped to 16 GB in line with most of the phones in budget range which have this in common now. The 1 GB RAM on the older device has now been increased to 2 GB. This will ensure lag free multitasking abilities. You get memory expansion options via microSD card up to 32 GB on both variants.

The battery too has been kept unchanged at 2200 mAh. It would have been better had the capacity been beefed up a bit.

The RedMi 2 is priced at Rs.5999. You will need to pay Rs. 1000 extra for the new upgraded version. Priced at Rs. 6999, Xiaomi Redmi 2 prime faces competition from lesser known brands like Intex. Incidentally, the older version was launched with a price of Rs. 6999 which later got a price cut.

Well, considering the hiked up internal memory and the RAM, RedMi 2 prime is great choice to go for. However, if you consider the competitors with much better features, it may not appear a great deal. If you want a choice between RedMi 2 and Redmi 2 prime - latter will be the better than older version. Else, it would be better to opt for alternate options which provide added features at  lower price.

Xiaomi Redmi 2 arrives- What's inside it?

Xiaomi seems to be on the march to capture a significant share of Indian smartphone market. It has been launching device after device providing high end specifications at an affordable price tag. It has recently released an upgrade to its Redmi 1S- in the form of Redmi 2. What does this new entrant has on offer? Let us dig out a few facts and feedback about the new offering from Xiaomi.