Just about a year or so, OnePlus was a name that was non-existent. Then it launched OnePlus One out of nowhere and rivalled the best known brands. The phone became a talk of the time within no time. Now, One Plus has come up with the successor to one of the most successful devices of last year with One Plus Two. Labelling it as the "Flagship Killer of 2016", they seem to have set a high target. Basic question however is - does the One Plus Two really justify itself to be a upgrade for the One Plus One? We will dissect the details one by one to find the difference between the two devices. 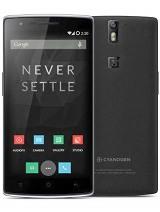 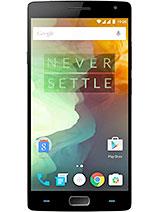 One Plus One had a polycarbonate body. Now with almost every manufacturer going "all metal" way - Samsung being the latest primary example - it would have been a big surprise had One Plus not followed the norm. One Plus Two has encompassed  the new mantra and gone all metal. The magnesium aluminum alloy frame along with buttons made of polished steel and the additional steel accents make the device look more premium. The device comes in a Sandstone Black rewr cover as default. You can opt for additional covers that are made of real wood. The StyleSwap covers come in Kevlar, Rosewood, Bamboo and Bkack Apricot variants at a price of $27 each from the official website. The One Plus Two looks more premium and classy compared to One Plus One.

The new device weighs a bit on the heavier side at 175 grams compared to the 160 grams for the
predecessor. But, this increased weight is due to the all metal unibody construction.
Another addition from the design point of view is the finger print scanner. It implements the touch type functionality for the scanner. You can unlock the phone with five of the stored finger prints. One Plus Two is a bit thicker than the original device at 9.9mm while the One Plus One had a thickness of 8.9mm.

Another change from the predecessor is the new USB-C charging point whereas the One Plus One had the old style microUSB port. One Plus Two has also added a "first on Android" feature from the design perspective - the Alert Slider. It allows you to toggle the default notification preferences to All, None or Priority. The slider is positioned on the side of the device. You can set your notification preferences without the need to wake up the phone.
The navigation keys have now become customisable. You can set which key is the app switcher and which performs as the back button.

The One Plus One had a 5.5 inch LCD screen. It was the big thing when the phone was first launched. The firm has decided to retain the size as on the original device, but undertaken further changes in the ways. It now employs a in-cell IPS display that improves the viewing angles and sunlight legibility. The screen has 1080p resolution just like that on One Plus One. However,  it is now more brighter.

One Plus One was powered by Qualcomm Snapdragon 801 processor. The new device now has replaced it with the Snapdragon 810. The choice of processor has raised a few eyebrows because of heating issues reported with the latest offering from Qualcomm. However,  One Plus has claimed that it has worked in close association with the Qualcomm engineers to design and optimise the processor. It has also been claimed that the new processor is equipped with newer version 2.1 of the chipset which solves the heating issues. Qualcomm on the other hand has stated that it is the same chipset used for all its customers. The new processor is layered with Graphite which fixes heat issues by evenly dissipating the heat generated. One Plus has claimed that the One Plus Two is the " Coolest phone ever".

In view of the improved multitasking, One Plus has upped the RAM from 3 GB on One Plus One to 4 GB for the new offering. Please note that the 64 GB variant will have 4 GB RAM while the more sober 16 GB version sticks to the 3 GB as on the One Plus One. Having more RAM means an added advantage with faster multitasking.

One Plus One has always been praised for its camera quality. The new device retains the 13 MP camera as on the One Plus One. A few under the hood improvements have been incorporated. The camera now has a wider aperture which means more light is allowed inside. This will be immensely helpful in low light shots. Optical Image Stabilisation has been improved. This will help your images be less shaky or grainy. A Laser Focus which is said to focus within 0.3 seconds has been an added feature. One Plus seems to have taken the queue from LG.
Though it may not have the classy camera as on the other competing brands like Samsung Galaxy S6 or LG G4, it does have its own positives and would serve most users with good results.

OnePlus One had a great battery backup. It was powered by a 3100 mAh battery. You can expect to get it better on the new device. One Plus Two has upped the battery capacity to 3300 mAh. However, the additional battery power may not give extra backup because of the hiked brightness of the display.

Also See: One Plus Two vs Meizu MX5 - Which one should I buy?

One Plus One runs on Cyanogen OS 12 based on Android Kitkat. It was planned to be upgraded to Cyanogen OS 12S which is based on Android Lollipop, but some legal issues between One Plus and Cyanogen ended it all.
One Plus Two now brings along with it a new operating system Oxygen OS 2.0. This is a new operating system developed by One Plus. Based on Android Lollipop, the software provides a near stock Android look. In a surprising deviation from what we have come to see from most of the Chinese manufacturers, the skin is quite leaner. There are no gimmicky customisations. It has a few gesture controls, a Shelf feature and a Dark mode (probably inspired by a similar feature on Android M) and that's all - rest of it is pure Android.
Being a new software, Oxygen still needs to be improved, yet it does not disappoint either. One Plus will be coming up with a few tweaks and improvements through an update soon after the launch.

One Plus Two is truly an impressive upgrade on One Plus One. It has added up a lot of new features to the already popular phone of 2014. Looks have really improved a lot. How it battles it out with Samsung, Xiaomi and LG is yet to be seen, but as an upgrade to your existing One Plus One - it is a good buy.