One Plus One was a flagship killer smart phone which was available across India through Amazon via invite codes only. It lived up to the expectations of its users. But recently One Plus revealed their most awaited smartphone, One Plus 2 on a pretty reasonable price as well.

OnePlus One was a ground shaking experience for its user across India. But recently One Plus revealed their most awaited smartphone, One Plus 2 on a pretty reasonable price as well.

64 GB variant of One Plus 2 will be available in India with same invite procedure followed by OnePlus One for Rs. 25,000. It will start rolling out from August 11. 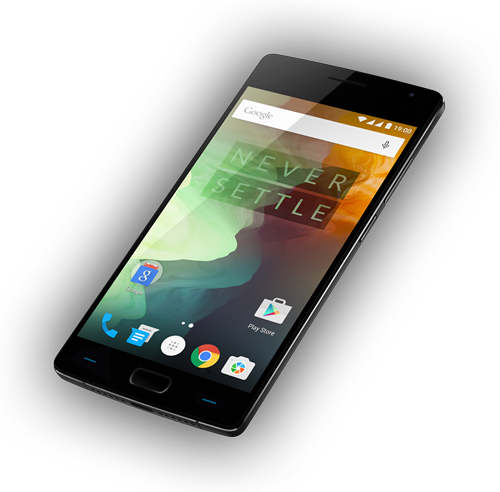 OnePlus One was praised by every one for its eye catching beautiful design which came in Sandstone Black by default, sticking to the tradition One Plus 2 will be available with primary color of Sandstone Black but with vast range of back covers officially from the manufacturer which will give your smartphone a better look and more safety as well.

Frame of magnesium and aluminium with stainless steel provides very classy and premium feel to the phone. OnePlus 2 users will see a Samsung style button at the bottom of the phone which will help you navigate to the home page. It will come with an Ultra-HD 5.5-inch LTPS LCD display which is identical to OnePlus One. iPhones are always in news due to their unbeatable design but this time they will need to worry a little. It is somewhat heavier and thicker than its predecessor. Somewhere you will find absence of quick charging and Qualcomm's Faster Charging technology. It comes with a USB Type-C charging port which is used in Apple's MacBook 2015 as well. There will be an absence of NFC but Fingerprint Scanner doesn't let its users feel it.

One Plus 2 will feature a 13-MP rear camera accompanied with 5-MP front facing camera. You will find some features of OnePlus One such as Dual LED Flash and f/2.0 aperture. Apart from this, One Plus 2 comes with an advanced optical Image Stabilization System and a 1.3 millimeter sensor which collects lights from the surrounding and deliverers better images in low-ligh captures. It can focus in just 0.3 milliseconds and shoot in three different modes: HDR, Beauty and Cleanshot.

One Plus 2 is said to support 4k and RAW images after first on-the-air update. It will be also fixing some issues with the camera.

This will run on Qualcomm's Snapdragon 810 which was infamous for some heating issue but One Plus claimed that they worked with a group of Qualcomm engineers and covered the processor with some layers of Graphite but outcomes are still not disclosed. It will comes in two variants - 16 GB and 64 GB and there will be no slot for memory card as usual. 16 GB variant will come with OnePlus One's 3 GB RAM whereas 64 GB variant will feature a 4 GB LDDR4 ram which will give an amazingly fast performance. It will support Dual-SIM slots both equipped with 4G LTE technology. It will also come with latest 802.11 a/b/g/n/ac Wi-Fi with Wi-Fi, DLNA and WiFi hotspot. Bluetooth's version 4.1 with A2DP will help you to transfer files from one device to another with better speed than other devices. It will run on an 3300 mAH battery which is said to last a full day on moderate use.

It is a perfectly crafted smart phone with a good option of 16/64 GB storage and 3/4GB RAM. Another mind blowing feature of this phone will be Laser Focus. You can blindly go for this phone if your budget is around 25K.

Source of Images - https://oneplus.net/2 (Official website of One Plus 2)x

The biggest change from One Plus One in this new device is the improved camera features. Not that One Plus One camera was greatest of all, yet it was good for most of the users. The same has now been improved with Optical image Stabilisation and Laser Auto focus. Laser auto focus seems to be an idea brought from LG. One Plus claims that this feature lets the phone lock into focus within 0.3 seconds.

Uograding to a 64 bit processor is viewed as being a step towards being futureproof. Though the processor has reports of heating issues, One Plus has stated that it has taken care to fix the issue.

Finger print scanner is a welcome gesture. Priced at half of the price of a Galaxy S6, it could be a phone that can capture a good chunk of the smartphone market.

By the way, One Plus seems to have been planning to deliver what it has promised. The first ever update for the Oxygen OS has started rolling out. The version number has now reached to 2.0.1. The update brings up fixes for the issues observed with pinch to zoom feature on Google photos app. Battery life has received improvement. The vulnerability observed with stage fright security has been fixed with the update.

The update has been out a couple of days ago. One Plus has confirmed that the update is rolling out in India and will be available to the One plus Two users in a phased manner.