One Plus Two had been in the news even before the launch. There has been heavy influx of rumours and leaks about the features of the new device. Targeted at the flagships out there ( Incidentally at the flagships of next year!), we will have a look at the device in comparison with the topmost flagship of the year - Samsung Galaxy S6. 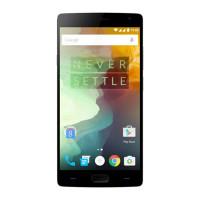 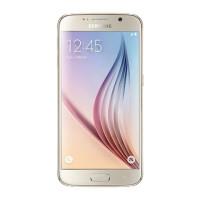 The One Plus Two is bigger in every dimension than the Samsung Galaxy S6. However, in terms of the looks both the devices sport a premium appearance. The One Plus Two has a metal frame and stainless steel accents. The corners on One Plus Two are sharper while those on Galaxy S6 are rounded.

Galaxy S6 undertook the much needed departure from the plastic to all metal and glass unibody design. The phone has a typical Samsung look to it with the centrally located Home button, flanked on either side by the capacitive navigation keys.

The One Plus Two too has the central Home button which also works as a fingerprint scanner. The fingerprint scanner uses a touch type implementation. It is a good gesture. This is an added advantage over the other competing devices which needs the phone to be woken up. Galaxy S6 also implements a similar technology.

Samsung scores over One Plus Two in terms of handling experience. With its sleeker and lighter design, you will find it easier to handle than the One Plus offering.

Samsung Galaxy S6 comes in a variety of colors. One Plus Two gives you the option of optional additional back covers - made of " real wood". These optional rear covers will be available from day one from the official website at $27 per cover.

One Plus Two offers a 5.5 inch Full HD resolution. Smartphone community was looking forward to a Quad HD screen. It could be a cause of disappointment. However, the 1080p display is not that bad either. The in- cell IPS display provides excellent viewing angles. Even the outdoor visibility is quite good. It has the brightest ever screen found in the current breed of flagships. The screen on One Plus Two has a 401 ppi pixel density.

Samsung Galaxy S6 has a smaller 5.1 inch quad HD screen. You get a massive 577 ppi pixel density. The AMOLED screen makes everything on the screen crystal clear and sharp. One Plus does not match the kind of details as can be seen on the Galaxy S6.

One Plus Two is powered by Qualcomm Snapdragon 810 Octacore processor. The processor supports 64 bit architecture. The clock speed is a good 1.8 GHz. Graphics  are handled  by Adreno 430 GPU. The device comes in two memory variants of 16 and 64 GB. You get 3 GB RAM for the 16 GB version, while 64 GB version comes with 4 GB RAM.

Samsung has skipped Snapdragon for the in house Exynos octacore processor. It is being seen as a good move in the right direction. It is available in additional variant in the form of a 128 GB internal memory apart from the 16 and 64 GB versions. Galaxy S6 packs in a 3 GB RAM. The processor has been well optimized to work with the now leaner TouchWiz UI.

Snapdragon 810 processors have earned a bad name for their issue of overheating. One Plus has claimed that it has been working in close association with the Qualcomm engineers to make the processor optimised by using the latest version 2.1 chipset. It claims that the processors are layered with thermal gel and graphite which helps in evenly dissipating the heat generated. However, Qualcomm has stated that they have been using the same version 2.1 chipset for all manufacturers. The claims by One Plus needs to be analysed after the due launch.

One Plus Two runs on OXYGEN OS.The OS has been developed by One Plus. Based on Android Lollipop 5.1, the OS is almost similar to stock Android. It does not bring with it any fancy features like most of the skins from other manufacturers come up with. Apart from a few gesture controls, the software provides an almost stock Android experience.

Samsung Galaxy S6 comes with Android 5.0 Lollipop out of the box. It has been customized by the proprietary TouchWiz. Samsung has always drawn flak for its TouchWiz interface. This time, however, Samsung has optimized the interface to be the most stable. The UI is leaner than what it used to be before. You can now add your custom themes. There are not much pre-installed apps which means less bloat ware. Toned down TouchWiz is much responsive.

One Plus Two has a 13 MP rear camera with auto focus and dual LED flash. The camera has received an upgrade from what it used to be on One Plus One. It now has improved Optical Image Stabilisation and a wider f/2.0 aperture. The newly added Laser Focus ensures quicker focus. One Plus claims that it can get focus in just under 0.3 seconds. It does support 4K videos.

Samsung Galaxy S6 has a 16 MP camera which has smart Optical Image Stabilisation. A few camera features have been added which makes snapping pictures easy. It provides a "Tracking Autofocus" feature which helps you track  the focusing a moving object. There is a revamped HDR mode. In fact, the Galaxy S6 camera has already made itself a big name to reckon with in 2015.

Battery and Other features

One Plus Two comes with a unique feature in the form of Alert Slider. It allows you to set notification preferences. You do not need to wake up the phone to set them to All, None or Priority. It also supports the new USB-C port which is the first in an Android device. However, this technology not being so new at the time Galaxy S6 was being conceptualized, it cannot be treated as a drawback for it.

One Plus Two has dropped the NFC feature which is a big disappointment. Galaxy S6 has NFC along with heart rate monitor.

What would I think?

I do not think there are any major differences among the two devices for an average user. For advanced users, however, Galaxy S6 seems to have many positives. One Plus has improved the camera with the OIS and Laser Focus. But, camera app provided by Oxygen OS is not up to the mark. Samsung's the new smart and fast camera app really excels. One factor that goes in favour of One Plus Two is the price. You can get a One Plus Two for less than half of what you may have to pay for a Galaxy S6. It could be an issue that can set you back. But, if you feel money is not the sole factor to be considered while buying a smartphone - then I would say Galaxy S6 gains more points in its favour than One Plus Two.