One Plus One was a huge success with its affordable pricing and impressive hardware. The new One Plus Two seems to do the same once again. Termed as "The Flagship Killer of 2016"( it's still second half of 2015 and this shows the level of their confidence) by the manufacturer, the phone does not seem to disappoint the expectations.
Here we go with the details on what's inside this new device. 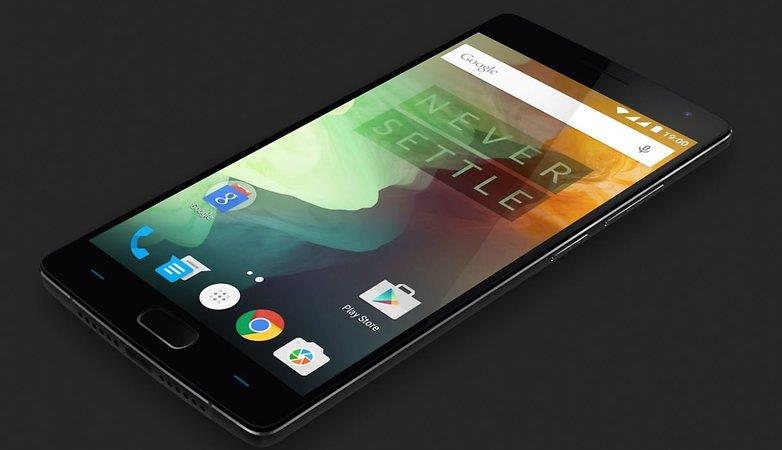 One Plus Two comes with many firsts. It will be shipping with a newer OS - Oxygen OS developed by One Plus. It will have 4 GB RAM. It is going to be the "full metal" device and will give you the option of opting for the real wood for back panels.

Also Read: One Plus Two over One Plus One - What has changed?

The phone will have full metal body. The aluminium - magnesium alloy frame gives it a premium look. The phone will ship with Sandstone Black rear cover. You can buy the optional rear covers which are made of "real wood". The optional covers will be available in Kevlar, Bamboo,  Rosewood and Black Apricot. Each will cost $27 on the official website. (The Indian equivalent of the cost is not yet revealed). 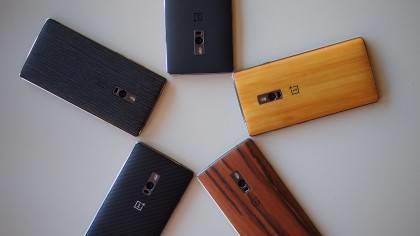 Physical dimensions of the device read 151.8 x 74.9 x 9.85 mm and it will tilt the scales at 175 grams. The weight appears to be a bit on the heavier side, but it has more to do with the metal body.
The One Plus One successor sports a 5.5 inch Full HD in - cell IPS display. The display has a resolution of 1920x1080. Pixel density is quite impressive at 401 ppi.
The phone has a beautiful display. It has 178 degree viewing angles. It provides you good sunlight legibility.

The One Plus Two is powered by Qualcomm Snapdragon 810 Octacore processor with a clock speed of 1.8 GHz.. The processor supports 64 Bit architecture which makes the phone future-proof. There are some reservations among the smartphone community about the Snapdragon 810 processor. It has earned the "distinction" of having heat issues. However, One Plus has stated that it has been working closely with the Qualcomm engineers on the design of the processor. The processor has been integrated with the new version of the chipset (version 2.1 to be precise). Processors are layered with thermal gel and graphite over them. The graphite effectively dissipates the heat generated by the processor evenly. This eliminates the concentration of heat at one place. One Plus claims that the phone is "cooler than ever".
It will be available in two memory variants of 16 and 64 GB. The graphics needs of the device are handled by the trusted Adreno 430 GPU. 16 GB version will be equipped with 3 GB RAM and the 64 GB  variant will have 4 GB RAM.

One Plus Two has a 13 MP rear camera. The camera has six element lens, dual LED flash and f/2.0 aperture. The sensor is capable of great low light shots. The company has claimed to have incorporated improved Optical Image Stabilisation. The camera can record 4K videos. You can record videos at 2160p resolution at 30fps. There are three shooting modes available - Clear Shot, HDR and Beauty. The camera supports slow motion video at 120fps. Zooming in while taking snaps seems to have problems as of now, but One Plus has assured that it is coming up with an update shortly after the launch. The update will also enable RAW images. Images taken are quite clear and sharper.
Though the specifications of the camera seem to be unchanged from the original, One Plus has claimed that it has come up with massive improvements under the hood.
On the front you will get a 5 MP snapper. It can record HD videos at 1080p.

The phone is launching along with it a new software. The device runs on Oxygen OS developed by One Plus. The OS is based on Android Lollipop 5.0 . It has some innovative features. As a first in smartphone, it has "Alert Slider" which helps you access the notification settings. The alert slider has three profiles for notifications - " None" to disable all notifications,  " Priority" to allow the notifications from your priority contacts and "All" to allow all notifications.  The on screen navigation buttons can be toggled on if you are uncomfortable with the capacitive buttons. There are some great gesture controls.
The phone does not lag much. Resource hungry games run quite smoothly.
The OS appear quite interesting. However,  it would be too early to compare it with other well established OSs.

The phone packs in a massive 3300 mAh non removable battery. It should be able to provide you with a days backup. But, the CEO of the firm adds in that it may not last as the predecessor One Plus One. Practically, that should be expected given the bump in the resolution and extra bright screen. One Plus Two support dual SIM functionality, but you will need Nano SIM to use on this device. 4G connectivity is available. Other connectivity features include Bluetooth 4.1 (the latest version), WiFi, DLNA and GPS.
The device comes with a fingerprint scanner. You will be able to unlock your device with five saved fingerprints. The phone has USB-C support and comes with a stylish looking USB-C cable. You get multi-color notification LED as seen in Samsung Galaxy series. Sensors on the phone include digital compass, accelerometer, gyroscope, proximity, ambient light.

The 16 GB version of OnePlus One will be priced at Rs. 22999 and the 64 GB variant will have price tag of Rs. 24999. The phone will launch in India, UK,US, EU and China on August 11. India will see the launch of 64 GB version on August 11. The 16 GB version will be made available later this year.
One Plus has tied up with Amazon where the One Plus Two will be available for purchase via an invite. You can register for the invites on Amazon.

One must agree that One Plus Two looks excellent on paper. From the experience one has had with One Plus One, this new device too seems to be a winner. By claiming itself to be the "Flagship Killer of 2016" One Plus Two has been targeting the phones that will be launched next year. Considering the price for the 64 GB model, it should not be a bad buy either.