Micromax has launched an updated version of its Yureka in the form of Yu Yureka Plus. The phone has been planned as a competitor to Lenovo K3 Note.
Looking at the upgrades have come with the device, it looks like Yu Televentures has done to Yureka what Lenovo has done to A7000. In other words, just like Lenovo upgraded its A7000 to carve out K3 Note - Yureka has given the same kind of facelift to bring Yureka Plus. 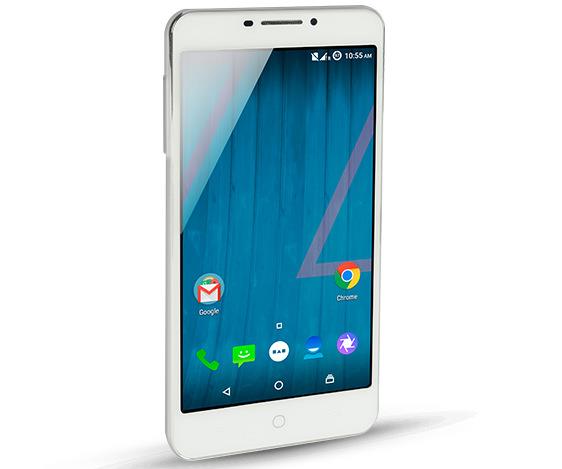 Yureka was launched with a 5.5 inch HD display at 1080x720 resolution. The new Yureka Plus has the same screen size, but the resolution has been bumped to 1080p. There is an improvement in the pixel density of the screen on Yureka Plus. As compared to the pixel density of 267 ppi on Yureka, the new device has a better 401 ppi. It has been a clever strategy aimed at taking on Xiaomi Mi4i which has an impressive 441 ppi pixel density. Both the siblings have a Gorilla Glass 3 protection.
The display is quite bright. Color reproduction is better and text looks sharper. The screen has a good viewing angle and better sunlight legibility.
The physical dimensions of the phone remain identical to its predecessor. Yu has not yet mentioned the weight of the device, however we can assume it to weigh at around 155 grams. In terms of the build quality, the company has stated that the new Yureka Plus has reinforced casing with sturdy polycarbonate.
Incidentally, the firm has released a teaser video wherein the phone is dropped from varying heights and still works fine.

An additional color variant has been introduced along with the existing Moonstone Gray in the form of Alabaster White.

Yu Televentures has not come up with any changes in the processing capacity as well. Yureka Plus is powered by the same Qualcomm Snapdragon 615 octacore processor. The processor supports 64 bit architecture. Snapdragon 615 is not one of the great processors though, it had heating issues in many of the devices including Yureka. Yu seems to have listened to the feedback and taken measures to control the issue.
It has the same 16 GB internal memory as in the original Yureka. It has a 2 GB onboard RAM which should be good for effective multitasking. The phone has an expandable memory slot supporting up to 32 GB. That too has not changed from its elder brother.

The camera too is similar as in the old Yureka. The new device features a 13 MP rear camera with Sony Exmor sensors. However, the sensor version has been improved from the IMX 135 on older device to IMX214 sensor on the Yureka Plus. Other camera features have remained unchanged. It has Blue-lens architecture, 5 element lens, 75.4 degree wide-angle, full HD (1080p) resolution recording and LED flash.
The device comes with the same 5 MP front snapper as on the Yureka. The front camera has a wide angle lens and improved Blue Lens architecture.
Indoor photography in low light produces quite a noise. Outdoor images come satisfactory.

Despite of the bump in the screen resolution, the battery capacity surprisingly stays the same at 2500 mAh. Users were expecting an improved battery capacity for the new device. Having the same battery affects the backup time severely. Yureka had a standard talktime of 15 hours and a standby time of 210 hours. Yureka Plus has a reduced talktime of around 8 hours and a standby time of 210 hours. 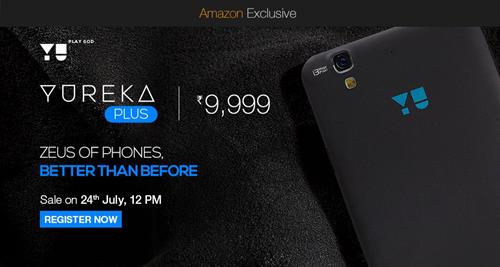 The new Yureka Plus has been priced at Rs.9,999 thus making dearer by Rs.1,000 than the predecessor. Registrations have already begun on Amazon India. The first flash sale will go live on July,24 at 2 pm.

What I would think?

I did not find any improvements from the days of Yureka. In essence, it carries forward the good things from the Yureka , while at the time has an upgraded display. It will be in direct competition with the Lenovo K3 Note with the similar set of specifications and price. It needs to be seen how both of them fare against each other.